My friend Maria and I got our degrees at the same time – hers in Engineering, mine in Mathematics. These subjects, in case you aren’t aware, are tough! There were classes we really had to struggle with, fight to get through, and survived only by digging our fingers in with everything we had. Along the way, many of the people who started at the same time we did dropped out, changed majors, etc. They quit. Maria and I didn’t and we have degrees to show for it.

Maria and I came up with a saying, “We’re not quitters, we’re failures!” We’d rather fail a class three times and eventually pass it than quit and resign ourselves to the idea that we “just can’t get it.” That kind of sob-story defeatism has to be expunged from your mind. While there ARE things that you can’t do – like flying via pixie dust – most of the things you want in life you CAN have, but only if you treat failure as a part of the learning process. If you see failure as an end, that makes you a quitter.

You can’t succeed at anything if you quit. Don’t be a quitter, be a failure.

Fitness goals are interesting in their abstractness, they can be quite oddball (who really NEEDS to squat double bodyweight?), and they can take a very long time and a lot of energy to accomplish. Without a willingness to endure failure you’ll never reach your goals.

Here are a few examples of failures that made good to keep you inspired to keep failing and never quit.

J.K. Rowling, the author of the Harry Potter novels was waitressing and on public assistance when she was writing the first installment of what would become one of the best selling series in history. The book was rejected by a dozen publishers. The only reason it got published at all was because the CEO’s eight year old daughter begged him to publish it.

“Failure meant a stripping away of the inessential.” – J.K. Rowling

Now, if that isn’t a great Zen line, I don’t know what is! 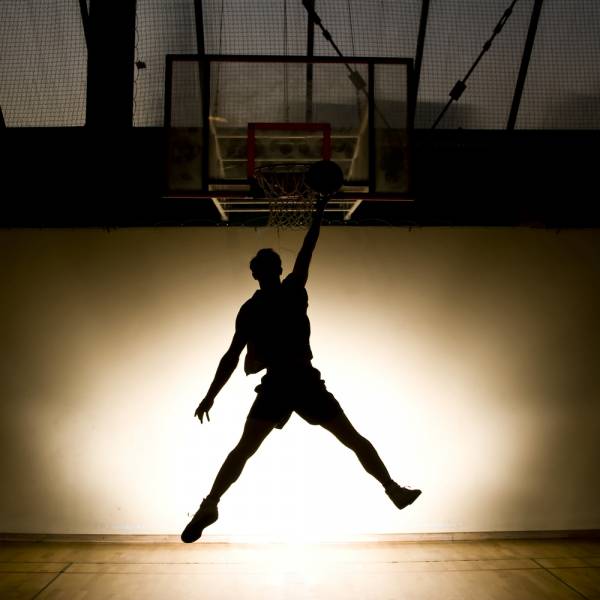 It might come as a shock, but the man who became what many would call the best basketball player of all time didn’t make his high school basketball team.

“I have missed more than 9,000 shots in my career. I have lost almost 300 games. On 26 occasions I have been entrusted to take the game winning shot, and I missed. I have failed over and over and over again in my life. And that is why I succeed.” – Michael Jordan

Thomas Edison was both hearing impaired and fidgety. He only lasted three months in school where his teachers said he was “too stupid to learn anything.” He eventually was home schooled by his mom. In talking about his invention of the light bulb, he said: 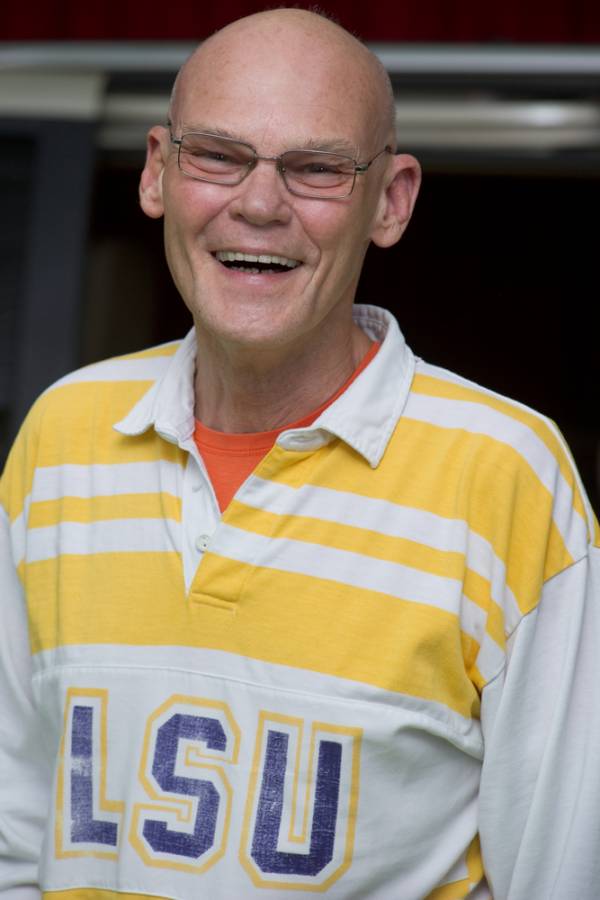 When I was a kid I was obsessed with political campaigns the way other kids were obsessed with sports. During the 1992 Presidential campaign there was no greater superstar-whacko than Clinton’s political operative, James Carville. With his shaved bald head, snake-like facial features, and his deep Louisiana accent he seemed like a man out of the Twilight Zone!

He’s now considered to be one of the greatest political operatives of a generation. But, before he ended up on that fateful campaign in his early 40’s he was dead broke, had won only a handful of elections, and had never even been approved for a credit card. On paper, he looked like a complete failure. By not giving up he ended up in the White House. 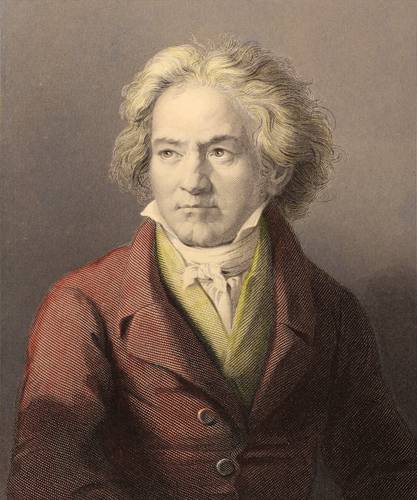 His early skills at music and the violin were decidedly less than impressive. His teachers thought him hopeless. It was his father who saw the potential in him and took over his education. Beethoven slowly lost his hearing throughout his life and yet, four of his greatest works were composed when he was completely deaf.

“Beethoven can write music, thank God, because he can’t do anything else!” – Ludwig van Beethoven 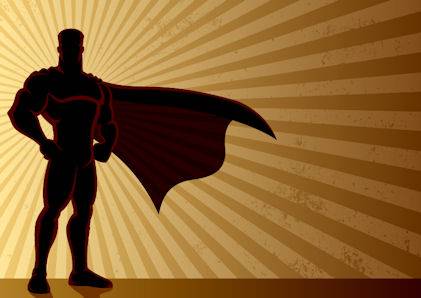 The man who played Superman becoming a quadriplegic was more than ironic – it was tragic. He never learned to be happy about his situation – who could? But, he did learn to live with it.

“In the morning, I need twenty minutes to cry. To wake up and make that shift, you know, and to just say, ‘This really sucks,’ to really allow yourself the feeling of loss. It still needs to be acknowledged.” – Christopher Reeve

He had to take a moment everyday to acknowledge where he was, what the reality of the situation was. But, he didn’t allow that to stop him. He traveled widely doing public speaking on behalf of people with spinal injuries, tirelessly raised money for his own and other foundations, and even became a movie director. He took what he had and tried to help others in the best way he could. 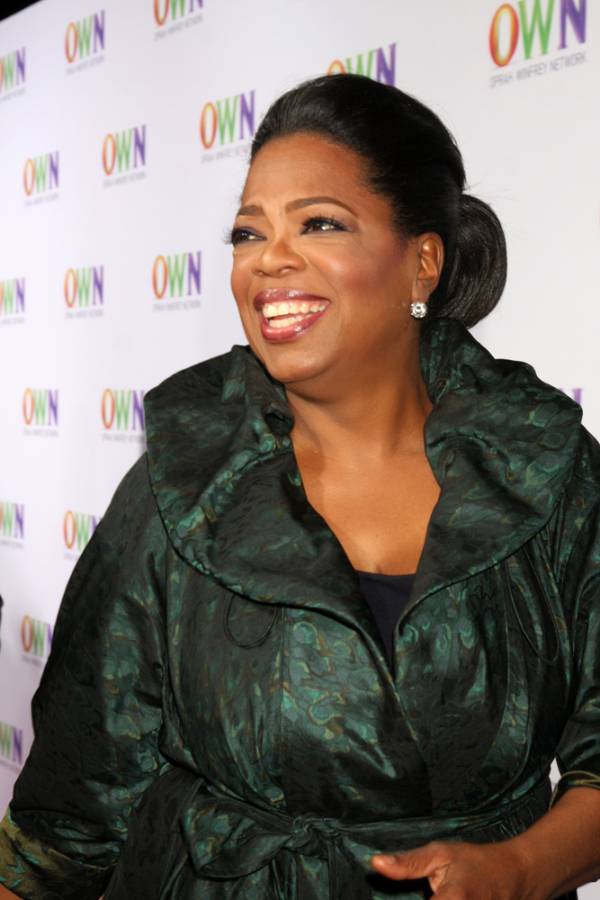 Her childhood was frightful and filled with horrible abuse and abject poverty. But, like most successful people, Oprah doesn’t dwell on stuff like that.

Oh, what the heck, I’ll give you a few more! You can never have enough inspirational stories to keep you going.

The man was a manic depressive. He could barely function half the time. He never saw success in his lifetime, but his work is often regarded as the greatest painting ever done by any human on earth. Because of this, his name has become a war cry for artists around the world who have been repeatedly rejected and sidelined.

“Even the knowledge of my own fallibility cannot keep me from making mistakes. Only when I fall do I get up again.” – Vincent van Gogh

Wilde, the British play-write and satirist was gay during a time when being gay could get you prison time. And it did. Unlike our examples above, Wilde started out privileged, with successful parents. He ended up being quite famous in his own life, but he died an early death as a direct result of his imprisonment. What is instructive is that he was willing to lose everything – and did – rather than pretend to be someone that he wasn’t. He also never lost his wit.

“Life is too important a thing ever to talk seriously about.” – Oscar Wilde

I’ll close with another quote by Michael Jordan.

“Some want it to happen, some wish it would happen, others make it happen.” – Michael Jordan