Last week, in part one of our interview with Dan John, we heard his thoughts on how to be a good coach and the future of the fitness industry. Never one to mince words and having decades of experience on which to base his opinions, Dan had some great insights to share.

This week, though, let’s first take a step back and see how Dan John got to be Dan John, and then talk about how he intends to stay Dan John for a long time to come.

Dan came from an athletic family. According to him, every major sport was represented in the family and his cousin was even an NFL defensive player of the year. “Our street football games would have an NFL player and a couple of college football players,” said Dan. “That was our cousin’s picnic. So, I learned to take a hit when I was about nine years old.”

It was at Southwood Junior High that Dan would first encounter a simple, but effective strength program:

It was at Southwood that I met Mr. Freeman and the Southwood weight lifting program. You do a set of 8, you do a set of 6, and you do a set of 4. And when you get all those you add weight the next workout. We did power clean, military press, front squat, and bench press. I sit back now, after all these years, and I think to myself, “You know, that was perfect.” It was a great workout. We had tumbling in his class. We had to do an obstacle course every day. It’s so funny because that was normal training when I was growing up. Now if I said we tumble and we do an obstacle course, people would be all, “Oh man, you guys are like special forces.” No, we’re just in the damn tradition of training.

As he began high school, Dan was actually small for his size. Ever the student, he sought out expertise on how to get bigger and stronger:

Just before ninth grade I got a book named Seven Days to Sunday, by Eliot Asinof, and on Wednesday the football player named Ken Avery talked about being undersized and how he built himself up. I was 118 pounds in the ninth grade and playing middle linebacker. I was a little small, so I really fell for what this guy had to say. In the spring he did the 880, the high hurdles, the shot, and the discus.

So began Dan’s journey as a thrower, but like everything else he applied not only his physical skills, but his mental prowess as well. 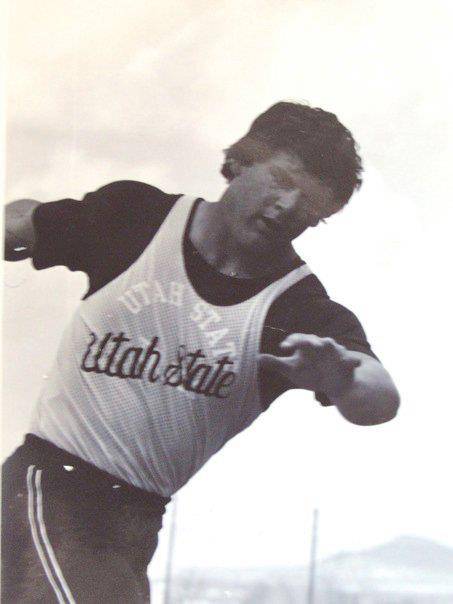 Which brings us to one of the overriding principles in Dan’s philosophy, both as an athlete and a coach – longevity. Many athletes and younger coaches are shortsighted in their training, going for the quick and aggressive methods of making progress and getting wins. But, for the smart athletes and coaches, it is about staying healthy and maintaining performance over time.

My goals, even when I was a good athlete, were always longevity. It’s great and I have won many important things, the Pleasanton Highland Games and the Nationals and things like that. And those white moments of glory are really wonderful and it’s great, but you know what – the next day you get up and housekeeping wants to get in your room and you drink coffee just like everybody else. So I’ve always had this nice vision of the long-term and I try to really sell that to my athletes and the people I work with.

In practical terms this means keeping your training simple and planning out your year so that you have six to eight weeks where you truly train hard. Dan uses an analogy he learned from working with the military:

From the military I got this idea of red light, green light, yellow light. Red light is when you’ve got a total hip replacement, wrist reconstruction, your fingers getting sewed back on, your knee has a hole in it – these are all my injuries – that means you’ve got to stop and reconsider. 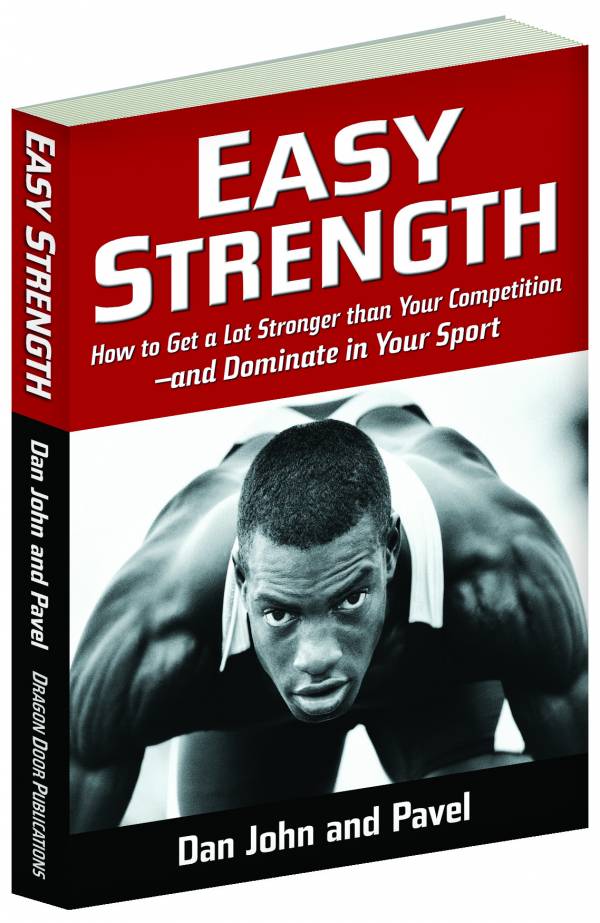 I tell people you probably have two six to eight week periods a year where you can just light it up. That’s what I call green – where you can just turn the volume to eleven. Eight months of the year you should be on something I call in my book “Easy Strength.” Easy strength is this idea that you go in and grease the groove on strength movements and you train. You might learn skills. And then two to four month a year turn the knob up.

The idea of easy strength versus the green light is not just something that applies to competitive or amateur athletes. It also has a place in the training of regular gym-goers and the typical weight-loss clientele. As a coach instead of pushing his clients so hard, Dan focuses on longevity and consistency in their training:

I can help you with your longevity by being bright enough to know, if you’re a working mom I might only have one six week period a year, probably January or February where we can light it up and the rest of the time, God bless you for coming in, we’re just going to hang in there.

Here’s what happens – the New Year comes around and people do three impossible workouts, Monday, Wednesday, and Friday and they don’t come in for the rest of the year. My argument is, have 200 easy workouts this year. That I guarantee long-term will surpass those three hard workouts the first week of January.

Dan’s goal is that the skills you learn today and the strength you build today is there to serve you for decades to come, that your fitness regimen adds to the quality of your life rather than takes away through injury, overtraining, or a level of intensity that just cannot be sustained. Shared Dan:

If I met you for the first time when you were eleven years old, I would love it if at age 81, when you slip in the tub, you do that shoulder roll I taught you to survive and think kindly of me for teaching you that. That’s always my vision.

Interviewing Dan John is quite an experience, so we are going to have yet another part to this interview series – come back next week to hear how Dan deals with athletes in different “quadrants” (which he discusses in Easy Strength), from professional athlete to the average weight-loss client.

Read Dan’s article, an excerpt from his book – Increasing the Deadlift for the Collision Sport Athlete.

To learn more about Dan read the rest of our feature interview: