Last week we talked with Jon Engum about finding balance, mainly between building strength and maintaining or increasing mobility. This balance is the focus of John’s career as a coach, both in teaching martial arts and instructing kettlebells. In fact his new book is aptly titled Flexible Steel.

I was curious what drove Jon Engum to become a coach. Plenty of people pursue athletic careers without becoming coaches, but some people discover a passion and calling for teaching and helping others. For Jon, the journey began back while he was studying martial arts, and with the encouragement of the woman who would eventually become his wife:

I started assisting my instructor, as a lot of young martial artists do. They do an apprenticeship to get a higher ranking. I had a natural ability for it and people who were close to me – well, she wasn’t my wife then, but she said, “You’re so enthusiastic and you’re there rooting for them. You have a real gift for this, and you need to go after this and pursue it because you have something that a lot of other people don’t.” And that was it. With her backing me and pushing me, she gave me a little nudge in the right direction, that’s where I went. I’m lucky; I don’t have to work a day in my life because I’m doing something that I love.

That nudge his future wife gave him is the same thing Jon enjoys giving his students. For him, coaching is about finding ways to help people get better and achieve their goals, and when necessary, revealing to them their unrealized potential.

Helping people achieve their potential isn’t always easy, though, and Jon finds working with children to be one of the most challenging things in coaching. Often he sees children grow into their teenage years and have the positive influence of martial arts give way to the negative influences of peer pressure.

The most challenging thing is young people, maybe 13, 14, 15, 16 year olds that have all this natural ability – more than I have! They might have that much in their pinkie finger, and you see them start to go down the wrong road. That is heartbreaking. It’s very heartbreaking to see someone have so much potential and get sidetracked because of peer pressure and bad influences out there. And, you know, for every one of those you have an awesome success story, but the most challenging thing is seeing that or seeing kids that are from a really tough background, and seeing how their life has taken shape when you know it could have been so much better for them if they had just focused and worked on achieving their goals and pursuing athletics instead of, you know, monkey business. 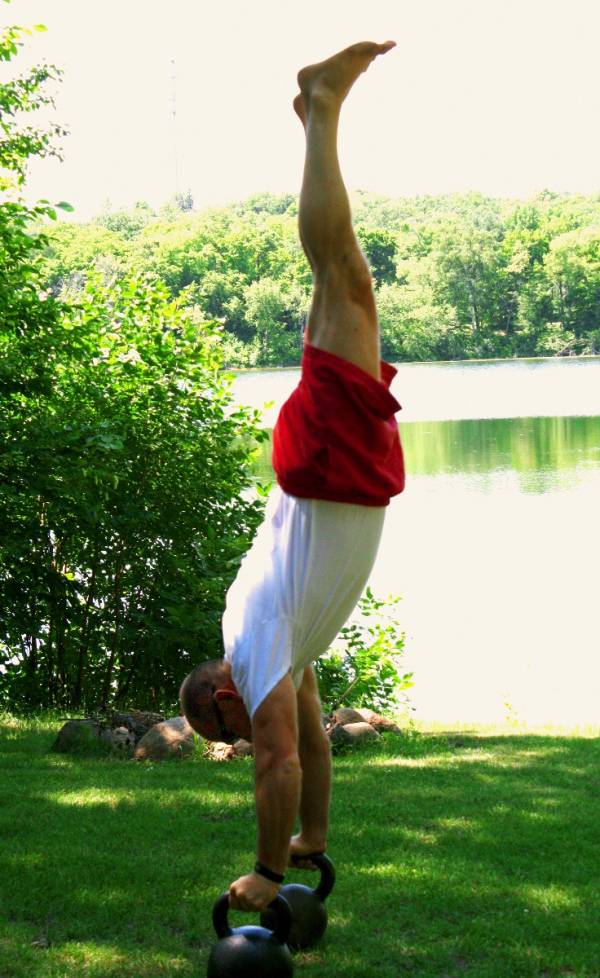 Whether it’s keeping kids on the right track or introducing adults to kettlebells – recently Jon, Mark Cheng, and Kenneth Lee introduced kettlebells to South Korea – Jon focuses on a combination of technique and fun. It all comes back to moving well, feeling better, and enjoying yourself, no matter what age you are. Without the element of fun, Jon feels your training is incomplete. In fact, it’s one of the two things he considers necessary for being a great coach:

So a coach needs to be a good communicator, he needs to be a good role model, and he also has to work pretty hard to keep things fun. Because if they’re not fun, I don’t care how dedicated you are, if you’re not getting a kick out of your training, or at least getting a kick out of the competition aspect, you’re not going to stick with anything very long. There’s a big movement, especially like Peter Lakatos’s Primal Move – one of his basic philosophies is you need to go and have fun. If it’s not fun, things start to hurt, so you need to put some play back into your training.

When it comes to coaching, Jon thinks the best way to become a good coach is to find a good coach yourself. Just as he grew up as an apprentice in his martial arts school and later under Pavel Tsatsouline, Jon suggests aspiring coaches find a mentor.

I think the best that a coach can do is line himself up with a mentor and become like an apprentice – even if you have to volunteer. If you have to work under a world-class coach, someone like Dan John or Pavel Tsatsouline, or someone like that – that’s priceless.

The biggest mistake Jon sees aspiring coaches and trainers do is to go out on there own, without the guidance of a mentor or senior coach. This results in potentially many years of making unnecessary mistakes and starting from scratch, as opposed to inheriting systems and evolving under the tutelage of someone who has been there before. And really this is what a coach should do, at whatever level they are. As Jon explained:

That’s what a coach does, he inspires people…he’s been there before, so he can bring them up to his level and show them some shortcuts. And that’s one thing that a great coach has, he has the ability to communicate and teach these shortcuts, and better ways to move, and better ways to achieve the goals so that people don’t have to reinvent the wheel.

Want to experience Jon’s coaching? Click here to get started on your four weeks of free workouts with Jon.