Finding the Fire Inside You

I wasn’t born an athlete, but I discovered in college that I had a fire inside me. That fire drove me. We all have a fire inside that we need to grow and nurture. Here’s how I believe you can do that.

I wasn’t born an athlete, but I grew up with a passion for baseball and sports in general. Though I played sports enthusiastically, my talent only took me as far as junior high. I went to a perennial powerhouse high school, and unless you were a gifted athlete, you weren’t going to make the team even to ride the bench. So much for my career as a second baseman for the Yankees.

With a lack of high school sports experience, I had never spent much time in or around a gym by the time I arrived at adulthood. In college I had a roommate who was a weight room junkie.

With partying, the beach, and girls at my disposal the weight room hardly seemed like a good use of my time. However, I wasn’t really in a position to judge since I hadn’t really experienced working out. My roommate told me to try it before knocking it, so I did.

Something happened in that weight room. I found my fire.

I was able to compete and this time it wasn’t about talent, it was about heart. There was one competitor to beat and that competitor was me. I immediately realized no one could stop me from being in great shape but me – no one.

I was hooked and I’ve never looked back. Years later the same mentality led me to the world of the martial arts and boxing. Again, I realized that same lesson in a martial arts school and a boxing ring – heart matters.

In most endeavors in life, talent matters to a degree, but as you grow up and mature, you learn in life that heart matters more.

A lot more. When we find our fire we find our true selves and our authenticity. Bringing the fire to compete with ourselves leads us to another cornerstone in the foundation of success – respect. Fire won’t guarantee you a result, but it will bring you respect, no matter what the outcome.

Today, if you’re lacking the fire, get out a piece of paper and start with the question, “What do I love?” It’s a process. I started with this question many years ago and I am still working on it.

As Will Smith said, you have to find your truth and be willing to die for that truth. We have one shot at this life and if you’re lacking the fire you best get moving. If I have learned one lesson in life recently, it is this – life is precious, it is short, and we will be remembered for our fire. What we are passionate about defines us.

Fire isn’t about personality. There are plenty of introverts who have huge amounts of passion and fire. In fact, personality sometimes is mistaken for fire. The real essence of fire cannot be faked.

Fake exuberance is easy to spot and we all know plenty of people who talk a good game without the fire to back it up. Fire really is synonymous with heart, and in the end that is all we have. Love, respect, giving, teamwork, sharing, caring, empathy, and courage all come down to one’s heart. 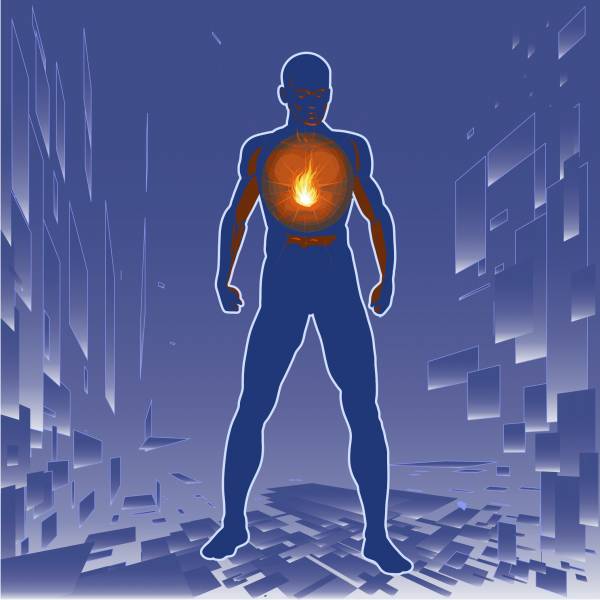 I wrote several weeks ago about the topic of ‘gameness,’ which is prevalent in the greatest fighters and even in certain dog breeds like the pit bull. Gameness is fighting for what you love.

Fire requires a spark and it also requires maintenance. You have to stoke and kindle a fire. Building a solid belief about your self requires the faith and the knowledge that something can be done. The wrong elements can extinguish a fire as well. To build a strong burning flame start with these basic building blocks:

Will Smith also talked about a lesson he learned as a child in building a wall.

Fires are built like walls. One piece of kindling at a time until you have a raging roaring fire.