Cleaning Up Your Dirty Clean: It’s All About Technique

Olympic weightlifting is as popular as ever, and there are some common mistakes in the clean that need to corrected to stay safe. 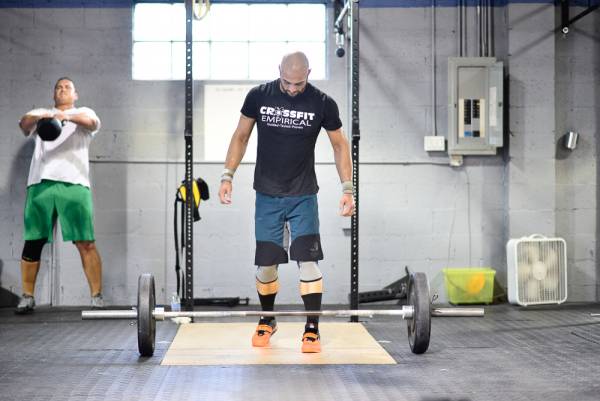 The rising popularity of Olympic weightlifting has led to many newcomers and ex-athletes exchanging their spin bikes for barbells. Unfortunately, the level of coaching and analysis needed to teach and progress an athlete’s technique is lacking – leading to a whole slew of nasty, dirty, and sometimes unsafe cleans.

Don’t worry, athletes – you’re not alone. The average weightlifter usually commits one or two key faults that lead to limited performance and missed lifts. Which ones are you doing? If you figure it out, you’ll be able to make immediate improvements to your performance.

The best way to analyze your technique and to address your faults is to break down this complex exercise into its components.

Proper alignment and bar setup is crucial to a good lift. Most trainees underestimate the focus and technique required even before the actual lift begins. Improper bar placement, footing, and joint angles can lead to missing reps out front, slow pulls, and injury.

Most people set up for the clean like they do with a deadlift. Although similar, the setups are not identical.

Solution: There should be some space between the bar and your shins when you get ready to do a clean. Set your metatarsals (toe joints) directly under the bar. This will allow you to load yourself properly without rolling the bar out front with your shins.

Lack of hamstring mobility and awareness of loading the hips often lead to forward collapse over the bar, resulting in the knees shoving into the bar.

Solution: Load the hips and anchor the kneecaps so that the hamstrings increase tension and the shins stay nearly perpendicular to the floor.

This is the initial pulling phase off the floor. This phase lasts up to the point where the bar passes the knees. Sound technique at this stage sets you up to pull the bar into the most advantageous position for the subsequent hip drive.

The athlete needs to accelerate the bar into the power position for the explosive aspect of the lift (the next phase). Many individuals rip the bar off the floor without thinking of their knees, often scraping and bouncing the bar off their knees or low thighs.

Solution: Maintain a constant back angle while pressing the knees back (knee extension). This allows you to pull the bar into your center of gravity and maximally load the posterior chain. The weight should be dispersed from the mid-foot to the heels.

“Most people set up for the clean like they do with a deadlift. Although similar, the setups are not identical.“

Upon takeoff, the shoulders should be directly above the bar, with the hips lower than the shoulders and slightly above the knees. Many lifters drive their shoulders up more quickly than their hips, leading to the bar being lost out front and causing a swinging recovery.

Solution: Analyze your first pull by looking at your back angle. The hips and shoulders need to ascend at the same rate, maintaining a constant back angle.

This is the most explosive phase of the entire lift. As the bar passes the knees, maximal power and acceleration are applied between the mid-thigh and the hips. The power position refers to the point at which the body is poised in the athletic position – feet flat, hips loaded, chest high, back straight, and quads activated. It is at this point the athlete must take the bar vertical through triple extension of the ankle, knee, and hip joints.

Eagerness to pull the bar higher before triple extension is a surefire way to miss out on both reps and your full potential.

Solution: The bar should reach the sweet spot – mid-thigh to the hip crease – before the arms bend, allowing for the hips to explosively unload.

By bouncing the barbell off the thighs and/or hips, you create horizontal displacement, throwing the barbell trajectory out in front. A symptom of the poor mechanics involved is seen when an athlete needs to jump forward in the catch to receive the barbell. This shows lack of technical awareness and pulling strength.

Solution: The best way to fix this issue is to practice cleans from different starting positions, such as above the knee in the power position, just below the knee, or from blocks or plates that elevate the bar to a higher starting point than the floor. These positions will teach you to sit back into the heels and fully extend with the hips to bring the bar more vertical, rather than bouncing it out front.

This is the final active vertical aspect of the lift, in which the traps elevate and the arms begin the final pull under the barbell into the last phase.

Simply put, the inability (due to either lack of strength or mobility) to drive the elbows vertically to further accelerate the barbell upwards will result in a lower peak height of the barbell, minimizing the amount of time the athlete has to drop into the catch.

Solution: Once triple extension has occurred (see below), you must allow the elbows to forcefully follow the shrug vertically.

Triple extension refers to the full extension of the ankle, knees, and hip joints. Achieving triple extension enables the athlete to finalize the second pull in the most vertical trajectory. The inability to maximally extend can be cause by limited ankle mobility, glute and hamstring weakness, and inadequate quad activation.

Solution: To fix poor mobility in the ankles, knees, and hips, do static stretching targeted for those areas. Once you have mobilized the joints, perform some light high rep sets of upright rows, making sure to elevate the elbows, expand the chest, and reach triple extension at the top of every lift (up on toes, knees locked out, quads and glutes contracted, elbows high).

The Catch/Receiving of the Bar

The final stop in the clean is the catch into the front squat. This rapid descent under the barbell is vital to the completion of the lift. A high rate of hamstring activation and lat engagement will allow the athlete to pull him- or herself to the floor, landing and receiving the barbell in a vertical position with the hips dropped between the thighs, feet flat, and elbows parallel to the ground.

As you drop into the front squat, the elbows need to rotate fully under the bar, ending parallel to the floor. The inability to punch the elbows forward as you receive the bar means your lats aren’t engaged. This often leads to collapses in the thoracic region (upper to mid back). Slow elbows result in slow catches.

Solution: Spend some time on thoracic and lat mobility. The higher the elbows are, the closer the barbell will rest on your front deltoids, allowing for an easier and more efficient completion of the lift (i.e. standing up).

“The power position refers to the point at which the body is poised in the athletic position – feet flat, hips loaded, chest high, back straight, and quads activated.“

Catching the bar forward is generally a sign of a not enough squat strength, poor pulling technique, and a lack of thoracic and lat stability in the catch. Additionally, poor footwork dropping under the bar can lead to inadequate hamstring and hip tension in the catch, causing an athlete to collapse under the weight.

Solution: Work on recognizing the two different stances during the lift. In all phases up to this point, you will be in a pulling stance, which is closer to a deadlift or vertical jump alignment. Immediately following the second pull, you should open up your feet slightly so you land in the catch position in a front squat stance, a stance that allows a sound squat below parallel.

Did you see yourself in any of these faults? If so, try the solutions and let me know how it went in the comments below.