Do As I Say And Do As I Do: An Interview With Adriane Wilson, Part 2

Highland Games champion Adriane Wilson has a lot of good advice to offer. Learn about Adriane’s coaches during her athletic journey, and get her own advice on coaching and competing. 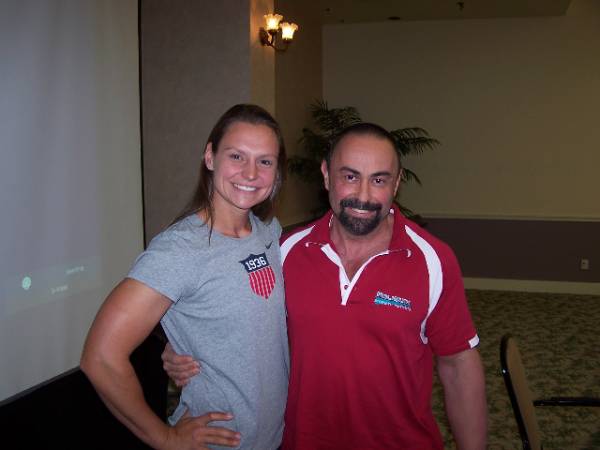 What makes an athlete excellent? It’s hard to pinpoint just one thing that contributes to an athlete’s excellence, or anyone’s for that matter. Of course there are the many hours that go into training and the careful attention to diet and nutrition, recovery and mobility. But underlying the nitty-gritty details of training schedules, supplementation, and diet plans are the fundamentals, the things that motivate and shape everything else. To my mind, two of the most important fundamentals, whether you’re talking about athletics, fitness, or life, are personal accountability and the support of a community.

Adriane Wilson certainly has both of these qualities. Last week, I outlined Adriane’s amazing athletic journey so far. Adriane’s competitive spirit is certainly one of the things that kept her going through her bout with Hodgkin’s Lymphoma in 2003, and that spirit is still going strong. In the athletic arena, competition takes personal accountability one step further, as Adriane noted during our interview. “There are a lot of people who like to work out just to stay in shape, and that’s great. But sometimes it’s nice to have a competition. It kind of holds you accountable for what you’re doing…I’m a born competitor, I compete in everything. My husband will tell you the same thing! It’s nice to have a drive for something. It can be as little as trying something new, like if you wanted to go do a figure competition, or an amateur strongman competition. It doesn’t have to be something extreme, but maybe just pick out a charity 5k to inspire somebody to take that extra step and push a little harder.”

Not only does competition encourage athletes to improve, but it’s also a fun way to track improvement and overall performance. “That’s one reason I think the Highland Games are so much fun. It is so diverse, the things you do. You get to flip a caber, throw rocks! It can be serious at times, but it’s also just a lot of fun. It makes all the training well worth it, because then you have something there that you can track, and say, ‘Oh I did better here,’ or ‘I improved in this distance, or this time.’ I just love competing because it makes me feel like I accomplished something and I can keep having that positive feeling every time I try something new.”

Adriane’s competitive spirit and amazing ability to hold herself to high standards, combined with her amazing energy and willingness to persevere through difficulty, are certainly fundamental to her success as an athlete. She’s also had some amazing coaches to help her along the way. During our interview, I was repeatedly impressed by Adriane’s outward gratitude and appreciation for all of her coaches she has worked with during her impressive athletic career. Her story demonstrates what it means for a coach to leave a legacy. When she was diagnosed with Hodgkin’s Lymphoma, she was training at Ashland University with her college coach, Jud Logan, who introduced her to Charles Poliquin during her cancer treatment. “Coach Poliquin coached my coach [Logan] in college. Jud Logan was an athlete of Charles’ in the early stages of his career…the first time that he found out about my cancer, Jud was like, ‘I’m calling Charles, we’re gonna hook you up with Charles.’ It was a real nice opportunity to work with Charles and get a new outlook on how to train under such extreme circumstances.” 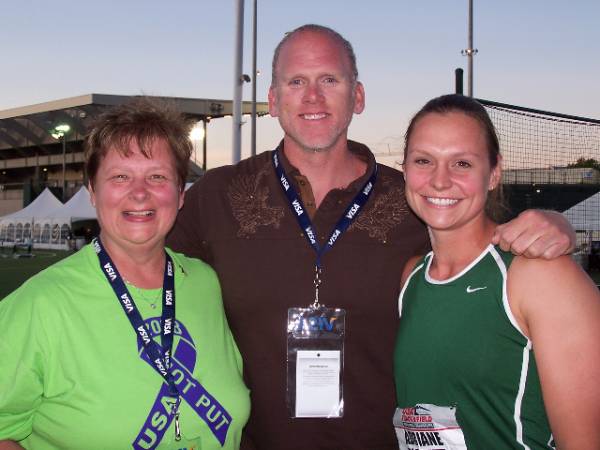 Jud Logan and Coach Poliquin weren’t the only legacy of coaches involved in Adriane’s training. She also worked with John Godina, a four-time World Champion in the shot put and founder of the World Throws Center, as well as his father, Bill. “John Godina was also a very important person in my athletic career. I trained with John and his father, Bill (affectionately called ‘The Colonel’) when I lived in Arizona…They both were very important in teaching me the technical aspect of the throwing events and I am a much stronger coach now.” That’s right, the coaching legacy didn’t stop with Adriane’s coaches. She went on to coach track and field at Tiffin University in Ohio, and now works with high school students and personal training clients at Athlete’s Arena in South Carolina, where she lives with her husband.

Adriane says that coaching actually helped her with her own athletic career. “When I got my coaching position, I was surrounded by all these wonderful athletes. Every day at practice I would drill, drill, drill with them, showing them how to get your power position, and what kind of movement you needed. And then in the weight room, I’d say ‘Yeah, we gotta do this, and I’m going to work out too!’ And so by training my athletes, I actually started to train myself even harder. I think that’s what really turned my career around and inspired me to be competitive again in the shot put. I would say that ‘Do as I say and do as I do’ kind of worked out for me.”

Having gone through a significant athletic obstacle herself, Adriane really has some great advice for coaches who are training athletes through an injury or more serious setbacks. “Everybody has to battle with some kind of injury. It’s just a matter of picking a goal and just reminding yourself of it every single day…it can be a lofty goal or a simple goal, but it needs to be something that they can be reminded of every day. And coaches need to just be supportive. I can’t imagine having to go through what I did without the support at Ashland and back home. It was always a positive atmosphere. Even though I was feeling really crappy, and my numbers weren’t always there and I was having a hard time doing the workouts, there was always someone to say, ‘You know what, I’ll wait with you while you recover so you can finish the workout.’ Those little things made a huge difference.” 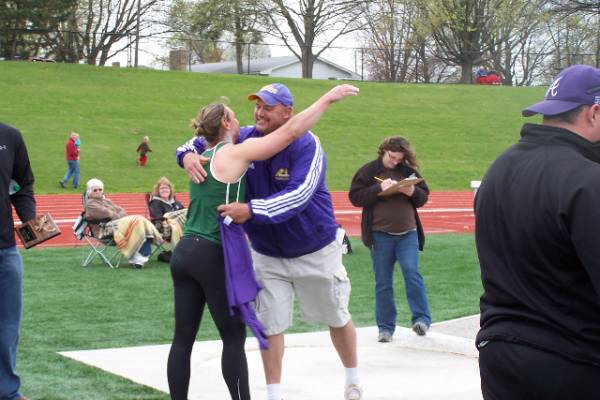 Adriane takes the lessons of her coaches with her on her own coaching journey. She is a certified Level 1 trainer in the Poliquin program. “I am a Level 1 coach with Poliquin and also a Biosignature practitioner. I totally believe in his programs and the way he does his training, and that’s how I train my athletes and my clients.”

While Adriane’s story is an amazing example of personal achievement, it’s also a powerful portrait of the importance of community, and particularly the legacy coaches can leave when they inspire and encourage their athletes to dream big and achieve what may seem to be the impossible, no matter what obstacles lie in their way.

Read part one of our interview with Adriane:

Strength Through Adversity: An Interview with Adriane Wilson, Part 1