Kegels are often the blanket recommendation for a healthy pelvic floor. Katy Bowman suggests they’re not all they’re cracked up to be. 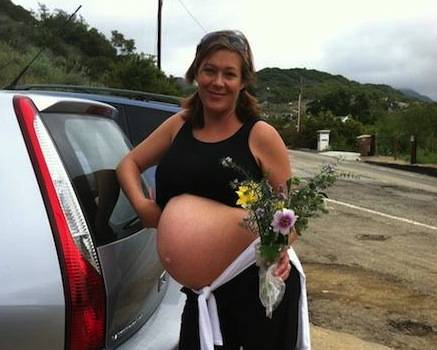 Katy (who is also a mother of two – that’s her in the picture above) was kind enough to answer some questions for me about this important issue. She shared a bit about how she first discovered the relation between Kegels and PFD:

In graduate school (where I was getting my MS in Biomechanics) I focused my studies on “where pelvic floor disorders come from.” I found this important because in math and engineering fields, where I came from, you can’t work on a problem’s solution until the problem is well defined.

In disease research, however, there isn’t really research into the why or the how – only on trying to figure out the remedy. In doing my research on the physics of the pelvis, movement, and how the pelvic floor works, it became clear that while the pelvic floor’s problem was weakness, it was weakness that is the result of too much tension – not weakness that comes from flopping around.

Underlying the Kegel controversy is a simple issue. What Katy calls an overgeneralized theory of strength. A Kegel is a muscular contraction. For women who have a tight pelvic floor, concentrically contracting the muscles regularly will simply aggravate the tension issue. According to Katy:

Muscle that is either too long or too short looks the same when you measure its force production. Which means just because something is weak or unable to do a bout of work does not automatically imply that concentric contraction is the correct prescription.

Never does pelvic floor strength seem so important as during pregnancy. How can pregnant women strengthen their pelvic floor without that daily Kegel checklist? By doing exercises that lengthen the pelvic floor and increasing their own awareness of pelvic alignment. Katy explained:

It’s the alignment of the pelvis and sacrum that gets out of whack, so knowing where your pelvis should be as you move throughout the day (sitting, standing and walking), done in conjunction with a few daily squats (get a squatty potty and this doesn’t even require extra time!) will get the full restorative effect your pelvic floor needs.

And this brings me to that lovely little exercise known as the squat. Really the squat isn’t an exercise at all, but a basic human movement that we used to do all the time. Mother of midwifery Ina May‘s oft-cited suggestion of three hundred squats a day is a little extreme, but regular squats will definitely help lengthen the pelvic floor. I’m not even talking about weighted squats here. If you have other small children running around during your pregnancy, you are probably getting in your squats already, as long as you’re doing them correctly. 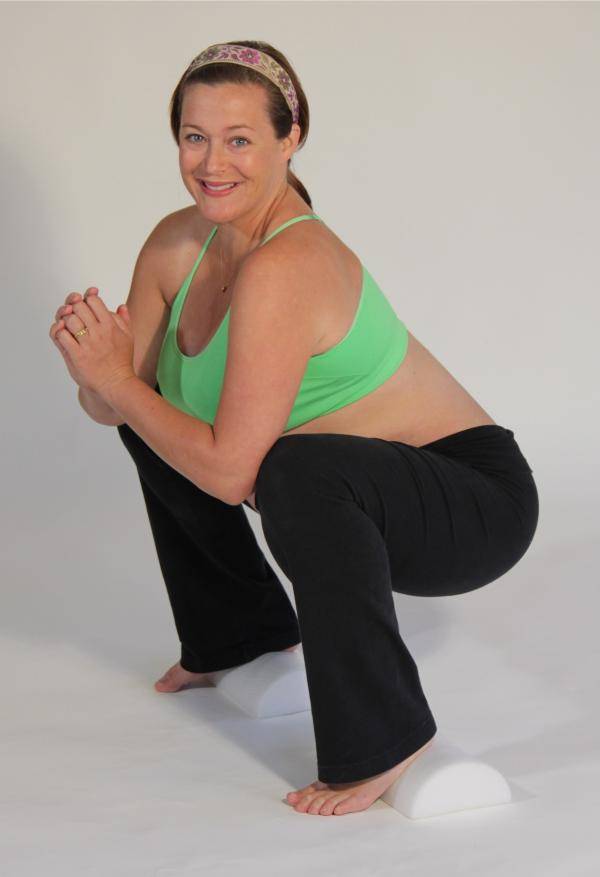 …all women are not accustomed to being delivered in the same posture; some will be on their Knees, as many in the Country Villages; others standing upright leaning with the Elbows on a Pillow on the Table…but the best and surest is to be delivered in their bed, to shun the inconvenience and trouble of being carried thither afterwards…”

During my second pregnancy, my husband and I took a childbirth preparation class. We watched one of those crazy videos about the tribal women squatting out a baby like it was no big deal. Definitely left an impression. I started practicing squats regularly to prepare for a smooth labor and postpartum period.

But like Kegels, squats are no magic easy-labor bullet. In addition to frequent squatting, Katy also encourages people to remember that, as she said, “delivery is a huge physical performance. Prepare for it with lots of walking, working on pelvic alignment, and releasing the hips, sacrum, and those pelvic floor muscles – which will make them stronger, as weird as that seems.”

A Final Note for the Men

Just for the record, all this pelvic floor stuff isn’t just for pregnant women. It’s not even just for women. If you’ve ever heard people say pregnancy causes PFD, don’t believe it. Katy’s reaction to this assertion was quite adamant:

No, pregnancy does not cause PFD. Can I say that again? NO, PREGNANCY DOES NOT CAUSE PFD. How do I know? Because research shows that the category of ailments that fall into PFD occur equally in women who have and who have not delivered babies. There are also women who have had 10 or 12 kids who have no pelvic floor issues.

And, P.S., Pelvic Floor Disorder in men is also extremely prevalent and on the rise. So dudes, you gotta read this info as well. Read it, and then talk about it with other dudes. While you’re squatting, of course.