Stop Peeing Yourself During Workouts: The Science Behind Stress Urinary Incontinence

Losing urine during a workout isn’t okay, and isn’t a badge of honor as to how hard you worked. Here’s what’s really going on and how you can stop peeing yourself. 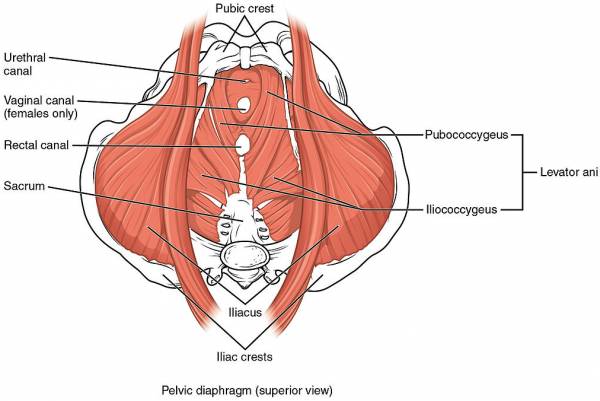 Quite frankly, I found the concept amusing at first. So many times had I commiserated with others about double unders, heavy cleans, and the correct color of pants one should wear when faced with any potentially offending movement.

But wait a minute – I’ve never had children (that’s called being nulliparous, by the way).

Why am I losing urine when things get tough? Does this happen to other nulliparous athletes? What about women who’ve had multiple children (multiparous) or abdominal surgeries? And why on earth is a gynecologist condoning that losing urine during exercise is okay?!

PERFORMANCE BOOST: In Pursuit of the Elusive Double Unders

In the video, Rory McKernan calls the condition exercise-induced urinary leakage. In science, we call it stress urinary incontinence (SUI).

SUI is defined as an involuntary loss during coughing, sneezing, or physical exertion.

In a 2001 study, scientists in Norway examined the prevalence of SUI in their elite female athletes.

Researchers studied almost 600 women from the Norwegian national team and found that, of the 87% who answered the survey, 26% of elite female athletes recalled instances of SUI.

Additionally, 49% of those elite athletes were identified as having an eating disorder by the DSM-IV. Of those women, half of them had SUI.

The Anatomy Behind Peeing Yourself

The female pelvic floor (the basement) is made up of fascia, ligaments, and muscles that provide a “hammock” to the bladder and uterus.

The endopelvic fascia is continuous with the visceral fascia of the trunk (that’s the stuff that keeps your insides where they belong) and functions to encapsulate your organs and respond to changes in volume and displacement as you move.

The connective tissue of the endopelvic fascia supports the urethra, bladder, uterus, and cervix, extending into the diaphragm.

By this connection with the diaphragm and visceral fascia, changes in lung volume will increase pressure placed on these structures.

This increase in intra-abdominal pressure is what we want when we take a big lift, securing our insides and providing support not only to them, but the lumbar spine.

The muscles that create the hammock are the levator ani (in red, to the right) and coccygeus, which are referred to collectively as the levator plate. When we are standing, these muscles lie on the horizontal and function just like a hammock supporting a person. 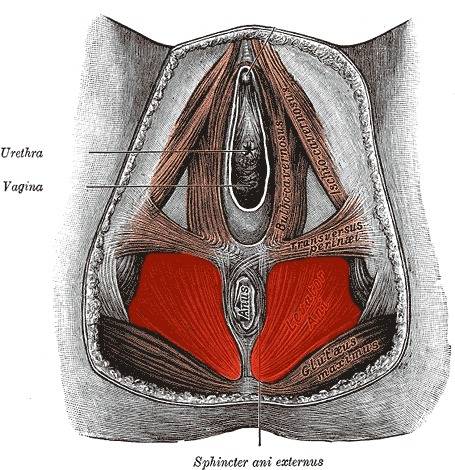 Weakness in these muscles may be due to a multitude of reasons: multiple vaginal births, multiple pregnancies, peripheral nerve injury during vaginal delivery, or generalized idiopathic weakness.

This movement pattern dysfunction may lead to stress incontinence because the woman can’t engage the basement and is instead using the posterior third of the levator plate.

When the levator plate does not function as one continuous group of muscles, the hammock on which the pelvic organs sit becomes weakened, and something not good is bound to happen – like falling out of a hammock.

RELATED: Spine Stabilization: How Your Core Should Be Working

How to Stop Peeing Yourself

To be continent (i.e. not pee on yourself), a person must have a quiescent (dormant) bladder, functioning musculofascial support, and a functional urethral sphincter. When a person is incontinent, either due to stress or urgency, one of these elements has failed.

In the case of SUI that we experience in CrossFit, it usually is due to weakness in the hammock and poor urethral sphincter control.

Occasionally, there may also be a physiologic reason that a person is incontinent, at which point it is wise to seek out a gynecologist or urologist – one that believes peeing your pants isn’t acceptable.

Like any other muscle group, we know if we train it for function, it will improve. If SUI is something that you are dealing with, laugh about it with your friends, but get it addressed.

Pelvic floor muscle training with a women’s health physical therapist is often the first line of treatment, followed by behavioral modification, and perhaps pharmaceutical intervention. Losing urine during a workout isn’t okay, and isn’t a badge of honor as to how hard you worked.

Treatment resources or to find a women’s health practitioner: