The Scale Lies: Why The DEXA Scan Is Best

Forget holding your breath under water and toss those old calipers. The new standard for measuring body composition is the DEXA scan. Find out what it is and how to get one. 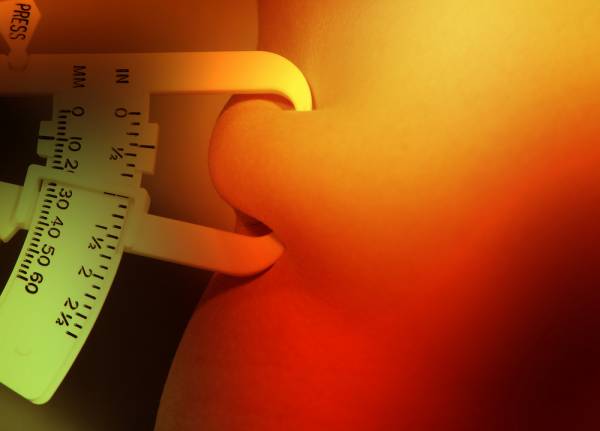 In 1988, during a now infamous episode of the Oprah Winfrey Show, the talk show megastar triumphantly wheeled out onto the stage a red Radio Flyer wagon heaped full with 67 pounds of gelatinous “fat.” This stunt was intended to be representative of her Herculean weight loss efforts over the previous four months. And Herculean those efforts certainly were. Unfortunately, Oprah’s transformation was achieved using an insane combination of a very low calorie liquid diet and an even more insane, cardio-intense training regimen.

Which is exactly what happened to Oprah. By 1989, she’d ballooned beyond her previous year’s heaviest weight. How many times have we witnessed this scenario played-out in the media? How many times with our close friends and family? The guy at work, six cubicles down?

Unfortunately, Oprah ended up like so many following this same misguided weight loss prescription – simply a metabolically broken, skinny-fat version of her prior self. What she desperately needed in this process was a more intelligently designed diet regimen coupled with a smartly programmed, resistance-exercise-based training protocol.

And to counter her obsession with the scale, she needed access to an intelligent body composition assessment method. And if you’re trying to lose weight – or gain weight, as well – you need the same. Because the scale lies to you, and you need to know that the only thing it can reveal to you is your association with gravity, which ultimately means nothing if you’re trying to gain muscle, or lose fat.

The DEXA (duel-energy X-ray absorptiometry) scan provides one of the most highly accurate measurements of body composition available, registering fat and lean mass distribution throughout the entire body. In simple terms, it is capable of detailing overall, as well as regional, fat mass, lean mass, and bone mass – all for the relatively inexpensive price of around one hundred dollars.

Sounds great. So where can I get a DEXA evaluation? And what’s involved?

Most major universities with solid exercise physiology research programs have these units, and will gladly provide evaluations to the public. Otherwise, some healthcare facilities have these units as they are used (and were originally developed) to measure bone mineral density.

And the scan itself is no more invasive than an X-ray. Which, in fact, it is – imparting about as much radiation per scan as a TSA body imaging device. The scan involves little more than lying face-up on a table while dressed in snug fitting clothing – cycling shorts and, for the ladies, a sports bra work well – while the scanning device makes a single pass over the body. The results are immediate and, at least at the University of Texas in Austin, where I’m located, come with a personal, detailed results debrief from a knowledgeable staff member.

What about other, cheaper options?

Essentially, you get the accuracy you pay for. Other popular methods like hydrostatic weighing, the Bod Pod, and calipers rely on calculated measurements of body fat that are influenced by uncontrollable environmental variables and accidental – or intentional – human error. Do you think after training with a guy for six months that he’s not apt to fudge those caliper readings just a bit? 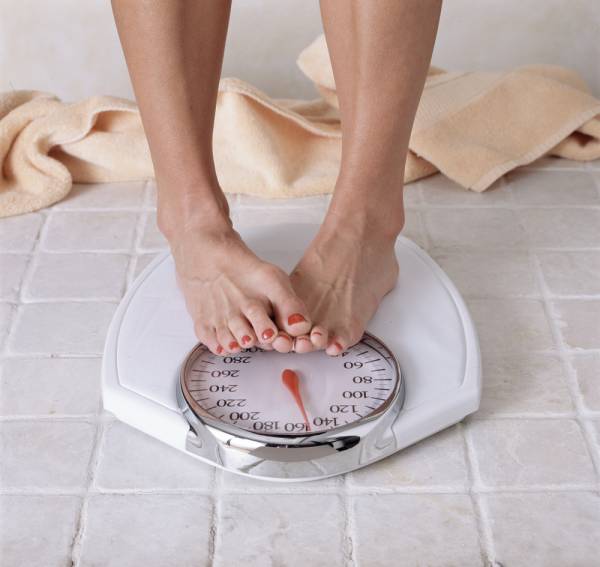 This is sound in theory, but in practice, it’s limited by the density assumption, which doesn’t take into account a few important and potentially conflicting variables that strongly influence the equations used to calculate body density. For example:

Another important variable to consider with the underwater weighing is residual lung volume. Few people can completely exhale prior to full submersion; it’s a hardwired, mammalian reflex not to do so. This residual air floats, of course, adding yet another source of calculation error.

Other popular calculated measurements have similar limitations. When my clients question why there’s such a wide variance between their DEXA results (which are generally much higher) and past measurements from, for instance, underwater weighing, calipers, or impedance measurement, I have to explain how the subjective variables mentioned previously are inherent to any calculated measurement of body fat. Therefore, any discrepancy between DEXA and another method is not due to an overestimate of the DEXA, but rather inconsistencies inherent in other measurement methods. Of these, measurements by caliper (skin fold) and impedance testing have proven to be the most wildly inaccurate. In fact, measurement by caliper significantly underestimated body fat percentage by 3.2–5.6% in women when compared to the DEXA.1

Which brings up to another dilemma sustained by inaccurate body composition measurement – the grossly underestimated body fat percentage.

Phil Stanforth, Executive Director of the Fitness Institute of Texas at the University of Texas, presented at 2012’s Paleo f(x) symposium. Part of Phil’s talk addressed the lay public’s misconception of what constitutes a good or athletic body composition. Though I’m not at liberty to disclose Phil’s findings here (they’re awaiting publication), I can provide you with similar, published results out of Texas A&M.

In the Texas A&M study, the body composition and bone mineral density of elite female college athletes was observed and tracked over competitive seasons. Although not the intent of the study, an interesting juxtaposition emerges between popularly reported body fat percentages, and those measured in elite athletes. For example, the DEXA-measured body fat percentage of female swimmers (22.2%) and track sprint athletes (15%) seem pretty darn high when compared to popular (urban myth?) notions of single-digit leanness.

What You Now Know About Body Composition

Don’t take it as gospel the next time you read that Suzie Fitness Model maintains a 6% body fat level, in the off-season, no less. Yeah, and every bodybuilding forum keyboard jockey benches north of 405 pounds, too. I’ll believe single-digit leanness when it’s backed with a DEXA report.

So do yourself a huge favor and whether you’re looking to gain muscle or lose fat, don’t be beholden to the scale. Over the long haul, weight means nothing unless you can accurately assess whether that weight you’re trying valiantly to lose (or gain) actually consists of fat or muscle. Think your diet and training regimen is really working? The DEXA is simple and sure-fire way of letting you know.