The Scientific Differences Between Weightlifting and Powerlifting

At first glance, the differences are obvious. But the two sports are more closely related than you may think. 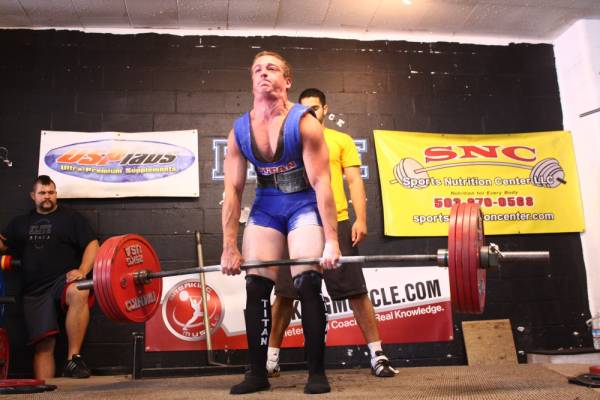 As aging lifters are wont to do, I recently entered into a discussion with an old training buddy about the differences between the various weight disciplines. (At our ages, we have a lot more energy for discussion than we do for moving iron.)

RELATED: Powerlifting Versus Olympic Squats: Which Is Better?

The Differences at First Glance

At first glance, the most obvious difference is between the competition lifts. Weightlifting uses the snatch and the clean and jerk, both overhead movements. Powerlifting uses the squat, bench press, and deadlift, none of which is directed vertically overhead. (If only the media and public could grasp this.)

The difference does seem obvious when looked at from a dimensionality standpoint. But then, I came up with the heretical observation that the lifts are not as different as they may seem. The snatch and the clean are just extensions of the ankles, knees, and hips – just like with the squat and the deadlift.

This idea sparked a little bit of a concession from my friend. We came to an intermediate conclusion that what differences there are would need to be further refined.

“The snatch and the clean are just extensions of the ankles, knees, and hips – just like with the squat and the deadlift.”

This led us to the old, familiar “speed of execution” argument. It is easy to observe that the Olympic lifts are done quickly, while the power lifts are performed at a somewhat slower tempo.

This elicited the comment that in weightlifting misses are frequent, while they are considerably less so in powerlifting. This is not entirely due to the simplicity of powerlifting technique, as is often pointed out. It is more due to the greater time available for making the lift successful.

On a snatch, clean, or jerk drive, if the path is not right or if the three joints are not opened up in the right sequence, the lift will fail. Since the time of the lift is only a second or so, we simply do not have enough time to correct a badly positioned start on any of these lifts. On the power lifts, it is a little easier to move a bar back into the groove because you have a little more time to do so. It doesn’t work on all lifts. Sometimes you just have too much weight on the bar and you run out of steam.

In powerlifting, missed lifts are not so easily tolerated since it is possible to save many lifts with a little more elbow (or knee) grease. Olympic lifters are sometimes looked down upon by powerlifters for their tolerance of missed attempts, but that is due to the powerlifters’ lack of understanding of this time factor. 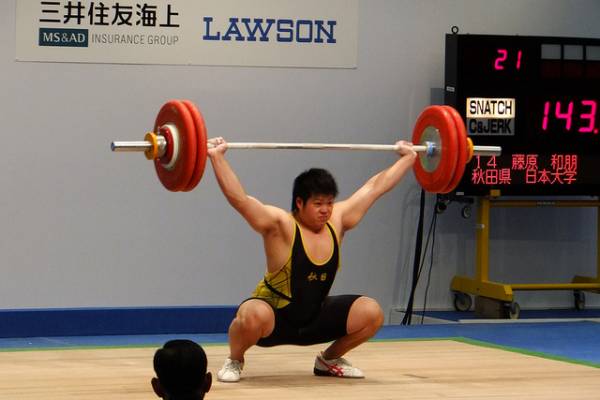 Even in competition, where the stakes are higher, weightlifting misses are frequent. At world championship levels down to national level, only about 50% of attempted lifts are successful. This risk has to be faced if you want to put together a decent total. The higher a weight is compared to the lifter’s 1RM, the greater the chance of missing, since motor pathways will break down under load.

RELATED: A Tale of Two Lifters and Their Coaches

Type of Muscles Used and Tempo of the Lifts

This brought our discussion to the type of muscles used in the lifts. We all know weightlifting requires fast twitch muscle fibers. Many of the less-informed will intuitively then assume that the slower tempo power lifts therefore use slow twitch muscle fibers. It seems to make sense. But it’s actually not true, as even powerlifting requires fast twitch fibers.

Our discussion then shifted to why the five lifts are done at varying speeds. It is easily observed that the more weight you have on the bar, the slower the lift can be performed. You can’t lift your 1RM bench or squat as quickly as your 50% warm-up lifts.

“While all of the (Olympic) lifts are done at a much faster tempo than the power lifts, they are still subject to the principle that the heavier the weight, the slower you’re going to move it.”

These two lifts do start off relatively easy, go through a difficult sticking point, and then get relatively easier again towards the finish. The sticking point where the limbs are at roughly ninety degrees is vital though. You must have enough strength to move the weight through this disadvantageous angle or the lift will fail. With a lot of strength, determination, and adjustment a powerlifter can sometimes push a bad lift through the sticking points.

On the surface, Olympic lifting is somewhat similar. While all of the lifts are done at a much faster tempo than the power lifts, they are still subject to the principle that the heavier the weight, the slower you’re going to move it. Sir Isaac Newton and all that. 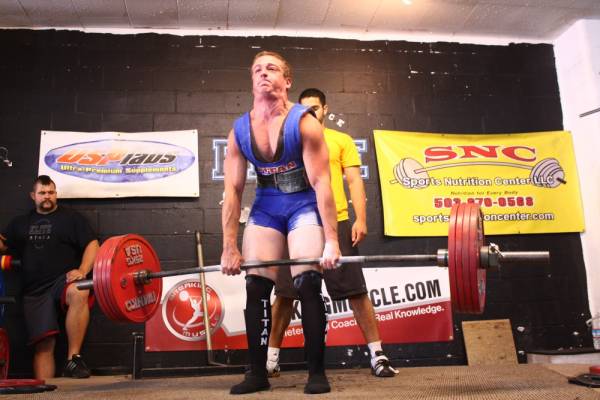 One little quirk that newcomers to weightlifting notice, though, is that you do not have to worry about your sticking points like a power lifter does. In fact, the lift is made or missed at the first or final part of the lift – not in the middle. If a weight is really heavy, like 120% of your 1RM, then you will barely get it off the ground. If the weight is one that you definitely are capable of completing, you can still miss.

RELATED: 2 Effective Methods of Getting Your Lifts Off the Ground

This concept holds especially true in the final stage of the lift where the lifter is straightening out. If the bar takes the wrong path, you will miss even with only 50% of your 1RM on the bar. This can be frustrating to those converts from bodybuilding and powerlifting who are accustomed to completing every attempt. It’s also why Olympic lifting and its coaching are not as accessible to the general population.

We batted this around for quite some time until we finally came to what we thought was a novel conclusion: the two disciplines are not as different as we may think they are as they both emphasize the straightening up of the entire body, the so-called triple extension.

This even applies to the bench press, where it is the shoulders and elbows that straighten. Unlike the ankles, the wrists have little concentric work to do, but they must display great isometric strength throughout the lift. That’s where they are still similar. But they also differ in an important way.

“[T]he two disciplines are not as different as we may think they are as they both emphasize the straightening up of the entire body, the so-called triple extension.”

We determined that the major philosophical difference is the part of the extension where strength is needed to be successful in the lift. To determine this, we went back to our geometry lessons from school. 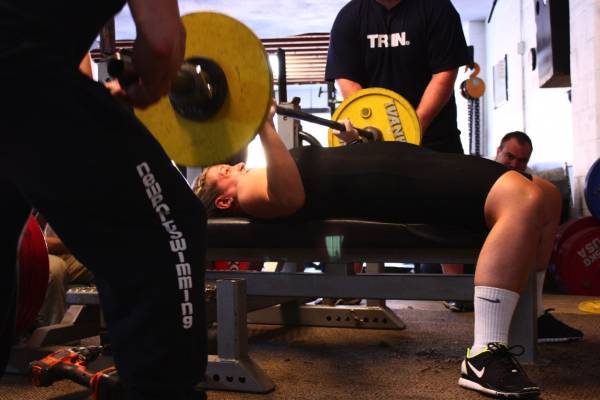 In all the lifts, the legs (and arms in the bench press) move from very tight angles through to 180-degree straightness. The sticking points are at about the ninety-degree angle for both sports. Therefore, the lifts can be divided into an initial acute angle portion, followed with angles moving from ninety degrees, through obtuse angles, to finishing at a final straight angle.

RELATED: How to Eliminate the Problems With Your Press

In the snatch and clean – as well as the squat, bench, and deadlifts – the lifter starts with his limb joints at closed, acute angles (less than ninety degrees). Olympic lifters have any easy time coming off the floor due to the relative lightness of their snatch or clean attempts, whereas powerlifters are moving those same joints through a movement requiring their maximum absolute strength. Therefore, the powerlifters are going to move somewhat more slowly.

At the conclusion of the lift, things flip-flop. In the final extension of the snatch or clean and the drive in the jerk, the bar speed must be ever greater in order to drive it all the way to full extension. A powerlifter does not have to worry much about momentum. He or she has to worry more about control and making sure he or she does not lose his or her balance in the final phase of the lift.