The Sun Salutation: It’s Not Just a Warm Up

Surya namaskar is a foundational element of your yoga practice, and it’s more than exercise. 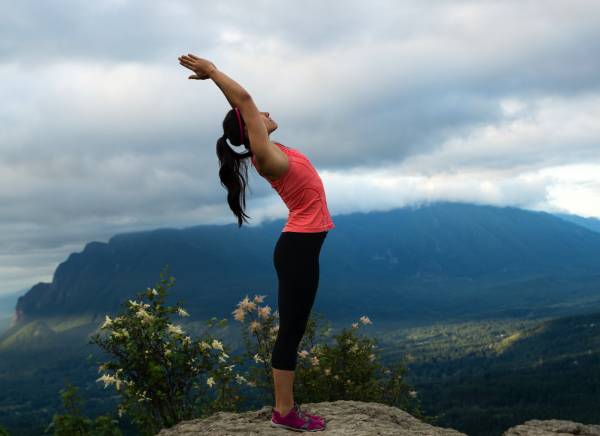 Surya namaskar is widely known as a sun salutation by those who practice yoga. We think of this as a series of movements to warm up the body as part of an asana practice.

RELATED: The Best Warm Up for Yoga and Lifting

But more than a warm up, the sun salutation is foundational for the rest of the asana practice. Indian yoga teacher, Sri K. Pattabhi Jois, who developed the Ashtanga Vinyasa yoga method, gave the sun salutation such prominence that he wrote a small book on it called Surynamaskara.

What Does It Mean?

Surya translates as “sun.” The word namaskar breaks down like this:

It’s a word that means, “Not of my own doing, but of the Divine.” In ancient times surya namaskar was a devotional offering to the Sun God performed at dawn, facing eastward.

“Even if your goal is simply a better asana practice, it can’t hurt to tune into the essence of surya namaskar and throw a little devotion into the mix.”

Namaskar is also a traditional Indian greeting signified by placing the palms together in what we in the west think of as a prayer position. The hands are placed in front of the head or the heart, bowing to the object of your respect while offering the greeting, “namaskar.” It’s similar to the way we wave and say, “hello,” only namaskar has spiritual significance that our hello doesn’t. Like namaste, it signifies a recognition of the divinity within both the sender and receiver.

Awareness Is the Heart of Yoga

This awareness is at the heart of the yogic practice where the foundational principle is ahimsa, the expression of harmlessness in thought, word, and action. Every physical gesture affects the subtle aspects of being – mental, emotional, spiritual. The act of bowing forward tends to lessen our attachment to the egoic aspects of our nature. The palms pressing together unites the left and right hemispheres of the brain because of the nerve endings in the hands, triggering the awareness of our wholeness and the oneness of all life.

It is believed that offering this greeting to a deity or a saint impresses their virtues on the mind of the one offering in a way that transforms their character. This greeting can be offered to objects of nature and animals, too. 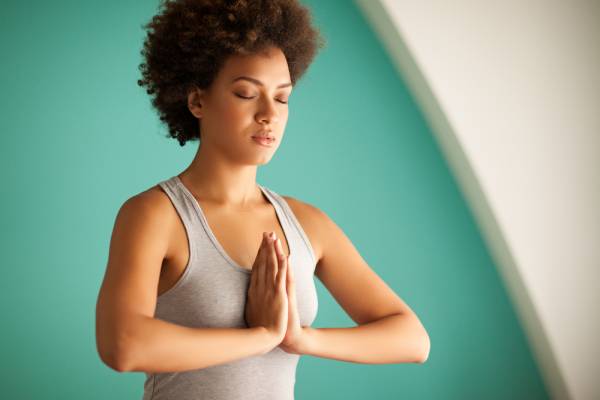 This has become a common practice for me when I encounter coyotes and rattlesnakes on the southern California trails, as I often do. It disarms my fear and reminds me that different species can live in harmony. From that place I can appreciate what’s beautiful and unique about these different life forms instead of being distracted by anxiety. And so far so good – the animals seem to respond well, too, and we both go on our way without conflict.

Indeed the surya namaskar should never be mistaken for mere physical exercise –for something incidental, that is, that simply precedes the asanas of yoga. Therefore, it is necessary, before beginning the sun salutations, to pray to Surya […] to bestow upon us the good fortune of having only good thoughts, of hearing and speaking only good words, and of attaining a sound and strong body, so that we may have a long life and, one day, achieve oneness with God.

While most of us practicing yoga today do not literally worship the sun, we can appreciate its life-giving power on our planet. We might even think of it as a tangible expression of the invisible life force of all. Surya namaskar, then, is more than a physical exercise. It’s a state of consciousness, a mode of offering, surrendering, and acknowledging something greater than the little self.

There are many resources that describe the different types of sun salutations (typically surya namaskar A, B, and C) and explain the physical postures. The poses are the easy part. The more challenging aspect for the yogini who wishes to deepen her practice beyond the physical is infusing the poses with heart-centered devotion.

RELATED: Using Kundalini to Cultivate Awareness in Your Yoga Practice

I find it most helpful to pay more attention to my breath and notice how breath is originating the movement. This conscious breathing, or pranayama, is the bridge between the mind and the body. It quiets mind chatter and brings the nervous system into a more relaxed state. Then I begin to feel more and think less. The body reflects this back to me in an energy of devotional overflow, and this energy itself becomes the offering. 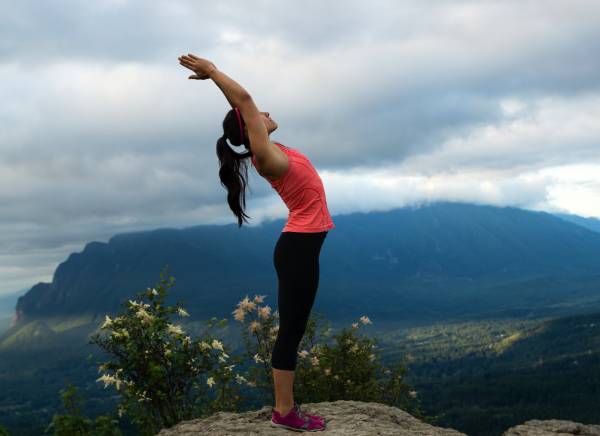 “The act of bowing forward tends to lessen our attachment to the egoic aspects of our nature; and the palms pressing, which literally unites the left and right hemispheres of the brain, triggering the awareness of our wholeness and the oneness of all life.”

Inward directed focus or pratyahara and setting an intention at the beginning of practice also support bringing forth devotion. The quality of devotion tends to take us beyond our limits both on and off the mat. So even if your goal is simply a better asana practice, it can’t hurt to tune into the essence of surya namaskar and to throw a little devotion into the mix. Pretty soon this devotional way of being might seep into other things like relationships, work, and even the mundane tasks like doing laundry.

“Without devotion, action and knowledge are cold and dry, and may even become shackles,” said Mahatma Gandhi. If your asana practice (or your life) is feeling cold and dry, or perhaps even arduous, take surya namaskar to heart, add the oil of devotion, and see what happens.