The Truth About Your Benching Pain (It’s Not Biceps Tendonitis)

A little knowledge may take you down the rabbit hole, but it will also take you on a better path to ultimate healing. 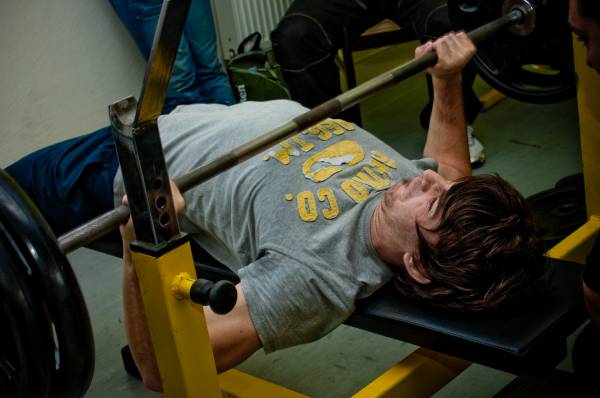 It may surprise the many who consider me to be the go-to guy for spinal problems, that I conquered shoulder problems long before I began my quest to be the best spinal rehab professional.

The day I graduated from university, I had the privilege of working with, and under, the person considered by many to be the world’s best shoulder injury diagnostician – the eminent Lyn Watson. The fact I had played baseball for Australia as a junior and played high-level cricket before becoming a physiotherapist perhaps helped me in getting the job. I knew a bit about sporting shoulders.

After intensively working under Lyn for a year I knew a lot. I spent time observing her work, reading and being involved in her research, attending in-service education, watching surgeries by shoulder specialists, and working on rehab with some of the country’s most elite athletes. I also had my own secret weapon – weight training.

By the time I began practice on my own, I had become known as the guy to see for weight-training shoulder injuries and that has never changed. So I figure now is a good time to run through some of the relationships that cause the pain patterns in the most common of weight-related conditions – rotator cuff problems.

A patient comes in telling me he has pain on any pressing movement, especially bench press. It usually begins with the patient pointing to the front of his shoulder when I ask where the pain is. This is the area of the biceps tendon where it passes in the intertubercular sulcus in the humerus. So when a less-experienced clinician begins by pressing on that and it hurts, he or she thinks that is the answer. The clinician announces that the person has biceps tendonitis and begins treatment for it.

“Intense pain to the front of the shoulder, in the biceps tendon area, is often produced from infraspinatus trigger points.”

I use a different approach, similar to my philosophy with low-back examinations. I look last at the place where the pain is indicated. I start with the center and work outward. I want to find out what the patient does not know. With shoulder problems, I first do a cervical spine examination of movement and a thoracic spine examination. Then, I move to shoulder movement and strength testing. When coupled with simple postural analysis and subjective history, this approach will reveal most clues.

Let’s now consider those areas evaluated as I move in to the cuff. When checking trigger points in the infraspinatus muscle, an odd occurrence manifests. I ask the patient to let me know if any of the points I press reproduce pain to the front of his shoulder. In a normal shoulder, there is no pain from these trigger points, but in rotator cuff dysfunction there usually is. Intense pain to the front of the shoulder, in the biceps tendon area, is often produced from infraspinatus trigger points.

Down the Rabbit Hole

So let’s chase this rabbit down the rabbit hole. How does this occur and what does it mean for our rehab? The answer lies in anatomy. Let us join the dots: 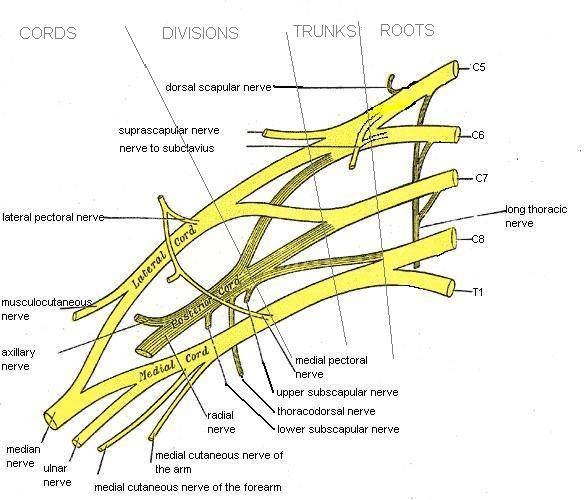 So what you get is a situation whereby the strain of the infraspinatus muscle is the cause of the biceps tendon pain. This is why shoulder-injury pain lingers for months and years when professionals who don’t understand the connection waste your time by treating “biceps tendonitis.”

There is another element that confounds this issue. Interference of the nerve signals to the bicep tendon can occur due to this situation and you can actually have changes to the bicep tendon that are consistent with biceps tendonitis and produce positive biceps tendon testing – but this is a symptom and not a cause. You still need to treat the cause to relieve the symptom.

Let’s say we have excluded the cervical and thoracic causes and are left with a posterior rotator cuff dysfunction. When the person in question bench presses, his powerful internal rotation muscles, pectoralis major, are overpowering the external rotators and the pain from that infraspinatus is being felt at the front of the shoulder in the bicep tendon area. So much so that he cannot press without pain, whether attempting a push up or bench press.

“Sitting at work all day with protracted scapula will result in weakened rhomboids and middle trapezius.”

So why is the infraspinatus strained? Although we might have excluded direct vertebral causes, there will likely be a postural vertebral influence. Sitting at work all day with protracted scapula will result in weakened rhomboids and middle trapezius. Even though the scapula are protracted, it is a passive protraction. As such, there will often be concurrent serratus anterior weakness (which hold the scapula to the ribcage and prevent winging). The poor posture may also (and usually does) result in pectoralis minor tightness. Pectoralis minor attaches to the scapula and pulls the scapula forward.

You can see there is a situation of anterior musculature being tight and short and posterior musculature being weakened and stretched. As has been said, “You can’t shoot a canon out of a canoe.” So when you go to “fire your canon” (pressing), you’ll find your canoe has a hole punched in the bottom of it from its inability to match the firing power.

Treatment then must focus on strengthening your base. In routine cases, this means strengthening the rhomboids and middle trapezius – but not in the way you are probably thinking. The “retract your scapula”-type exercises rarely work. There are a multitude of reasons, and I have not the space to go into them here. But a quick reason is due to length/tension relationship and optimal strength positioning.

To correctly engage the rhomboids and mid trapezius: 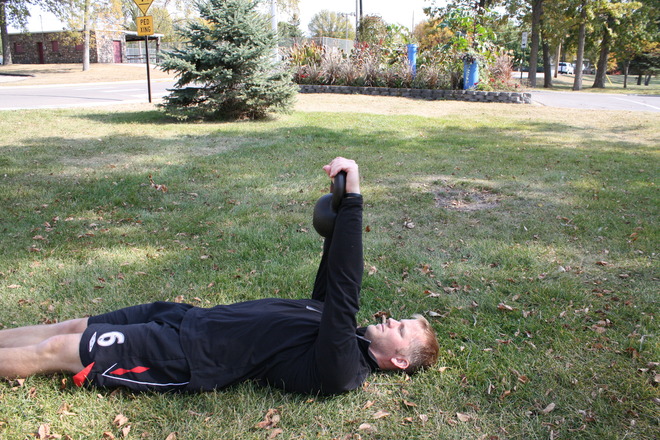 In doing this sequence, the rhomboids and mid-trapezius are in their optimal activation position and you can simply do the exercise without even thinking of retraction. It will just happen.

“The plan should be to relearn the bench press movement pattern as early as possible in the treatment process.”

Once you understand this pattern, you can begin with external rotation (ER) exercises. Most ER exercises are poorly performed and useless. When you do ER, you need to ensure the lats are engaged. ER with lat activation is the imperative. When you get this right, you can then lie down for the bench press and integrate the lat cue for ER stability into the bench press. Often I superset between one set of lat activated ER and one set of bench press.

The plan should be to relearn the bench press movement pattern as early as possible in the treatment process. I currently have a few athletes who are competing in significant powerlifting competitions within a few weeks of beginning their shoulder treatment. I usually expect to have athletes beginning their pressing by the second treatment session. Seeing as I have a bench press in my practice, it makes it easy for me to work with clients pressing right in front of me.

This article is intended to help you understand what may be behind your shoulder problem, and for you to perhaps recognize the red flag of a healthcare practitioner who looks no further than the area to which a patient points. As with your low back, a little knowledge may take you down the rabbit hole, but it will also take you on a better path to ultimate healing.

Photo 2 by By Mattopaedia at en.wikipedia [Public domain], via Wikimedia Commons.