The “Welcome To Hell” Squat Routine: How To Come Back Fast After A Layoff

There are few things more daunting to fitness enthusiast than having to come back from a long break. Find out how I came back and added 35kg to my back squat in two weeks. 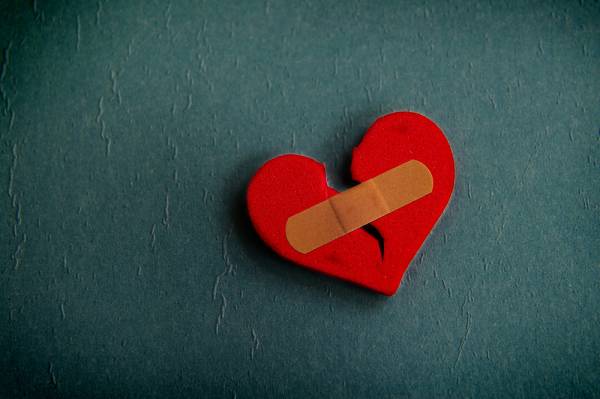 Life sucks. It is wonderful and majestic in so many important ways, from small things, like hitting a new personal record in the gym, to the most important things in life, like falling in love. But it also sucks.

The pain of a broken heart can dull the sun and tear from you your last breath as you lay gasping in the darkness alone. You are going to age and your body will slowly betray you and leave you wondering how time could have moved so quickly and left you behind. And of course, we’re all going to die and that death will be frightening and final.

One of my favorite quotes from Woody Allen is, “I only believe in two things: sex and death. Two things that only happen once in a lifetime. But at least after death, you aren’t nauseous.” I love this quote not only because it is funny, but also because it is true. The nauseous part isn’t true – at least not very often- but there is a hidden point that only death is truly final.

Most of the struggles in our lives are going to pass like the post-sex nausea that poor Woody seems to sadly experience. And after these dark times have moved past us, we will be faced with the most frightening proposition of all: putting our lives back together.

Those of us in the fitness 1% find few things more horrible than being forced to take long layoffs from the gym, save for the daunting task of attempting to regain our previous fitness and strength levels. It is brutal to face a weaker version of yourself than you remember.

How to Squat Like a Grandma and Lose All Your Muscle

A horrible irony exists for many coaches: to ensure your lifters the greatest success, you have to dial back your own. You must make a choice. Are you an athlete first or are you a coach first?

I am a coach first and an athlete second. I will always choose their lifting success over mine. Clearly most of the time you can have both, but when push comes to shove (and I promise you that it will) and a choice has to be made, that choice will define what you are. 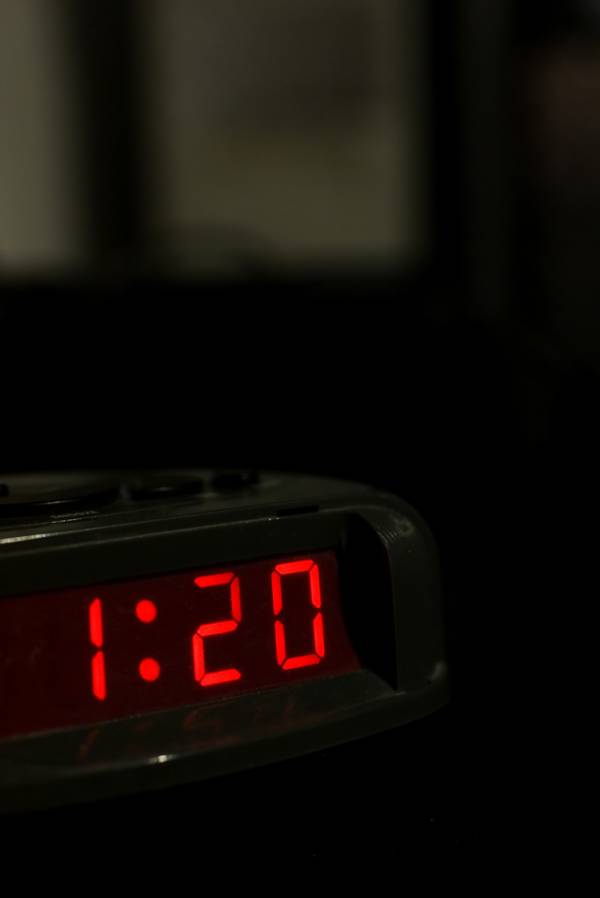 I went through a miniature dark time of my own recently. For a period of about two months I didn’t sleep more than five hours per night, and that would have been considered a good night. More often than that I would sleep for four or less hours. Life simply got in the way – of everything. For the sake of my business, my gym, and the athletes in it, I was going to have to sacrifice my sleep to keep things going.

Thankfully, I’ve always been a bit of an insomniac. I’ve never had a hard time getting to sleep, I usually pass out the instant my head hits the pillow. But often I will wake up at three o’clock in the morning with a surge of adrenaline, wide awake, and ready to start the day. Not sleeping is hardly foreign to me.

Exercise has helped me curb my insomnia quite a bit. The heavier I lift, the deeper and longer I sleep. Sometimes, I even get seven hours. However there are times when my life and my business simply get in the way and I have to revert back to my non-sleeping self. Inevitably, if this goes on for any length of time, my workouts start to suffer. If it goes on longer, my workouts disappear.

I would never let this last longer than a few months at a time, at the absolute most. But sometimes it simply cannot be avoided. I’m sure many of you reading this can understand.

Stitching Your Squats Back Together

When I crawled my way out of this hell, I found myself facing a new one. I had gotten all wimpy. And my squats were embarrassing. This was made doubly bad given that I’d only just started getting my squats back after my extreme fat loss transformation.

At a bodyweight of only 75kg I’d brought myself back up to a 150kg Olympic back squat – double bodyweight. Sure, I used to front squat more than that when I was bigger and fatter, but I had abs now and my face didn’t look like a pumpkin anymore, so I was okay with the trade off.

Unfortunately, after this no-sleeping period my squat dropped all the way back down to an awesome 115kg. My bodyweight didn’t change at all (interestingly), but a loss of 35kg off of my squat was brutal. I know women who weigh less who can squat more – for example, my friend Amy Hay.

I had to get my double bodyweight squat back. And I had to do it in as short a time as humanly possible. 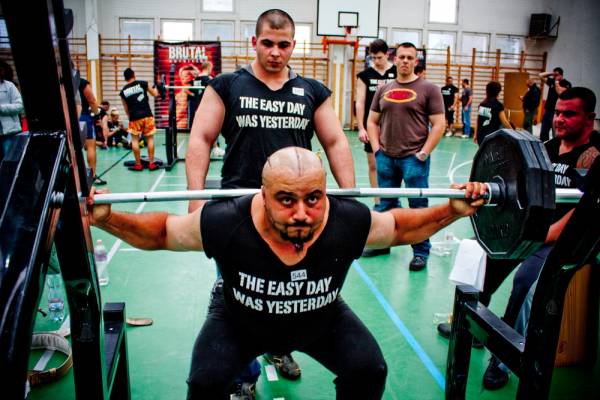 NOTE: It is funny how relatively works. You might read this and think me an arrogant bastard. Hell, you’d kill for a 115kg back squat and you weigh more than me. Other people might read this and think I’m a total wimp who can ONLY squat double bodyweight. I know it sounds like hippie BS, but it is true that you can only judge your own progress relative to yourself. Given that, let’s ignore my comment about strong women. They are awesome because they are awesome, not because they can squat more than my skinny ass.

How to Add 35kg to Your Squat in Two Weeks

I’m a big believer that when you want to see change in your body, you must give it an ultimatum. In practice this means you need to overload the Hell out it.

What I told you was to adopt the philosophy of a good piano teacher. If you want to be a great pianist, practice as often as humanly possible. There is almost no such thing as too much.

As I’ve said many times: more is not always better, but it usually is. When I decided I needed to add 35kg to my squat in two weeks, I simply followed my own advice and did this VERY simple program religiously:

Everyday: Accumulate 20 to 60 total reps on the squat at a weight that feels heavy but doable.

Stick to between 1 and 5 reps per set, erring on the low side. And no matter what, get all 20 or more reps per day at a weight that is heavy as Hell, but not a weight you will fail with.

I did this five days per week for two weeks and my squat crawled right back up to 150kg – double bodyweight. Here’s the video to prove it – growling and yelling is optional.

After your next lay off, try out this simple but effective method of regaining the strength you once had, that you don’t have now, but that you want back badly.