Tune Up Your Conditioning: A Primer on ATP

Understanding the complexity of how our body creates energy is key to programming for better conditioning. 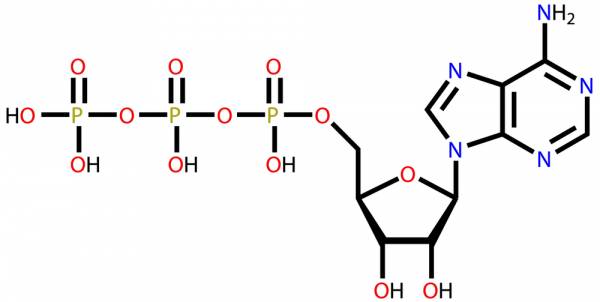 Some Caveats to Programming

Picking a name for a fitness program seems to be pretty important. As for prioritizing fitness, I align with StrongFirst‘s name in that strength comes first. It is more difficult to gain strength than it is to gain conditioning. Thus, most of a person’s efforts should be on building strength.

And I am not talking about a endurance sport conditioning. Rather, I am talking about Fred Hatfield’s challenge in his book Power of carrying twenty beer kegs up to a second floor pub.

Or even simpler, walking up a few flights of stairs or having sex without sounding like you’re having an asthma attack. We are talking about being functional.

Since everyone has individualized fitness and sports goals, their programs should consider those goals.

Andrew Read has written how running is the killer app of the body. Bramble and Lieberman describe hunter-gatherers as running their prey down to exhaustion. But recent papers indicate the theory does not hold.

I can’t imagine ancient tribespeople with glucose energy drinks along their trails. I would write an article on it, but frankly I am not passionate about running long distances.

“Your body does not know when it is going to stop, so it prepares for all possible outcomes.”

Early labels specified aerobic or anaerobic programs (with or without oxygen). Aerobic usually meant things like jogging and anaerobic meant lifting weights. We now talk with more nuances about the three energy systems.

Nice idea, but it is not quite that simple. In truth, all systems function at the same time. Your body does not know when it is going to stop, so it prepares for all possible outcomes.

“In creating a general program, a person might want to train strength about 85% of the time and conditioning 15% of the time.”

We also have to consider rest periods. Let’s think about a basic exercise like kettlebell swings. Say we do for ten reps every minute on the minute. The first minute mostly uses the alactic system. But at the start of the second minute, our alactic system is only around 60% recharged.

Thus, we tap more into the glycolytic and oxidative systems in the second minute. At the start of the third minute, we are even more depleted in the alactic system (because we are depleting an already depleted system). 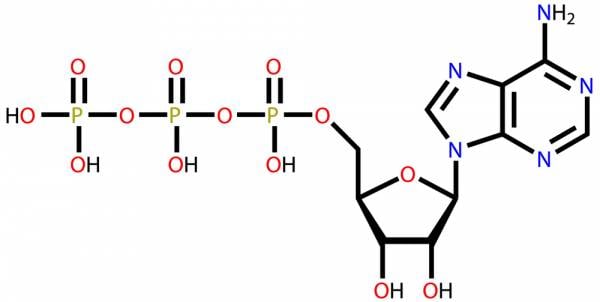 The different energy systems all produce adenosine triphosphate (ATP), the currency of our energy.

Our muscles use the energy that comes from ATP and water shearing off one phosphate molecule. We are then left with adenosine diphosphate (ADP) and we need to turn it back into ATP to have more energy.

Each of the energy systems produces ATP in different ways. Watch this video for a more detailed explanation:

The alactic system is the simplest in that it produces ATP from ADP and a phosphate molecule donated by creatine phosphate. Because of its simplicity, it is a fast process.

RELATED: ATP Supplementation – Does It Work?

But our bodies have limited amounts of ATP and creatine phosphate. We run out quickly (creatine supplementation helps build limited reserves of creatine phosphate), and it takes about three to eight minutes for this system to replenish. (After 60 seconds approximately 80% of ATP is replenished; after 120 seconds 88%; after 180 seconds 93%).

Powerlifters will often wait a good amount of time between lifts to maximize this system.

Glycolysis uses glucose (or glycogen, stored glucose in the muscles) to produce ATP.

The full cycle produces more ATP than the alactic system. It takes more time because of its complexity. The first part of the cycle does not rely on oxygen to produce ATP and as it occurs early in the process it is quicker. The second part requires oxygen and it takes a bit more time. The video below provides more explanation:

The oxidative system is the most complex as there are many different processes occurring.

We (optimally) create 36 molecules of ATP. But it is also a slow process, so it kicks in early when we start to exercise. Because we have historically equated this system with long-term endurance, it can seem unimportant. Watch the video for a great explanation of how this system works:

How to Get the Most Bang for Your Training Buck

It is likely that you should be training for strength first with more or less emphasis on conditioning (depending on your goals).

“Our goal is to build strength and to not take away from our gains, so more is not always better.”

Much of this idea comes from a new paper out of Peter Lemon’s lab on how they trained elite oarsman. Traditional rowing relies on a lot of endurance training with some strength training.

The researchers wanted to see the effects of reducing some endurance training and replacing it with sprint training.

This approach did help their rowers with their 2,000-meter rows (a usual oxidative intensive task). Rest periods for the rowers were three to four minutes. (More similar to Burgomaster and Gibala’s research than to Tabata’s research, which used ten seconds of rest).

This paper as well as many others on Tabata-style research led me to focus my conditioning on doing only sprint type of workouts. 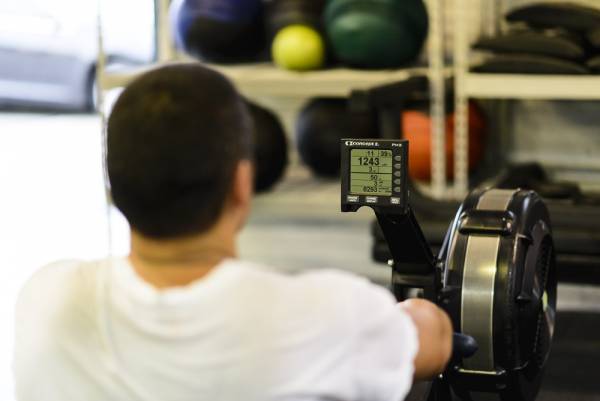