Use the Scientific Method to Take Control of Your Training

Training is one big experiment, and all good experiments follow the scientific method.

Proper strength programming is both an art and a science. An artistic science, if you will. We have access to an immense amount of time-tested methods backed by science. But we also have the realities of individual preferences, time constraints, and training responses. The art is balancing the two.

There’s nothing wrong with following a program written by someone else, and sometimes that’s exactly what the doctor ordered. But sometimes, we want to venture out into the great unknown and do our own scientific training experiments. A scientific approach is invaluable in understanding how to reach your goals and take control of your own training.

The cool thing is this same basic model can be applied to your training. In this article we’re going to discuss the basic principles that will guide you through the process of developing your own program while maintaining a scientific approach. Here’s a step-by-step guide on how this works in a training context:

There are two fundamentally important aspects of hypothesis development:

A big part of hypothesis development is the research that goes into determining both your hypothesis and the methods you’re going to test. We’re trying to be scientific, remember?

What you are trying to accomplish:

While it’s still challenging to get truly objective, quantitative data on “stability and power out of the hole,” the focus of the question has been narrowed to a single problem and a single solution.

What methods you are going to use to get there:

Pause squats are a well-known option for improving strength at the bottom position, so they seem like a reasonable solution to this particular problem. You should have solid, logical foundations for all of the decisions you make in your own experiments. This doesn’t mean you can’t push the boundaries; just make sure that the choices you make have good reasons. “I wanted to try it,” by itself, is not a good reason.

One of the most important aspects of a scientific approach is being systematic and repeatable. The use of well-documented and well-executed methods is imperative. This means a couple of different things for us.

First, you shouldn’t be testing anything you don’t know how to do reasonably well. You don’t need to be an expert, but if your technique in an exercise is do shaky that every rep of your set of five was a different movement, that’s going to fudge the data a little bit. Whatever methods you choose, you need to be familiar and experienced with them so there’s no chance your experiment will fail simply because you performed the intervention wrong.

“One of the most important aspects of a scientific approach is being systematic and repeatable. The use of well-documented and well-executed methods is imperative.”

In terms of repeatability, the body takes some time to adapt to any new method. For whatever it is you’re testing, you need to continue to use the same methods for a duration that’s actually capable of showing a response (more research, yay!). Testing a muscle building program and deciding it doesn’t work after two weeks is just as silly as waiting six months to see if your conditioning efforts had a positive effect.

You also need to know the timelines for adaptation and utilize a plan that takes them into account. The point is to eliminate any chance that the overall effect of the program was the result of anything other than the training itself.

In some ways this is the easiest part of the process. In most cases all you need is a training journal, particularly if you’re testing something you can quantify like adding pounds to a certain lift or taking time off of a specific task. Track everything that may have an effect: your sleep, your nutrition, your recovery methods, sets, reps, times, when you worked out, etc. It may even be useful to keep track of some subjective measures, like your mood and how you were feeling overall. The more data you have, the more precise picture you’ll be able to paint and analyze later on.

An easy way to establish a difference between the beginning and end of your program is by using some type of baseline testing. Again, if all you’re looking at is improving numbers, the baseline testing is pretty straightforward. Test the task, measure, and then retest under the same conditions following the completion of the program.

If you’re looking at something that isn’t so easy to quantify numerically (like our pause squat example), then try to come up with a baseline test that offers some degree of objectivity. In this case, taking a video with a certain load from multiple angles can establish a baseline. Taking another video following completion under the same load using the same angles will give you a useful and direct comparison. 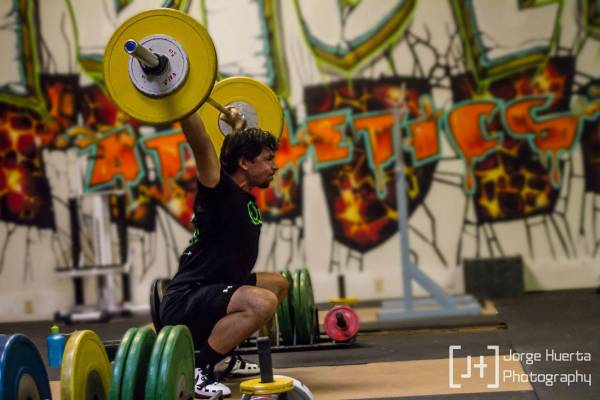 The importance of testing under the same conditions cannot be understated. If you performed the baseline when you had slept and eaten well following a week of vacation, then it makes no sense to perform the re-test while sleep and nutritionally deprived in the middle of an extremely stressful week at work. The purpose of the test is to evaluate the program, not the effects of lifestyle decisions.

The final part of the scientific method is reflecting on what you did and putting your experiment into context. Did you see an effect? Was the effect what you expected? If it isn’t, can the difference be explained somewhere in the data you collected?

“You need to be able to see what the data’s showing you, not force it to take the form you want to see.”

One of the most important aspects of a scientific approach is being systematic. How does this new information fit into your overall understanding? Does it inform other ideas you’ve had or force you to question assumptions you’ve made? Finally, where do you want to go from here? This is how a scientific understanding is built. Research, test, incorporate, and repeat.

When doing your own testing, it’s important to keep a few concepts in mind: