Last week, I wrote up all the primary reasons you should at least own a pair of straps if you plan to lift heavy weight. This week review the top 4 straps on the market.

In last weeks article, I wrote up all the primary reasons you should at least own a pair of straps if you plan to lift heavy weight. Heck, even if you only used them on deadlifts, that’s worth it. Not owning your own pair of straps is usually a sign that you aren’t a very serious lifter of heavy iron. However, it’s your weightlifting that we’re going to focus on – specifically, snatching.

The two main reasons I gave for why you might want to consider wearing straps for (at least some of) your snatch workouts were:

I’m going to say, flat-out, not everyone is going to want to use straps on their snatch workouts. In fact, some people should NOT use them.

My own lifter, Brandon, who just got back from his first time at Nationals, never does. He’s a guy who snatches for about 7 to 10 hours a week – just snatching! (Let alone his other work.) But using straps always felt awkward for him, and it didn’t translate very well to his lifts when he didn’t wear them. After much trial and error, we gave up.

His training partner, Arron, on the other hand wears straps for every lift – even most of his warm ups. And won’t stop using them till about two weeks out from a contest. What Arron does is far more in line with how most of my crew uses straps – all the time, except a few weeks out from a meet.

The California Strength guys (coached by Glenn Pendlay) also wear straps at nearly every snatch workout. The Bulgarian National Team is rather famous for their ubiquitous use of straps. The list goes on.

My point is you should own a pair, no matter what, because you’ll at least use them for pulls and deadlifts. But, you may find that once you’re snatching more often, and taking your Olympic lifting more seriously, that the straps allow you to train the snatch longer, and harder, than without them. That’s a recipe for success.

Okay, enough of this blabbing! On with the reviews:

(By the way, I’m only reviewing straps made by companies that really KNOW weightlifting – and ones I’ve actually used or tried out. Every one of these companies makes a great pair of straps, it’s just a matter of personal preference. They were all designed with serious hard-core Olympic Weightlifters in mind.)

One of the first companies to put out a high quality pair of straps specifically designed for Olympic lifters was Iron Mind. Prior to this, most straps were handmade by lifters and coaches themselves out of whatever materials they had available, like seatbelts!

I have owned my pair of Iron Mind straps for a good three years now, and they are still going strong. Considering that I go through periods of snatching twice a day, and pulling heavy lifts daily, that’s a real endorsement! (BTW, if you wear this kind, only wrap the bar ONCE on snatches. That way you can quick-release. Important!)

Full disclosure, my lifter Arron (who does all that crazy snatching and squatting on my YouTube vids) learned how to lift under the coaching of Chris Kimura in Southern California, before he moved up to Portland and joined my team about two years ago. Chris is a hell of a coach, as evidenced by what Arron was capable of when he came in. Chris had been making straps for his lifters for years by hand. Arron came to me with his pair, and still uses the same ones Chris made him to this day.

I bought a pair of the Chikara straps to try out because of that, and found that I really liked them. They are thinner than most, and so if you have a smaller hand (light-weight guys and women, for instance), they may feel more comfortable than the wider ones that are more standard, and that can seem awfully bulky on a smaller person.

In many ways they feel like a smaller version of the Iron Minds and are made of similar material. Great straps that hold up to a crazy amount of abuse.

Bottom Line: These straps will last you a very long time with heavy abuse. They feel great, especially if you are smaller boned and don’t have monster wrists.

More full disclosure: the Risto Sports family are friends of mine. But, I was a fan of their stuff long before I got to know them as people. You already know I (and many of my lifters) use their shoes, I’m going to be buying our team singlets from them, and it turns out their straps are pretty rad, too. 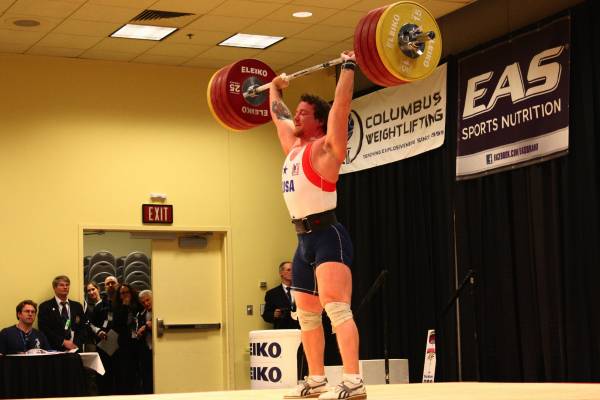 These straps are of a one-piece design, and feel unusually comfortable on the wrists. I think that is the main thing I noticed right away. Sometimes straps, on a heavy weight, bear-down on your wrist bone in a way that makes you afraid your hands are going to pop off! But these felt downright plush.

The Muscle Driver Straps are of a very similar design as the Risto Straps. While they are a bit less comfy feeling on the wrists (maybe that was just me?), they share one trait that I like a lot in both of them: The part of the strap that wraps around the bar is wider than the older, traditional strap. I think this more “modern” design makes a lot of sense as you’ve added to the surface area.

Neither the Risto, nor the Muscle Driver straps are as “slick” as the Iron Mind or the Chikara, but they still pop off the bar very easily when you miss behind. So no worries there. I think something about the modern design helps with this. (Oh, and the Chikara are basically the same design, just with a thinner rather than wider surface area around the wrist and bar. So it’s a comfort thing as to which you choose.)