When Your Child Is Sick: Natural Ways to Treat 3 Common Ailments

I hate when my kids get sick, and my hatred has fueled an endless quest for safe and effective ways to make them feel better. Here are several remedies that have worked for me. 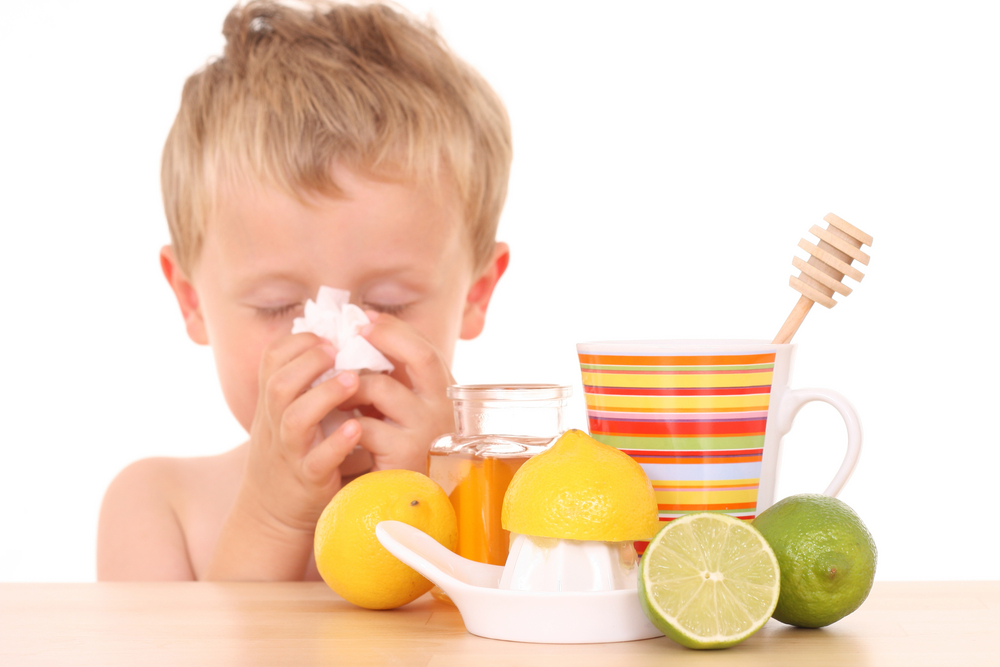 A lot of parents may not realize that many common adult medicines (expectorants, antiemetics, and antihistamines, to name a few) are not safe or effective for young children.

I certainly didn’t know this until I started researching a prescription my daughter received last year and found that it was actually unsafe for her age group. Nevertheless, it’s difficult to make your way through the many products out there.

A lot of parents may not realize that many common adult medicines (expectorants, antiemetics, and antihistamines, to name a few) are not safe or effective for young children.

I certainly didn’t know this until I started researching a prescription my daughter received last year and found that it was actually unsafe for her age group. Nevertheless, it’s difficult to make your way through the many products out there.

Here are some common ailments my girls have experienced and the remedies that have actually worked for me:

Home Remedies: Honey is my go to for temporary cough relief. I like to make my girls a warm drink with ginger root, honey, and lemon juice to drink before bedtime.

The ginger and lemon soothe the throat, and the honey loosens up mucus and also acts as a gentle cough suppressant. This one isn’t just an old wives’ tale, either.

A 2007 study found that honey was more effective than dextromethorphan for treatment of nighttime coughing in children ages 2 and older. I guess you could argue that tooth decay is a possible side effect of excessive honey consumption, but at least you don’t have to worry about dextromethorphan intoxication.

You can’t give honey to babies ages one or under, though, due to the risk of infantile botulism. For the really little ones, a hot steam vaporizer usually does the trick.

Add a drop of eucalyptus, lavender, or rosemary oil and run it through the night to prevent coughing spells in babies and older children. Sitting in a steamy room before bed and in the morning will also help relieve chest congestion if you don’t have a vaporizer.

Products I’ve Used:  If these home remedies don’t work, I use Boiron’s Chestal cough syrup, which is safe for children ages 2 and older. The medicine is sugar-free and alcohol-free and it doesn’t have any artificial flavors or colors. You can find distributors at the Boiron website.

Home Remedies: A stuffy nose is an extra challenge with babies and toddlers, since they usually can’t blow their nose. When my oldest daughter had her first severe cold, the doctor told me to use saline drops and an aspirator to remove mucus, but I was a slacker mom and couldn’t stand how much my daughter hated it.

After I started using a Neti pot for my own congestion, I realized that the initial discomfort really is worth it. Saline solution and an aspirator works in a similar way; you just squirt the saline solution into the nose, then let your baby lie down for a while (she’ll probably be screaming at this point), and use the aspirator to remove the loosened mucus. This remedy is safe for babies as well as toddlers.

Products I’ve Used:  I’ve experimented with a lot of different medicines for kids, and so far the best one I’ve found is Hyland’s Sniffles ‘n Sneezes. It’s a homeopathic cold remedy that doesn’t contain pseudoephedrine acetaminophen.

The tablets have no taste and dissolve under the tongue. The only downside to this medicine is that, like most homeopathic medicines, you have to give it your child very frequently in the beginning for it to be effective.

For example, my three-year-old has to take two tablets every 15 minutes for the first eight doses, and then once every four hours. You can use it for children ages two and up.

Home Remedies: Every year I dread the inevitable stomach bugs. My daughter had a horrible stomach virus last year that lasted about a week. We were desperate to find something she could keep in her stomach.

We tried plain water, Pedialyte, and Gatorade, but in the end the only thing she could keep down was breastmilk. I was nursing her younger sister at the time and happened to have some extra bags in the fridge.

I put some of it in ice cube trays, froze it, and gave her one ice cube every 30 minutes. Maybe it was just a coincidence, but it worked. Once she had kept that down for a couple hours, we were able to add some homemade chicken stock and weak fennel tea with a bit of ginger.

Products I’ve Used: I haven’t actually found a medicine to cure vomiting that is totally safe for toddlers and babies. If anyone knows of one, please let me know in the comments section, since a vomiting toddler is one of my worst nightmares.

I did receive a prescription for Phenergan (promethazine) when my daughter had that bad case of stomach flu, and I know a lot of people who have used it and had no problems. However, she was just over two at the time and I decided not to use it after reading the FDA’s warning issued in 2006.

We tried to just keep her hydrated as much as possible, and sure enough, within a day the worst of it was over. As long as there are no signs of dehydration or stomach obstruction, I like to stick with the home remedies, but obviously if complications arise, parents should consult a pediatrician to determine the best way to handle it.

And of course, prevention is also a cure. Ever since I started giving my daughter fish oil every day, I’ve noticed a dramatic improvement in her ability to fight off colds and other bugs. More than anything, a healthy diet and regular activity will keep your child strong and healthy.