Why You Keep Missing Your Jerks

Timing and technique can make all the difference between nailing it and bailing out.

I was fortunate to recently witness the IWF Senior World Championships in Houston, Texas with colleagues. As lifting nerds, this was a perfect opportunity to compare notes on technique and training. You name it, we analysed it. As I mentioned in my last article, one thing we noticed was that champions often harbor the same flaws as lower-level lifters. The only difference is that they are a hell of a lot stronger.

We also noticed the different ways lifters approached their jerks. Famed lifting writer Bud Charniga noted that more lifts are lost in the jerk than in the clean, even though the jerk requires less energy. The reason for this seemingly odd situation occupied our between-lift analyses. Here are our three main conclusions.

You Have to Clean It First

The supposedly easier jerk can only be performed after the more difficult clean. It’s one thing to jerk big weights when taking them off a rack in training. It is quite another to try the jerk after you have fought with a heavy clean.

This is not only physically tiring, but it can also foster doubt in your mind. The bar is bearing down on a lifter’s shoulders, and it feels heavy. He or she is already tired, and now has to jerk that bar. The mind is good at signalling how difficult that will be, and that’s why many lifters unconsciously give up or do not fully commit to the necessary amount of leg drive. If any thought of failure enters the mind, the barbell is probably going to win.

“The bar remained in the rack position after a heavy clean, and the seconds ticked on…and on…and on. The crowd was on tenterhooks wondering when the dip would begin.”

Mental and physical fatigue may cause lifters to settle for a submaximal clean in order to retain energy for a successful jerk. If the bar has to be readjusted in the rack position to avoid choking or change the grip width, that takes time, and time equals energy. And this extra time gives the lifter a lot more opportunity to realize how heavy the bar is.

Your Dip Is Insufficient

Many of the more technical reasons are related to the heaviness of the clean. Some lifters we saw had a habit of starting their jerks too soon after recovering from their cleans. They were in too much of a hurry to get the jerk over with.

This is especially true for the lifters who made easy cleans. They had too much confidence in their ability to jerk a heavy weight, but had insufficient mental and physical mobilization. Subsequently, their jerk dips were not low enough to get the extra drive that would enable them to complete the lift. In addition, they would often lower their elbows, which resulted in the barbell being thrown forward and lost in front.

The timing on your dip could be the difference between nailing that PR and missing it.

This habit is often seen in CrossFit converts, who often practice a variation of the clean and jerk called a thruster. Instead of jerk dipping after a clean, they drive the bar overhead in the thrust out of their clean. In effect, they merge the clean with the jerk and end up with the bar overhead. When entering their first Olympic weightlifting events, they may end up doing a short dip since they are not accustomed to performing a long dip, or even any dip at all.

We saw other lifters start their jerks too late. The bar remained in the rack position after a heavy clean, and the seconds ticked on…and on…and on. The crowd was on tenterhooks wondering when the dip would begin.

When this occurs, the lifter usually hesitates to commit to the jerk. This is the opposite of the early jerk. That bar does not get any lighter sitting up there on the delts, and the lifter doesn’t get any stronger by waiting. That long wait also provides more opportunity for the mind to do its insidious work of discouraging the lifter. This is especially true with lifters who lack confidence, but the principle works for all of us.

The solution to timing the jerk is obvious. Not too soon, and not too late. Exactly how long this is will depend on preferences and your psychology. With trial and error, a lifter will determine optimal timing.

You Rely Too Much on Strength

We old-timers who competed in the grand old days of the press made another observation. It’s hard to believe now, but failed jerks were rare in those days. This was no doubt due to the superior overhead strength developed by training for the press, and maybe also due to the lighter weights used in those days. On the downside, many of us did our jerks the same way we did our presses. We leaned back as the bar moved overhead, and many times we pressed out the bar a little bit. Referees were a little more tolerant in those days. 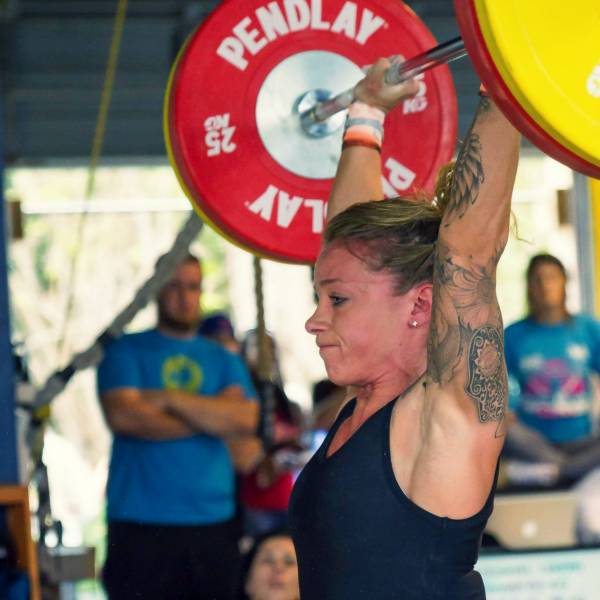 A reliance on technique over strength often allows women to hit a higher percentage of their jerks.

Nowadays lifters do not have as much raw overhead strength to complete the jerk, so they must rely on technique. This is even more important with women, as they generally have less muscular upper bodies. Indeed, it has been noted, also by Mr. Charniga, that women have a higher proportion of successful jerks than men, despite their weaker upper bodies. This is because they absolutely must rely on good technique, while many men can still rely on their pressing power. However, those men often end up being buzzed down for press-outs.

The Devil Is in the Details

These observations led to interesting discussions and once again confirmed that weightlifting is a more nuanced sport than meets the eye. CrossFitters and other athletes who are now using the Olympic lifts in training for their sports should be especially aware of these little details. If you want to get the best performance out of your body, never overlook the small things.

More on the Finer Points of the Jerk: