If you’ve been following health and food news over the last few years, you’re aware of a surprising number of food scares—food products being recalled due to contamination. For example, the CDC was forced to recall all organic and traditional frozen foods produced by CRF Frozen Foods due to the presence of Listeria. In late 2016, Sabra was forced to recall dozens of lines of their organic hummus for fear of contamination.

Food scares have become more common in recent years, due to the fact that a good deal of the food we consume comes from all around the world. To date, there are no efficient mechanisms for tracking and holding food producers accountable for contamination. There is also no single effective categorization of food scares.

Until now. The University of Surrey has developed a new food scare categorization system in conjunction with industry experts. The new categorization structure classifies food scares according to both its origins and its physical manifestations. For example, it examines the types of contamination (chemical/physical or biological), as well as the reason the contamination came about (willful deception versus issues with awareness or transparency). This new categorization system is intended to help risk management teams address potential food scares effectively. Thanks to the system, it will be possible to develop strategies to prevent future food contamination and scares. 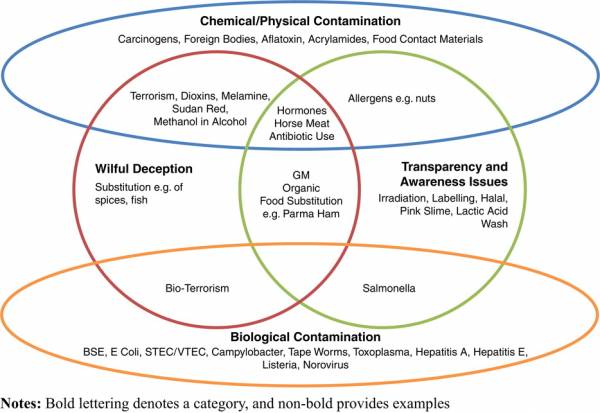 One of the most important features of the new system is that it is intended to tell willful deception apart from awareness or transparency issues. For example, the APB Food Group advertised products as containing beef but failed to declare the presence of horse and pig meat. This willful deception led to a still ongoing scandal. With the Sabra hummus recall, on the other hand, the contamination was accidental. The treatment of these two food scares would be very different according to the new system.

This new categorization system could make it easier for governing health bodies to deal with and even prevent future food scares. Understanding the origin and type of scare could streamline the process. Implementing this new system may be the solution to preventing the disruption of our modern food chains, as well as protect consumers from future threats in the food products that should be safe for consumption.