Researchers took a look at results from the famed NFL combine. They examined trends in test results, and the changes in players performances were surprising.

The combine for football has always been interesting to me. For scouting purposes its importance has been mixed. Many people believe it isn’t a very good measure of an athlete’s potential as a professional football player. However, in virtually every sport in the world, exercise tests are performed to help coaches gauge the future performance of an athlete. If we doubt the relevance of this one, why not doubt the relevance of exercise testing in all sports?

Regardless of your opinion on the efficacy of the combine, it’s still something to see. With some of the world’s best professional athletes putting on a physical show and accomplishing feats such as bench pressing 225lbs for over 40 reps, it’s enough to make any serious lifter pumped up just thinking about it. A recent study in the Journal of Strength and Conditioning looked at the differences between the athletes and combine results over a span of about ten years.

Over the last decade and a half there have been numerous rule changes and many advances in knowledge and awareness of preparation for sport. In this study, the researchers wanted to see if these changes had altered the demands required for elite professional football players.

If you’re not familiar with the combine, it’s a series of physical tests that can alter a player’s placement in the draft. The tests include mainstays such as various distance sprints and shuttle runs, different kinds of jumping, and the aforementioned bench press test. Researchers also looked at the height and weight of each of the 15 positions in football. They looked at two blocks of years – the first being three years centered around 2000, and the second being three years centered around 2009.

There were no differences in height or weight in the athletes that made for an obvious trend. As far as performances went, however, there were some substantial differences. Usually in a sport there’s an upward trend in athleticism as time goes on. In this case, however, the trend wasn’t universally positive.

The athletes were much faster in the more recent sample, performing much better in the straight sprints. There was an improvement in the 3-cone drill as well, which is similar to a shuttle run but with cones in an L-shape. On the other hand, there was a decline in the 18.3-meter shuttle. The athlete’s vertical jumps were not as high, but their horizontal leaps were greater. These were not positional distinctions, but rather held true across all positions. 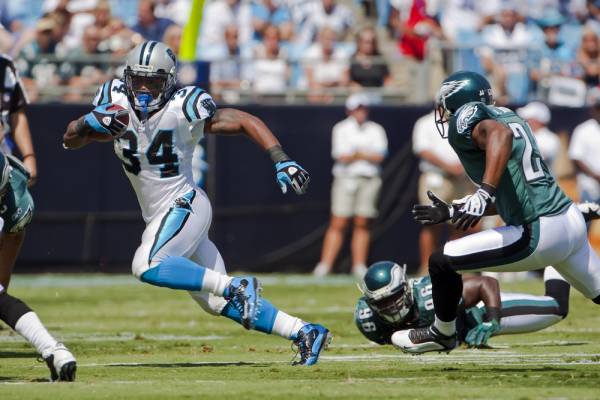 The varying results over time bring up questions about the nature of testing. It could be possible that there is a bias toward these tests, and so a greater chance of being well trained for these tests going in. The athletes may also have seen greater potential to stand out in these exercises so as to improve their draft position. The authors of the study suspect the tests that showed improvement over time measured traits that have become favored among coaches for better athletes, such as explosiveness and speed.

Because of the technical and tactical complexity of a sport like football, deciding what tests by which to judge the abilities of the athletes is difficult, and there are numerous reasons why the results could change in time. It seems like football athletes are becoming more explosive, or at least better trained, but it might be time to review the tests themselves.