Last week we took a look at Traditional Chinese Medicine’s view of sexual frequency in association with maintaining good health. For those people who found themselves to be at the bottom end of the scale or not even on the scale, there was some concern and even worry. Worry not; Traditional Chinese Medicine (TCM) has a lot of natural ways to boost one’s libido for both men and women.

When I have male patients come into the office seeking help with erectile dysfunction or female patients with low libido issues, I am often surprised by their adverse reaction to some basic health and lifestyle questions. It really should not be a huge stretch of the medical imagination to connect getting three to four hours of sleep per night, and then not feeling all that frisky the next day – just ask any new parent.

TCM preaches looking at human body as a fully integrated system, with what happens to the parts affecting the whole and vice versa. Thus before looking at a potentially injured branch, we want to see what’s going on with the whole tree.

Sleep, diet, and of course, stress levels, all play a very active role in the levels of sexual desire of individuals. Relationship issues get thrown into this pot as well, making the entire subject a great lens through which to view your overall health. What happens though, when we have for all intents and purposes, a healthy human being, in a positive relationship situation, with low stress levels (we’ll pretend they live in Switzerland), and he or she still has libido issues?

The best way to describe the differences in these two situations is to use your car as an example:

In situation one, there is a lack of “spark”. In situation two, there may be plenty of spark, but someone doesn’t have enough “fuel” to keep the fire going.

Difficulty in achieving arousal, for both men and women falls under the heading of “yang deficiency” or a lack of yang. Yang is the upward, outward, explosive, more male of the energy systems and if it has been all burned up through poor diet, lack of sleep, stress, or otherwise living in an adrenalized state, then simply adding some yang tonics should do the trick. (while the patient hopefully addresses the underlying lifestyle issues)

Difficulty in maintaining arousal, again for both men and women is most likely a combination of “yang deficiency” and “qi deficiency”. Qi is the energy that we use every day.

TCM has fantastic herbal remedies for both situations. Let’s take a look at a few:

The name pretty much gives this one away, and it’s a fantastic herb that can be taken by itself by both men and women. Yin Yang Huo is said to tonify or strengthen both the yin and the yang of a person, so this is a great herb for both sexes. If we boost up someone’s yang without addressing their yin as well, we may dry them out – you don’t want to suddenly blare Metallica at full blast without making sure there’s a little bit of Marvin Gaye in there too. Ya feel me?

More specifically for the ladies, Schizandra or Wu Wei Zi is a famous tonic herb used by Chinese royalty for decades. Wu Wei Zi is said to astringe or keep vital fluids from leaking out of the body. It can be added to the above herb or taken singly as well. It’s slightly on the bitter side and a little bit goes a long way flavorwise. 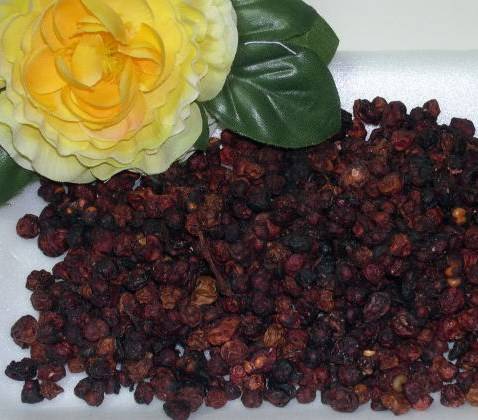 What should you do if you don’t have access to a licensed herbalist or herb store? Not an issue. TCM, like most holistic medical systems, believes heavily in the use of food as a means of modifying internal situations.

Paul Pritchford in his great book Healing With Whole Foods, advocates both sexes adding any of the following into their diet to spice up the noontime quickie:

If endurance is more of an issue than being able to get out of the gate, adding Astragulus (Huang Qi) and/or Ginseng (Xi Yang Shen) to any of the above herbs and spices will help you get to the end of the event in good measure!

Please remember that no system in your body works in isolation; so if your libido is low, take a look at your whole health picture. Remove all of the useless societal judgments placed on a decreased sex drive and do some research and experimentation. Most importantly, communicate with your partner what you’re going through and be open to thinking outside of the box. Go get some.