Game Plans: When to Hold ‘Em, When to Walk Away

When preparing for a fight we study our opponent and prepare a strategy. But we should also study ourselves, through their eyes. And we should plan for all outcomes, without attachment.

“Everyone has a plan until they get hit.” – Joe Louis

Joe Louis was a brilliant heavyweight in a time that was certainly a difficult one for African American men. Joe Louis was a quiet champion and generally let his fists do the talking. In the quote above, however, Louis spoke true words of wisdom offering up a poignant essence of sport and life. Mike Tyson modernized the sentiment years later by stating “Everyone has a plan until they get punched in the face” Uh-huh.

In getting motivated, we generally plan, establish goals, and set a game plan for the future. Nothing wrong with that. Hard to get somewhere without a map. As my uncle says, “If you don’t know where you’re going, any road will get you there.” Inevitably though, plan or not, we are going to have disruptions, trials, and storms along the way. Our road maps and goals rarely have contingency plans for such disruptions, because we see through our own lenses in how we hope things will evolve.

Fighters fight to win and in doing so try to fight on their own terms. In boxing and the martial arts we develop habits and patterns over years of practice, honing our strengths along the way. In developing these strengths we create game plans to capitalize on them. Finding our strengths and developing a plan in and around them is certainly a vital component of success. However, so is looking at our weaknesses – or how our opponents would and will look at us. Many of us don’t look at this dark underbelly of planning.

The thing in fighting and in life is that each of us has an opponent to contend with. In the ring there is literally another man (or woman) trying to hurt and defeat you. Unquestionably though, our biggest opponent whether in or out of the ring, is ourselves. This is what Joe Louis was saying – have a plan, but be willing to adapt. Sticking to the plan no matter what is arrogance and a good way to keep getting hit. We have to develop that sense of knowing when it’s time to change that plan or even throw it away.

In developing a game plan we play to our strengths and to our opponent’s weaknesses. When preparing for a fight, we notice our opponent’s tendencies. For instance, we might take note of our opponent’s footwork or head movement. Someone always moving his head in the same pattern might be something I’d notice. Always stepping with the jab or dropping the right hand as the jab is thrown is another tendency I look for. In studying such patterns we can better capitalize on our opponent’s mistakes.

While it’s vital to study such things in preparation, we have to keep in mind that our opponents are also most likely doing the same work. What is key is that we must also have enough humility to be truly introspective and see our weaknesses. We must also plan in and around those weaknesses. And if and when we have these weaknesses exposed, we must be willing to adjust our plan. 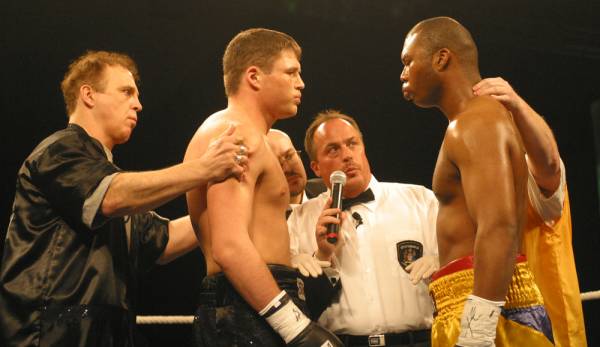 One of the lessons in planning is to have more than one plan. I might fight my game and play defensively, but I should also have a plan for being the aggressor. You should have a plan for succeeding and, honestly, a contingency plan for quitting. The problem is that in fighting the fine line from having heart and courage, to arrogance and ego is often blurred. We face the same issue in planning to succeed in life. We can become blinded by our self-will and determination to win and be right.

Such will is what makes champions, and sometimes such will is also what leads to permanent brain damage or permanently fractured relationships. If victory is not attainable, much better to utter “no mas.” Better to know that the fight is no longer there for us or that perhaps it’s time to fight another battle. The ability to see through the smoke of battle and make such a distinction is true courage.

My uncle also has another quote he likes to say from time to time. “You can have the answer, but if no one has a question, it doesn’t really matter.” In other words, having the plan and answer is fine, but we also have to be wise enough to know when and if it’s the wrong plan.