Discussing the topic of uncertainty is difficult to do without descending into clichés. For instance, how many times have you heard that “the only constant is change?” But in life, and in your martial training, that element of uncertainty is often missing, as we become victims of mundane routine. As we learn various techniques and strategies, that “X factor,” that unknown, is often not accounted for. Then it shows up in real life, and make us realize that we must accept it.

We all tend to fall into routines and have particular expectations. Then when something out of the ordinary happens, we are rocked to our core. Unexpected results from the doctor, a car accident, an opportunity in business, or a literal punch in the face can send us reeling, physically and psychologically. It all seems to have the same effect on us. How can we prepare for inevitable element of the unexpected?

Martial Arts as Preparation for Chaos

In the Pink Panther movies, Inspector Clouseau instructed his devoted servant Kato to attack him when he arrived home each evening to help keep him on his toes. Kato would invent all sorts of crazy schemes for attacking the Inspector, and thus the comedy ensued. However, the hapless inspector had a pretty good idea, which was that he knew he had to keep himself ready for the unexpected. Granted, the movie took it to the comedic extreme, but there is a kernel of truth to the idea.

It was a random encounter that brought me into martial arts. I was a victim of a violent crime. I have described that moment to people as one that pierced my little bubble of reality, my concept of personal security, and whatever theories I may have had about things like that happening to others.

It doesn’t matter what you call it. Happenstance, random events, cosmic uncertainty—it all means the same thing. There are some things that are out of our control. I have always sought to control the things that I can, and release from my psyche those things that I cannot. It is a very difficult discipline, but one that we all must master, or be forever obsessed with things we can’t change and inevitably ignore the things we can.

Martial arts training should include some elements of the unexpected. I try to prepare for the unexpected by introducing variety. If you train in a stand-up style, include some ground work. If you train for one opponent, try two. What about weapons? It will make things interesting to say the least. My real-life incident was with three opponents and a knife, all extremely close.

Always Be a Martial Artist

I got some great advice from my teacher when I first started training: “Take your martial arts with you when you leave. Don’t leave it here at the school.” That was something that I always appreciated and have tried to reinforce. Don’t be two people: one within the walls of your martial arts school, and then another when you leave. Take all the life lessons gleaned from your training with you, so that you can use them when that unforeseen circumstance arises.

What can we really control?

What will you do if you get clocked on the street and fall on your ass? Martial arts, regardless of the discipline one may study, uses the body as a means to train the mind and spirit. While beautifully executed forms and technique are great, the gritty reality that a real encounter is messy, inexact, and not pretty. Life is not a martial arts movie. It is a way to train your character, your resilience, and your tenacity. It is a way to prepare yourself for those moments of chaos, when good judgement and decision making skills are needed. It is less about the mechanics of the punch, and more about the willingness of the person to throw it. 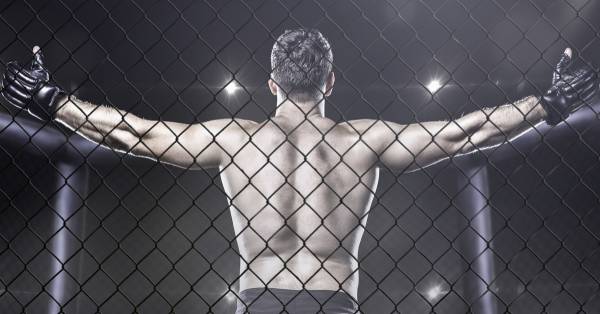 Preparation for the unexpected has its limitations. Knowledge, planning and analysis are great, but it still does not exempt one from the random occurrences that happen in life, and those moments when you think things should go one way, but for some reason they go another. We must prepare as best we can, but in the end, make peace with uncertainty.

Whether you grow or wither in the face of uncertainty is a decision: