For muscle and strength building, the list of available supplements is enormous, but the list of products that are well-studied and worth taking is pretty small. In a recent study in the Journal of Strength and Conditioning Research, investigators looked at two supplements together to see if they should be on that list.

The researchers studied the effects of combining an adenosine triphosphate (ATP) supplement with a free acid beta-hydroxy-beta-methylbutyrate (HMB-FA) supplement. They wanted to find the answers to two questions. First, they wanted to know if taking these supplements would improve hypertrophy, strength, and power over twelve weeks. Second, they wondered if these supplements might help prevent overtraining syndrome.

ATP is the primary energy carrier of the human body. ATP stores are also the most immediate source of energy for activities requiring sudden explosion. These stores last only a few seconds, and need to be replenished by the metabolism of macronutrients.

Creatine supplements work so well because of their role in ATP production. Creatine’s major role is the replenishment of ATP. However, it’s becoming increasingly popular to supplement with ATP itself, a practice that has recently been receiving greater attention in the scientific literature. In fact, it seems that ATP all by itself can increase fatigue tolerance, much like creatine.

The researchers also investigated the use of HMB-FA, a metabolite of the amino acid leucine. Its primary role is to regulate protein turnover, meaning it increases protein synthesis (muscle building) and reduces protein breakdown. As a result, it speeds up recovery between workouts and may allow for more exercise to be performed.

You can see how combining these two supplements might provide a great advantage to someone developing strength and muscle. In the new research, seventeen trained men were studied in a double-blind, placebo- and diet-controlled study. They went through a twelve-week program that included a two-week overreaching phase designed to push them to their limits, as well as a final tapering phase. The participants were also tested for physical features like body weight and lean mass, as well as strength, power, and jumping ability.

The results were substantial. Overall strength improved by more than twenty percent in the supplement group, compared to about five percent for the placebo group. The strength increase was especially strong in the lower body. The increases in jumping and power ability were a little closer between the trials, at about twenty percent for supplements and ten percent without. 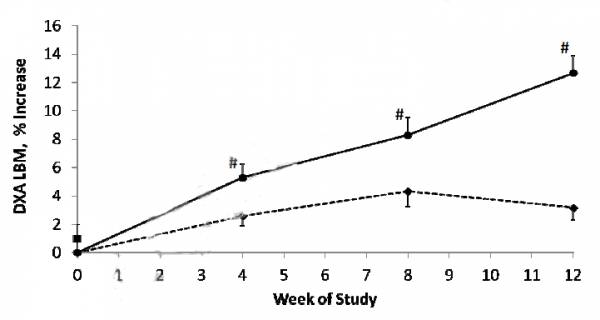 Further, the supplements also helped to reduce the effects of overreaching. In fact, the supplement group continued to get stronger during that time.

Unfortunately, the study was funded in part by a supplement company that also employed some of the researchers. The results sounded too good to be true, although according to the protocols the study was pretty well-controlled. If the results of this supplement mix are even partially accurate, it means this regime is a great addition to your diet.