How a Confused Mind Makes for a Strong Body

How can bad memory be a good thing? How can we use the “plasticity” of our brains to help us lift more weight? Some simple concepts and practices can have you lifting more.

Your mind is playing tricks on you. Many of your memories are false. And, no matter how much you think you can believe yourself – you can’t.

Over at Salon, they’ve published a small excerpt from a new book on the subject of memory called, What Makes Your Brain Happy and Why You Should Do The Opposite. It brings up some rather interesting, and counterintuitive ideas that apply directly to your progress in the gym.

Here’s a quote from the book:

If you stop and think about it, the ability to construct future scenarios in our minds is really quite remarkable. As far as we know, all other species, including our closest primate relatives, react to events as they occur. They can learn from these events and apply that learning in the future (think of chimpanzees learning how to catch ants by poking a stick into the mound and doing the same thing for every new ant mound they find), but they do not assemble complex pieces of information into a coherent whole of the future.

The thing is, we wouldn’t want our brains to be like a video camera – or worse, like a reality TV show! – that recorded every detail of every moment of our lives exactly how they happened. There are a couple of reasons for this, the most interesting being if it did, then our ability to construct helpful future scenarios for ourselves would be weakened.

There are also other reasons for not wanting our minds to be TOO accurate. There is research suggesting that among people who suffer from depression those with good memories have a harder time combating the disease than those who have poorer memories.

However, it’s the construction of future events from past memories that has vast implications for what is possible in your fitness life. And that’s what I want to focus on.

In most areas the word “plastic” connotes cheapness. But, in neuroscience plastic is great. When we say our brains have a “plasticity” we mean they are similar to our muscles: we can change them for the better if we work at it. And even if we don’t work at it, the brain – like a muscle – will change, regardless. (A brain that is not being worked on will atrophy in the same way that a muscle will.)

It was long believed the human brain was like a static pond, its shape long ago determined. Turns out we were wrong. The brain is more like a raging river that is carving out new tributaries into the rocks, ever evolving, ever responding to the world around it and making adjustments accordingly.

That’s the good news. If you want to alter your brain for the better, most of the time that is honestly possible. You can become smarter, sharper, less emotional, and more in control. Yep, it’ll take work – a lot of work. But, it CAN be done.

The bad news is all of this dynamism in the brain causes problems. Eye witness accounts of the Loch Ness Monster abound. People deeply believe they have seen the monster and no amount of logical arguing on your part is going to convince them otherwise. 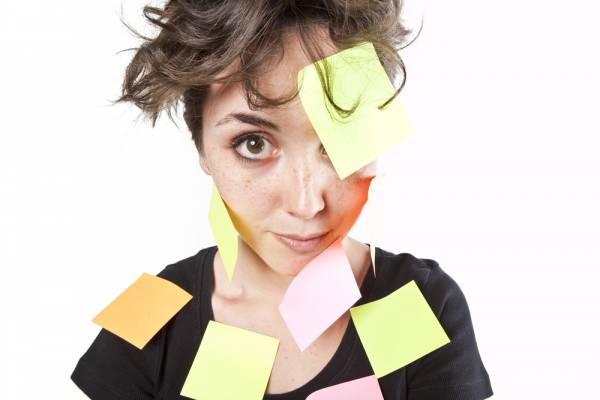 We’re all highly susceptible to false memory. It’s one thing to not remember something that happened to you. That makes sense. The brain wants to store only the most relevant and important information. It needs to filter for the sake of efficiency. No problem there.

However, what in the world is the evolutionary reason behind the persistent creation of memories that are dead wrong? Is it an artifact, a fluke, a negative unintended consequence of higher brain function? Or, is it simply that the complexity of the modern world is outstripping our minds ability to keep up with it all?

I’m not sure there are clear answers to these questions. But, a possible one is if you hope to create future scenarios in your mind that are going to aid you, then you not only want the most relevant memories from your past that actually happened, but you need a narrative that supports such an effort.

Real life is boring 99% of the time. That’s why reality TV shows have editors and directors. These folk take the massive amount of video that is recorded and they construct story lines out of them. They discard the majority of what was caught on tape. Then with what is left over they CREATE stories that follow the classical plots fiction writers have used for centuries.

There is often some truth to the stories, but they are fiction. Make no mistake. Real life doesn’t have a narrative. You’re born, stuff happens, you die. There is no “character arc” to your life. There is no moral. And there are certainly no commercial breaks.

But, the brain needs stories – narratives – to guide its evolution and growth. It needs the moral of the story, the direction, the point. If a memory doesn’t fit within the narrative it is trying to construct, then it will either remove it completely, or alter it so it makes sense in context. If a certain memory is needed to fill up a gap in the story line, then it will invent it out of thin air.

Tricking Your Brain Makes You Stronger

All of that may sound dire and dark, but you can use this fact to your advantage. There is nothing wrong with using a good moral of a story to help you construct a better life and a better body. As the line goes, sometimes the best fiction is more true than reality. 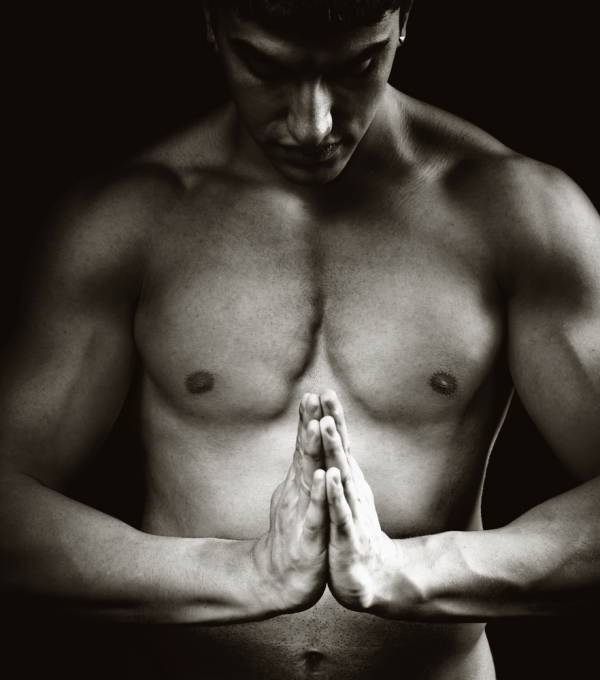 In line with that, here’s a simple step-by-step trick you can use on your brain to help you increase the amount of weight you lift in the gym:

It might seem like science fiction, but if you simply imagine yourself regularly performing a lift perfectly, and you do it enough, your brain will start to believe you’ve already done it.

I like to do this with myself when I’m shooting for a new personal record (PR) on the snatch. I imagine myself performing the perfect snatch with the weight I want to hit. And, of course, I imagine myself being successful with it!

Any heavy lift is scary when you are attempting a new PR in large part because you have no experience doing it. Lower weights are less scary because you have done them. So, the goal here is to trick your brain into believing that you’ve already made that lift so that you are less timid. Fear makes you weak. Confidence makes you strong.

As far as your brain is concerned, after you’ve imagined yourself doing the lift over and over, you DO have a memory of doing this lift already. And you will therefore be more confident in your attempt.

Sure, the hidden cameras of your reality show might not have captured it. But, your brain doesn’t know that! Use the fact that your brain is prone to false memory to your advantage and you will certainly be stronger for it.

Just don’t get carried away and start trying to create memories of yourself going to work and be shocked when you don’t get a paycheck.