Certain activities have a cachet of injury. Auto racing, parachuting, martial arts, and football come to mind. Conversely, soccer, basketball and athletics seldom conjure up thoughts of injury. Weightlifting is also high on the former list. Mention it to any non-trainer and chances are the first thing they think of is weights falling on a hapless victim. There is a kernel of truth to these assumptions, but not a bushel.

I once saw an “analysis” of various sports by someone who didn’t have a clue. When it came to lifting he claimed that the main injuries sustained were “weights falling on toes” and “hernias.” Really? I have never seen either on in 45 years of lifting. In actual fact, a frequently cited study had weightlifting one of the safest sports with 0.0017 injuries per 100,000 hours of participation. Track and field had 0.570.

In my first ever contest I was also warned, “Don’t lift too much weight.” As a weightlifting initiate this always amused me. If I could successfully lift it overhead, it was obviously not too heavy. It’s only “too heavy” if you can’t lift it (duh). And if you can’t, you can easily bail. I suppose the people issuing the warning were imagining me taking my maximum deadlift poundage when taking my first snatch attempt, thinking that I might be so naively ambitious. Even as a novice I was not that dumb. After all, I still had to total!

I was also repeatedly warned not to “strain myself,” whatever that meant. My aunt, a registered nurse, could never explain the exact nature of this catastrophic condition but she warned of it frequently. Whatever its nature, it would be caused by lifting too much. It always amused me that when I was doing hard manual labor on the farm, to others’ benefit, no one was ever concerned that I might “strain myself.” Farm work was familiar, lifting was not.

As you can hopefully see from these examples, it is important to distinguish between cachet and fact. That said, why does weightlifting have such a danger cachet anyway?

Well, one reason is familiarity. We are not so afraid of injuries sustained in activities that we are familiar with. I remember some years ago when I was lobbying to get weightlifting included in the Aboriginal Games. This is a sort of Olympics for native North American Indians. We were quickly told that this would be far too dangerous for their youth to engage in. 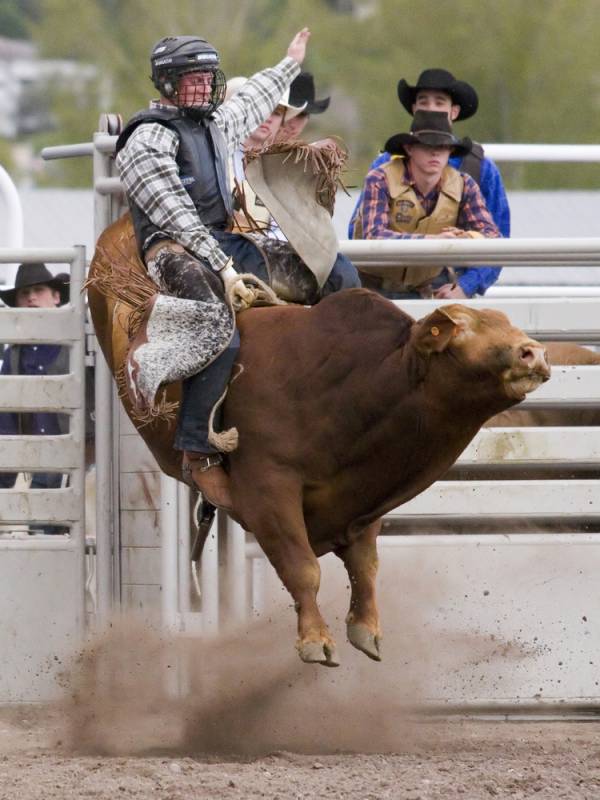 So, with no weightlifting there was room for another sport instead. So what did they add? Rodeo. You know, bull riding, bronco busting, and other activities where the question is not if you will be injured (and injured severely) but when. Getting hurt while breaking horses is an accepted part of Indian life on most reserves, so this did not frighten them. But a barbell is far less common, so getting injured in such a way was not to be contemplated. It was an unnecessary accident.

Another way to look at this is with our love of the automobile. A century ago when cars were novel a death or injury would have been seen as senseless. But today, dying in a car accident is still a tragedy, but it is at least a familiar one. Cars are such a part of our lives that we consider the risks worth taking.

Another reason weightlifting is seen as dangerous is connected to the relative value we place on different activities. We are not afraid of injuries occurring in activities that we value. Football is a very popular game in the United States and Canada, while hockey is so in Canada and becoming more so in the U.S. Play these games for any length of time and you will probably have some sort of injury. But most parents have no fear of sending their children onto these playing fields. Any injuries are usually the normal ones we can expect when doing a strenuous sport. We learn to live with them.

But sometimes the injuries are more serious, from broken arms or legs to spinal injuries and all the way up to death (thankfully all extremely rare). It always struck me that whenever one of these deaths occurred on a football field or hockey rink, no one ever called for the abolishment of the game. In fact it was often the parents of the deceased who insisted that the sport proceed. But have a player injure himself in the weight room (often due to his own stupidity) and immediately we see the weight room padlocked.

The Reality of Injuries 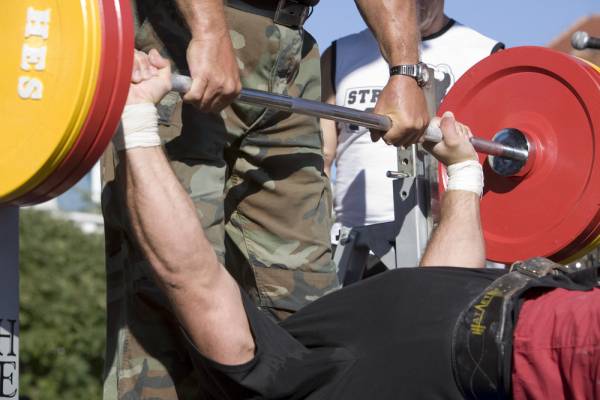 Lifters, like most other athletes, will experience injuries from time to time. It is part of the price of athletic glory. In Olympic lifting, injuries are less serious than many other sports. Things like pulled muscles and tendonitis will be experienced by most at some time. Fatigue and lactic acid muscle soreness are common but are not injuries. All of these things are inevitable and can be treated easily enough.

What we in weightlifting and other iron sports should be most concerned with are the preventable injuries. Most of these are due to three things, namely:

Advanced trainees know the muscles must be warm and stretched, and the movements practiced before the big plates can be added. This step is often ignored by novices or the poorly coached. I remember one paralympic bench contest I refereed. Not one of the lifters warmed up! If anyone should have been aware of injury potentials I thought it would be paraplegic lifters, but here they were taking 90%-plus starting attempts with no warm-ups.

2. Lifting Above Your Capabilities

This one is obvious. It most commonly occurs in the two lifts where the body is placed between the bar and the floor – benches and squats. If your strength fails, you’ve got problems. The obvious solution is to avoid going over your limit in the lift, especially outside a rack and also especially without spotters. Don’t let ego get the better of you.

This is the toughest one to fix. The other two causes can be fixed immediately. This will take more time. There is a right and wrong way to do any lift, even the single-joint ones. For those one can learn proper technique in any good weight-training book. Multi-joint lifts need personal coaching due to their more abundant leverage options. The Olympic lifts require even more coaching due to their precise method of performance combined with speed of movement. Again, a coach will be needed, especially in your novice period.

Fixing all of these issues will radically decrease your injury rate. All of these are usually the provinces of novices. This is important to our discussion in that demographics-wise, at any given date, most trainees in the gyms of the nation will be novices, so coaches must be alert to these problems.

In conclusion, weightlifting poses far fewer dangers than most all other popular sports when all appropriate precautions are taken. If you really want to worry about something that is dangerous, a couch-potato lifestyle with too much alcohol, tobacco, pills, and over-eating is much more hazardous than any of the iron sports. If you don’t think so, fine, but I’d like you to call me when you are sixty.