Why Technique Matters in Olympic Weightlifting

For decades I’ve been hearing the complaints about technique coaching and training for the snatch and clean and jerk. People have told me these lifts are just gymnastics and not true strength events. I’ve been told they are too complicated. Some people have even informed me they are just evil. Not unexpectedly, none of these complaints have come from weightlifters or weightlifting coaches.

I’m sure the complaints and arguments will continue to emanate from those who just don’t want to bother with learning how to perform the lifts or to coach technique. For a large number of people in the world of traditional resistance exercise, the movements they employ are of minimal neuromuscular complexity and so the teaching of technique is a relatively simple task. In fact in bodybuilding the whole point of exercises is to isolate muscles and reduce as much as possible the interplay between individual muscles and muscle groups. Furthermore, there is no need to teach the act of actively not contracting the muscle.

For those interested in employing the Olympic lifts in training or becoming a weightlifter who regularly faces the rumors and complaints about technique, I thought a review of the phenomenon of weightlifting technique might be an apropos topic.

The Development of Technique

Modern technique in the performance of the lifts (at one time dubbed the “quick lifts”) took its final step toward its current state in the late 1960s when the International Weightlifting Federation changed the rule that forbade lifters from touching the bar with any part of the body apart from the hands until it went to overhead lockout in the snatch, or resting on the shoulders in the clean. In the clean it is still forbidden for the bar to touch the torso at any point above the lap until the bar is supported at the shoulders. 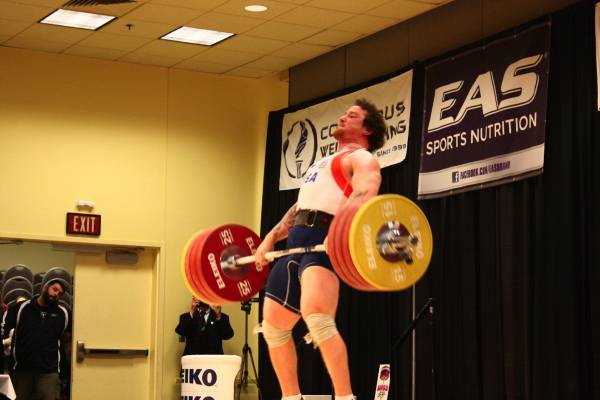 With this change, athletes were able to employ a thigh brush that allowed the legs and hips to be used more effectively in the pull. With the development of biomechnical analysis of the lifts, the application of biomechanics by coaches, and the recruitment of larger numbers of top athletes to the sport, the modern double knee-bend technique was described in the mid to late 1970s.

Although some individual variations have arisen since that time, the basics of the modern pull have remained constant for the last several decades. It is the most biomechanically efficient technique that can be verified by sport science.

Since weightlifting has bodyweight classes, the primary concern for the majority of competitors is to become as efficient as possible, i.e. to lift as much weight as possible without exceeding the limit of the bodyweight class. This involves two procedures. The first is to lift with the greatest biomechanical efficiency, allowing for the generation of the greatest amount of power and the fastest appropriate body movements. The second is to develop and use the musculature in the most efficient manner.

Developing and employing the best, most efficient technique will also lead to developing the functional anatomy that is most appropriate. By performing training lifts and exercises with the best technique, the body will develop in a manner that is harmonious and conducive to optimal performance. There should be no development of muscular tissue that is not employed synergistically in the performance of the snatch and clean and jerk. 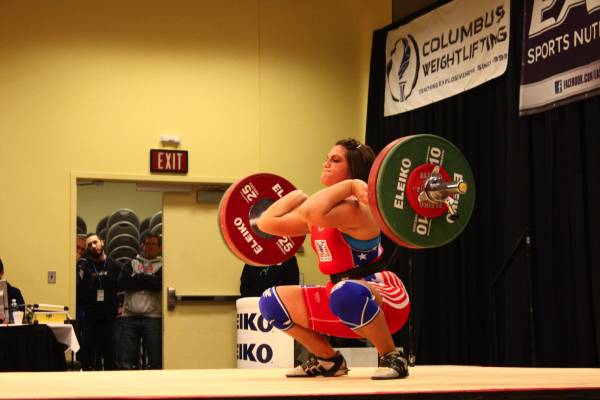 Balanced development refers to both the muscular and nervous systems. Not only should a weightlifter’s body have minimal development of non-functional muscle with respect to the performance of the lifts, but the myelination of the neurons that innervate the functional muscles must also be highly developed. These neurons must be trained in a synergistic manner so that muscles will be contracted in coordinated patterns.

Both of these types of balanced development will come about as a result of properly designed training that employs frequent use of the Olympic lifts and their derivatives. As lifters become more and more advanced, the training will take on a more specialized nature that gradually discards auxiliary exercises that do not work the muscles in the most appropriate patterns.

Injuries frequently occur when the forces around joints are imbalanced for the activity being performed. These imbalances result from poorly designed training including the use of inappropriate exercises or the overuse of certain activities. The balanced development that occurs from properly designed training is less likely to lead to injuries. Of course in any sport geared toward maximum performances, some injuries are likely to occur, but proper training will minimize the occurrence and lessen the severity.

When To Learn Technique 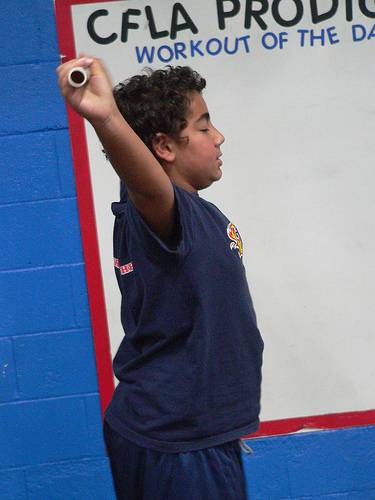 At one time it was thought that technique was best learned in a gradual manner over a period of several years of a lifter’s career. Current best practices indicate the greatest benefits are derived from learning technique early in the career. In many national programs, the emphasis is to learn technique during the pre-pubertal years. Technical training is performed with dowels so the athlete is already beginning the process of neural development before resistance training begins.

For those of you interested in training the Olympic lifts, the best results will occur when technique is mastered first. This should be the first major task of the coach – the teaching and perfecting of technique. Coaches employing the Olympic lifts in the training of athletes must accept the fact that coaching technique is a significant part of the equation. There is no way to avoid it and no amount of grousing that will make it go away. If you are in the position of just learning the Olympic lifts, learn everything you can about performing them properly. Get the best coaching you can until you absolutely master them. If you are a coach, you must learn to perform them with good to excellent proficiency, and then study the teaching techniques of top coaches if you want to teach them effectively.

Snatches and clean and jerks are technique oriented – period. That’s not to say that performing them at high levels does not require great physical strength. This is an error in thinking many people make. They think great technique pre-empts the development of strength. In fact, the best weightlifters have outstanding technique and are exceptionally strong and powerful.

Hopefully this article will provide a perspective for aspiring coaches.