Leptin was discovered in 1994 and is a key hormone in regulating our energy homeostatic system. Leptin is released from our white adipose tissue and communicates with our brain how much fat we have in storage. Leptin also controls our satiety. When leptin levels are low we become hungry and when leptin levels are high we should be satisfied. When working properly, leptin helps us maintain a healthy weight and disallows us from overeating.

But like with all other hormones, if we get too much leptin our cells will desensitize to the hormone and we develop dysfunction in the leptin pathways. This means the leptin signal telling us to stop eating and to stop storing more fat cannot be heard. This leads us to continually overeat and to store more body fat. The good news is that leptin sensitivity can be regained.

One way leptin sensitivity can be regained is through proper exercise. Leptin and insulin communicate with one another and work collectively with other hormones to control our energy balance. As insulin levels rise so do leptin levels. Exercise has been proven to increase insulin sensitivity. Exercise increases the need for the muscle cells to replenish lost fuel. Eating a diet that is too high in sugar can lead to excessive amounts of insulin being secreted. This can lead to insulin resistance, which means we will need even more insulin. Remember, that as insulin levels rise so do leptin levels. This is how insulin resistance induces leptin resistance. By reestablishing insulin sensitivity we will not need as much insulin in response to ingested glucose and as a result we will have lower leptin levels.

Exercise may be able to decrease leptin levels as well. In a study done on rats, leptin levels decreased following four weeks of voluntary wheel running.1 This shows that exercise can play a critical role in reestablishing energy homeostasis. The problem is it needs to be done appropriately. Being chronically stressed or exercising too much or too intensely can yield some negative results. The reason for this lies in our fight-or-flight response. 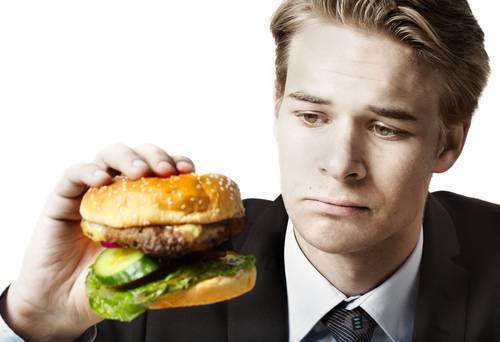 Adrenaline, or epinephrine, is a major player in our fight-or-flight response. Adrenaline allows us to deal with physical and emotional pain. It also frees up the fat we have stored, making it an important piece to energy homeostasis. Adrenaline is released under stressful situations, but when we have too much adrenaline released (i.e. chronic stress) our cells will also desensitize to it. This makes it extremely difficult to release stored fat for energy. Also, under times of stress we get an increase in adrenaline and a decrease in leptin.2 This can lead to overeating.

Exercise is a stressor and adrenaline is released during physical activity. If we are chronically stressed and over exercise we can further our adrenaline resistance. This will keep leptin levels low and can lead to us chronically overeating. Our major stress hormone is cortisol. Cortisol induces insulin resistance, so this is a double whammy on leptin levels. Over exercising can also cause increased levels of inflammation. Inflammation automatically induces insulin resistance. That’s a serious hormonal avalanche.

How Much Is Too Much?

So how do we know we are exercising too much? The answer is to listen to your body. If you are constantly sore, experience fluctuating moods, do not look forward to exercise, and are not making any new gains (or are even moving backwards), you need to scale back on the amount of exercise you are doing. The appropriate amount of exercise is going to be different from person to person. This is due to the fact that the amount of daily stress we are under varies by individual, as well as how well we handle that daily stress. Simply put, if you are not doing some form of active stress management then you are not managing your stress well.

The Lesson In Leptin 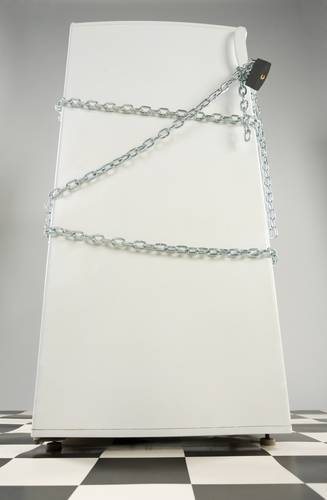 Leptin is an important hormone that controls how much body fat we store and how much food we consume. Through poor dietary choices and high stress levels we can develop leptin resistance. This can lead to increased fat storage as well as overeating. Exercise is a tool we can use to help restore leptin sensitivity. It works through increasing insulin sensitivity and by directly lowering leptin levels. When exercising we need to listen to our bodies because exercising too much can lead to adrenaline resistance, which lowers leptin levels and increases our risk of overeating.

Our knowledge of leptin is new discovery, having discovered it just nineteen years ago. Hopefully, as we understand its role in the human body with greater detail, we can devise more thorough plans to correct any issues associated with it. Studies are beginning to show that leptin plays a role in many different areas, including behavioral aspects and various diseases.

I will dive deeper into other roles that leptin plays in human function in upcoming articles. If you have questions about the function or management of leptin, please post to the comments below.