For Christmas 1961, I talked my parents into buying me a 110-pound barbell and dumbbell set from Sears Roebuck. After having been the smallest kid in school for several years, I could hardly wait to get my hands on those weights and start getting strong.

The set came with an instruction booklet that described and depicted the basic barbell exercises grouped into workouts for the first and second months. The first exercise was the clean and press, with almost all of the description given over to performing the press.

After training for a couple of years I decided to up my game and purchase the then fabled Four York Courses from York Barbell. These were four pamphlets describing barbell and dumbbell exercises accompanied by wall posters that depicted “proper performance.” The first exercise in course number one was the clean and press, with almost all of the description given over to performing the press.

The History of the Press

So the situation that existed in those days was that almost universally everyone who started training with weights was relatively young and male, and the first exercise learned was the standing two-hands military press. Any time you ran into a fellow “iron gamer” (one of many terms used to describe a member of the weight training/weightlifting community), the most common question was, “How much can you press?” Of course, this question was also a bonding device.

“[I]n the late 1960s, almost everyone I encountered had been doing some overhead pressing and had subsequently mastered the ability to contract the rhomboids and stabilize the scapulae.”

In those days the press was also a competitive weightlifting event, and the one that was most easily performed by even the least athletic of participants. Then, as now, not everyone was a fan of squatting, so the press was the most popular weight training exercise. Although the curl was popular, there were no records being kept, so it was never regarded as a “real lift” with a history.

Consequently almost everyone who trained in that pre-machine era pressed overhead while standing and developed the posterior musculature that stabilized the shoulders. Furthermore, it was considered less than sporting to do your pressing off the rack and most practitioners would testify that weights felt heavier when taken from the rack as opposed to cleaning the barbell before pressing. So almost everyone cleaned the weights they pressed, and just by doing so frequently, they became more skilled at the power clean. 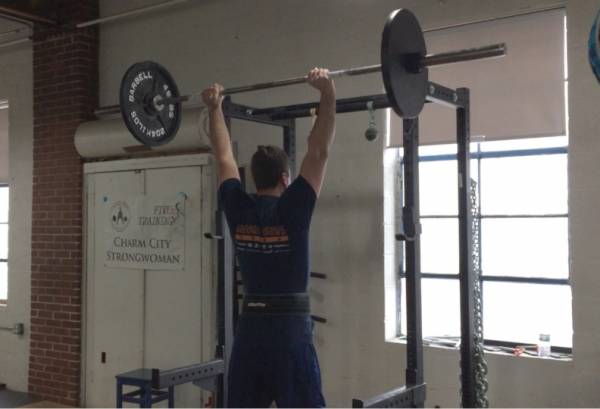 By the early 1960s, nearly everyone who trained with a barbell in the U.S. could clean and press with some proficiency, had developed overhead support strength, and was developing the muscles of the posterior chain through performing power cleans and overhead pressing. By the time I started coaching weightlifting in the late 1960s, almost everyone I encountered had been doing some overhead pressing and had subsequently mastered the ability to contract the rhomboids and stabilize the scapulae, which in turn would provide stabilization of the shoulder when the arms were overhead.

Currently, I’m working with a number of people from varied backgrounds interested in learning how to snatch and to clean and jerk. The majority of them have had some experience training their bodies for a variety of goals. Almost all of them have done some barbell training. What I’m noticing, though, is that a large percentage of them have not mastered the skill of firing to the rhomboids when lifting a barbell overhead.

“Any time you ran into a fellow ‘iron gamer’ … the most common question was, ‘How much can you press?'”

Whether performing a snatch, jerk, or overhead squat, the barbell is rarely secured directly overhead and instead tends to drift forward. After speaking with my students, I’ve found that most of them are conceptualizing overhead lifting as being a phenomenon of the shoulders and arms. They have failed to properly conceptualize the support chain that starts with the rhomboids and continues upwards in a “V” through the muscles of the upper back and shoulders and on up the arms.

Correctly performed standing presses are now being incorporated into the preparatory training to ensure my new lifters learn how to properly fire to this support chain so they can more easily support overhead lifts. Four sets of three to four reps performed with proper technique and good posture will prepare the neophyte lifter to develop the proper firing pattern to successfully sustain heavy snatches and jerks. 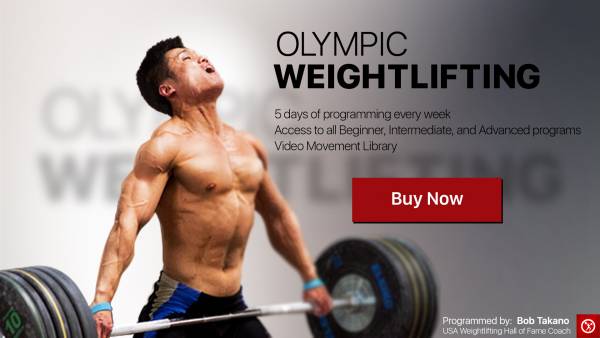