How Parents Can Best Support Their Kids in Athletics

“Go away.” This is the single best thing Jen believes parents can do to support their kids in athletics. Read on for more tips on raising athletic children and choosing the best coach for them.

In part one of my discussion with experienced kids’ coach Jen Flannery, she discussed the characteristics of effective coaches of kids, as well as the appropriate ages and expectations for kids in athletic programs. Jen is a brown belt in Brazilian jiu jitsu and the head women’s and kids instructor at Fifty/50 BJJ. In part two, Jen dispenses advice to parents about how best to support their kids and offers observations about kids in sports generally.

How Parents Can Best Support Their Kids in Athletic Endeavors

“Go away.” This is the single best thing Jen believes parents can do to support their kids in athletic activity. Parents should drop their kids off and then make themselves scarce. Kids do not behave better when their parents are around, even if their parents believe this to be so. The coach must have one hundred percent authority over the child for anything to work, and if the parents stay to watch the class or training session, the child is more likely to look to the parent for approval, which undermines the coaching dynamic. The coach must be the one to evaluate the child’s behavior, even if that child appears to be misbehaving.

This is one of many reasons it is important for parents to select a coach they trust; they must choose a coach they feel comfortable leaving completely in charge of their child for the duration of the lesson. If parents aren’t comfortable doing this, they may have their child in the wrong program.

This doesn’t mean parents can’t participate and be supportive. The key is the nature of that participation. While a swim coach in college, Jen learned about what parents of swimmers can do to interact with the coach and their child effectively, including asking their kids how practice was after it ended. Did they learn anything new?

Further Jen came to believe that parents would do well to refrain from saying anything judgmental, telling their athlete how to behave, or instructing them on their techniques, even if they happen to be experts in the athletic endeavor. Parents shouldn’t even tell their children to practice; children will not stay with anything for the long haul if they don’t decide they want to do it themselves. It is important to keep the parent and coach relationships completely separate lest the child come to believe the parent’s love is conditional upon success. Parents’ reactions to their children’s performance will affect their children. For this reason, it is important to allow the coach to provide the criticism and evaluation. If a child is upset about his/her performance on a given day, the parent should ask the child what the coach said and reinforce that.

Some Home Truths about Kids in Athletics

The biggest thing Jen believes kids can derive from participation in athletics is to learn to try. Nothing is more unfortunate than a six- or eight-year-old who is afraid to try because they are afraid to fail. One of the saddest things Jen has seen is kids who are afraid to play a game like tag, because they don’t like to lose. But kids shouldn’t have these fears, of failure, of getting hurt. This could be the sign of a learned behavior, of parenting that has been overindulgent. 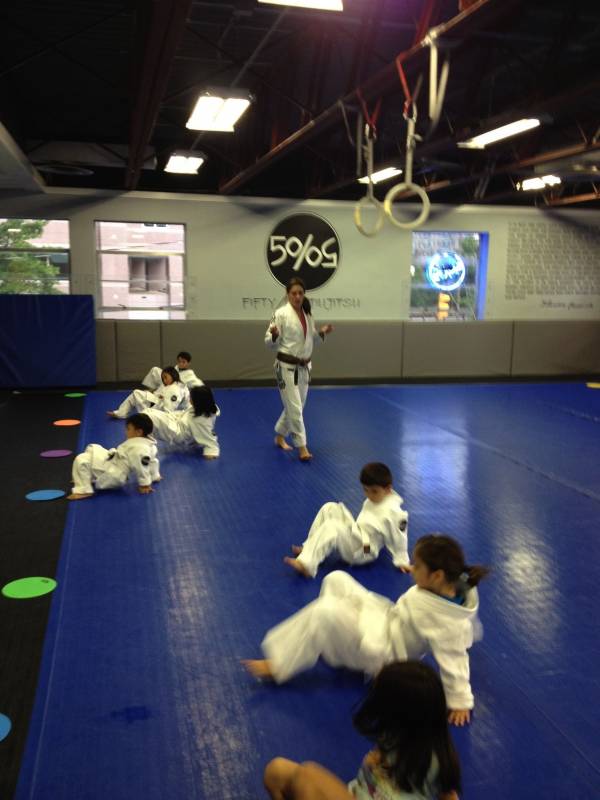 Jen commented that a generation ago, kids would just go outside and play for hours, unattended by adults. This created a social experiment of sorts where kids would work out disagreements among themselves. If one person wanted to play one game and another wanted to play a different game, the group would negotiate and come to consensus on their own. But now everything is so structured that every time there’s a squabble, parents come in and fix everything, which means kids are less able to figure out how to compromise. Kids aren’t forced to work together like they used to have to do. Thus, collaborating and settling disagreements is another thing participation in sports can help kids learn.

Participation in sports can also help kids learn how to lose AND win graciously. To deny them the opportunity to learn by “protecting” them from loss is to deny them a vital set of coping skills they will need throughout their entire lives. The trend these days of children receiving ribbons or awards simply for participation can be a negative; rather, kids would do well to learn that if you agree to do something, like participate in a sporting event, you are expected to honor that agreement. You do not win a trophy or a ribbon for showing up.

A coach’s job, then, is not just to make kids feel good. It is to push them, to give them constructive criticism, to expect them to perform. Ultimately, what makes kids feel the best is true success. And to experience success, they must also experience failure, both on the way to success and as a contrast to it so they understand the difference and can savor when they do succeed. 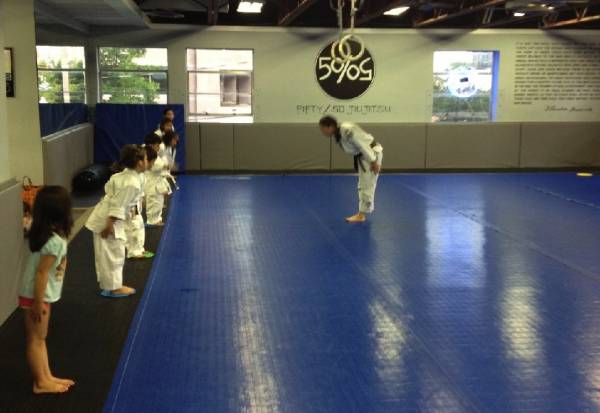 When Jen was a child, she was required to memorize a poem before she was allowed to compete in swimming. The poem is called Don’t Quit, and the line that resonates most with her is “Success is failure turned inside out.”

A student Jen coaches had an experience recently that perfectly exemplifies this. In the class Jen was teaching, the kids were working on takedowns. One girl kept getting taken down, unable to execute any takedowns on her partner. She was getting more and more frustrated and came to the verge of tears. But Jen encouraged her to keep going, and then in the last couple seconds of the round, she took her partner down.

And the smile on her face said it all. This was true success, failure turned inside out.

If you missed part one of our discussion with kids’ coach Jen Flannery and want to know her advice on finding a sport and coach for your child, read: Introducing Your Kids to Athletic Activity – What to Look For