“I can sleep when I’m dead!” “The early bird gets the worm.” Ever said either of those things to yourself? Or do you no longer have to say these things to yourself because you run on four to five hours of sleep pretty much every night? You’re used to it. You don’t need sleep, right? That’s for lazy, unmotivated people who don’t have things to do. You’re way more productive than the average bear.

That’s what I used to tell myself, too. In my early and mid-twenties I would wake up extra early to get my workouts in, train a client at the gym at 5:00 or 6:00am, then go to class or work for the rest of the day, catch my second workout in the afternoon, maybe teach a fitness class as well, then go home and stay up until 11:00pm or midnight working on school. It didn’t get any better once I graduated and started working shifts at the hospital. I spent a good decade of my life getting an average of about four to six hours of sleep per night and wondering why I always felt like crap, why I couldn’t lose weight, and why I always felt like on the verge of a nervous breakdown on top of numerous other health problems.

People seem to wear their lack of sleep like a badge of honor. In our society, overtime and eighty-hour weeks are signs of the motivated, the high achievers, and the people that get ahead. No wonder I never considered my lack of sleep to be a problem. Well, turns out skipping sleep really isn’t getting any of us ahead. It’s making us sick. It’s making us depressed. It’s making us fat and aging us at an accelerated rate.

Sleep Deprivation vs. Your Hormones

Chronic sleep deprivation can cause numerous mechanisms to go wonky inside the body. First, let’s talk about how lack of sleep affects several hormones and metabolic processes in the body. Studies have shown that just a week of sleep deprivation can cause significant alterations in glucose tolerance (i.e. how readily your body’s cells can recognize glucose floating around in your blood and pull it into the cells of the body where it will fuel activity). Impaired glucose tolerance can make you more likely to develop diabetes and cardiovascular disease. In fact, studies have shown that subjects who slept less than five to six hours per night were twice as likely to develop diabetes.

Sleep deprivation can also cause weight gain. Studies have shown the greatest risk for obesity to be when one gets two to fours hours of sleep per night, and the lowest BMI was associated with subjects who got an average of 7.7 hours of sleep per night. Now, before you go lock yourself in your bedroom for a snooze-athon anticipating to wake up ten pounds lighter, let’s talk about why sleep impacts weight this way. Like I mentioned before, impaired glucose tolerance is a side effect of sleep deprivation. When your body doesn’t uptake glucose into the cell efficiently, you feel tired and hungry more often than you should, which makes you reach for more food, resulting in a calorie surplus. And remember, your body is already not using energy, calories, and glucose well. So guess what happens to those excess calories? That’s right. They get stored away, usually right on your butt, thighs, and belly.

But, it’s not just the glucose intolerance working against you. Sleep deprivation has been shown to lower leptin (an appetite-suppressing hormone produced by fat cells, which is normally produced in abundance at night) and increase ghrelin, (a hormone released by the stomach that stimulates hunger, which is also secreted at night but normally in lesser amounts). Research subjects were found to have an increased sense of hunger and tended to reach for carbohydrate-dense, sweet, and salty foods when sleep deprived. So, let’s see – you’re glucose tolerance is impaired, you’re hungier, and you’re reaching for all the wrong things to eat. Fantastic! But wait! We’re not done! 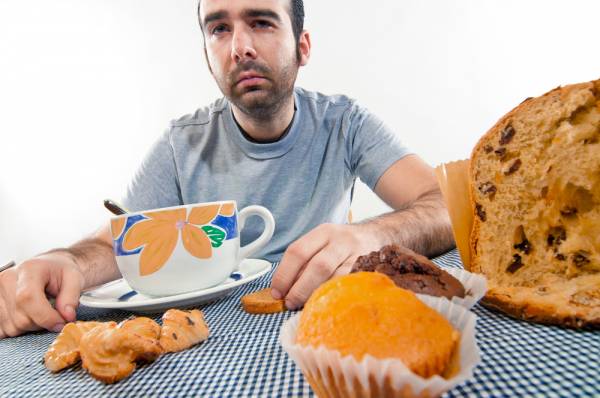 You’ve probably heard of cortisol. It has become a buzzword associated with stress and belly fat. Cortisol has its purpose and place. It helps our bodies respond to stress appropriately so that we don’t become ill. People who do not produce adequate levels of cortisol are diagnosed with Addison’s disease and suffer from numerous problems. So, you need cortisol in the right amounts and at the right times. However, bedtime is not when you want your cortisol to be high as it heightens alertness.

Chronic sleep deprivation seems to mess cortisol secretion up. In studies on individuals who were sleep deprived (four hours of sleep per night), evening cortisol levels were elevated and the levels decreased six times slower when compared to control subjects. These elevations in cortisol further increase the likelihood of developing diabetes and obesity. There’s that dang diabetes and obesity issue again. Seeing a pattern here?

Sleep Deprivation vs. Your Brain

Oh, and let’s not forget how sleep deprivation affects our cognitive skills. Studies have shown that chronic and acute sleep deprivation will negatively impact learning and thinking. Attention, alertness, reaction time, memory, reasoning skills, and creative thinking all suffer when we don’t get enough sleep – both acutely and chronically. See, all that cramming you did for tests back in college? Wasted. You should’ve just stayed out and partied. I kid. I kid. (Sort of.)

Sleep Deprivation vs. Your Immune System

Lastly, when sleep suffers, so does your immune system. There are specific types of immune cells, namely cytotoxic natural killer cells and CTL, floating around in your body that peak in number during the day. They fight off foreign antigens and repair damaged tissue during the day when tissue damage is most likely to occur. 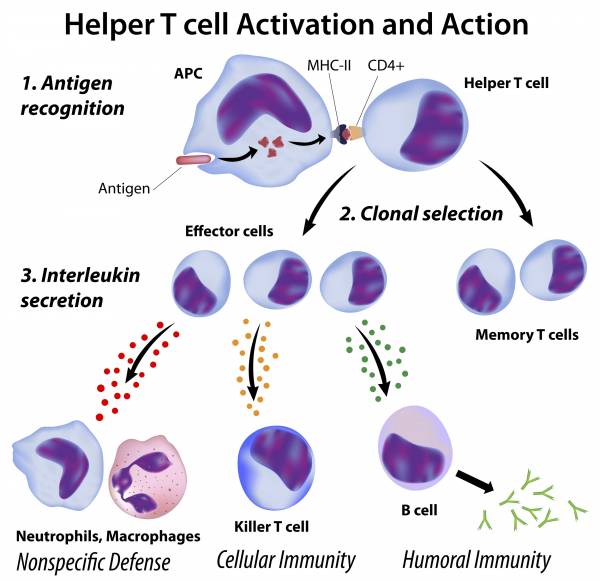 At night, during the early stages of sleep and particularly during slow wave sleep (SWS), different types of immune cells peak in concentration (T helper cells and antigen presenting cells for those nerds in the crowd), prolactin and growth hormone peak, and cortisol and catecholamine productions drops. All of these changes make for an environment that supports inflammation.

Say what? That’s not good, right?

Well, when we get adequate amounts of sleep this inflammatory state supports the immune system by enhancing the body’s ability to form an initial immune response to invading ”bugs.” It also enhances long-term immune function. Basically, the body remembers the invaders over a long period of time. This inflammatory system, when you’re getting enough sleep, is balanced by the anti-inflammatory hormone, cortisol.

Whenever you chronically skimp on sleep, the inflammatory state is unbalanced. Blood levels of C-reactive protein, an inflammatory marker used by medical professionals to predict the risk of heart disease and diagnose general inflammation, go up when sleep is too short for a prolonged period of time. This inflammatory state resulting from a lack of sleep has been shown to do nothing to support the immune system, only to impede it’s function, and put the body at risk for infection, chronic diseases, and cancer.

So, as you can see, if you think you need to get to work early and stay up late to “get ahead” think again. And obviously, in my younger years, I was sadly mistaken when I thought I was burning more calories. If anything I was making it even harder for me to lose weight. Sleep is vital to our health and well-being. And, let’s be honest, we all look a little sexier and perform a lot better when we get enough shut-eye.

So, get to bed people! And if you’re having trouble going or staying asleep stay tuned for some tips on how to make improve your sleep quality.