As a trainer, having a client come in the door who wants just a single thing is like Christmas. You have no idea how happy it makes me when a new client says, “I just want to run faster.”

Fixing a single quality of fitness is easy. Even if he or she has one or two underlying issues that make things more challenging, say needing some corrective exercise as well as to gain some strength to hold it all in place, the final goal is still just a single thing.

Compare that to the SEAL/astronaut/ninja program that many want. These plans seem to include moving like Ido Portal while having the endurance of a team of sled dogs and the body of Brad Pitt in Fight Club. All of a sudden there are a ton of things in the way and the end goal is difficult to even pin down.

This is why cookie cutter plans won’t work. Because what you may need to become a SEAL/astronaut/ninja (S/A/N) is entirely different to what your normal workout buddy may need to accomplish the same. How can that be?

Put a Plan Together

Even if two people train together there will always be differences between them. As an example, if I row over a short distance, like 250m, I am not so great, but once that distance goes up over 1,000m all of a sudden I start looking good. For my own training, I need to spend more time on short and sharp than I do on that middle range, as I do pretty well at things that last five to ten minutes (like the RKC snatch test, a 2K row, or a 500m swim).

So the first thing we need on our S/A/N plan is a strict look at our strengths and weaknesses. I’m not going to talk about how to do a needs analysis here, but there are many ways from 1-5RM strength tests, to fitness tests such as the beep test or MAF Test, and then on to things like DEXA scans to measure body composition (to see if what you really need is dietary planning).

But at some point you need to figure out what goes where in your training week so the whole thing works and doesn’t come crashing down on you after a few weeks as you burn out and end up stuck on the couch so stiff and sore you can’t move.

Classic periodization says that you address a single fitness quality for a period before moving to another and maintaining the first. This continues through until competition time when there is a push to bring about the qualities most needed (usually power and endurance). But if you’re like most people today, you are really just training for training’s sake. That’s a fair enough reason, but because there is no long-term event to plan for we can choose to do one of two things: 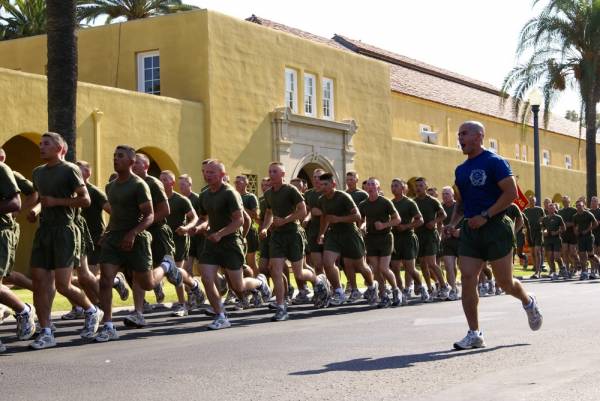 This notion of training many things at once is called conjugate planning and was made all the rage by the folks at Westside Barbell. In their basic plan, and remember they are only training for a single thing – powerlifting competition, they focus on three different types of training during the week: volume, intensity, and speed.

However, for our S/A/N plan we have to cover more than just standing still in the gym and hoisting iron. We need some movement, too. This can come in what are called mono-structural forms, such as running or rowing, or it could come in the form of parkour, tumbling, martial arts or dance. When you add in some mobility work to help recover from hard training, strength sessions covering maximal strength to strength endurance, and then some longer endurance work, you’ve got more than a few balls in the air.

Make Your Problems Your Priority

And this is why knowing exactly what you need is so important. Address your biggest problem and make it your first priority. For the sake of the article we’ll make this simple and say I want to train for something as simple as Special Forces selection (but not actually BUD/S).

Let’s assume you can train twice a day (because that’s the likely reality for that kind of goal, and if you can’t find two sessions daily you need to go back and reassess your goals). Let’s also say your biggest issue is pull ups, but you are borderline for all other skills needed such as running, push ups, basic strength, and ruck marching.

What you’ll see in the table below is a week of possible training time. With a goal like the S/A/N plan it works best to train twice a day during the week and then once on both Saturday and Sunday, but those will be longer sessions. Over a month that gives me:

My priority is pull ups. As these will respond to all types of strength training, we’re a bit lucky and we can just make sure that we address them in all our strength sessions. As we’re going to need to be crazy good at bodyweight exercises, it will make sense to practice these as well. I’m not going to detail a specific workout plan for each session, but you’ll be able to see how it can be structured for maximum improvements. For the sake of the plan, I’ve differentiated between bodyweight training for conditioning and resistance training for strength.

As the goal event (Special Forces selection course) comes closer, the lengths of time can be tailored to suit more specifically. The reason why it makes sense to put longer sessions on the weekend is simply that more people have access to bigger blocks of free time on the weekend for training.

And that’s another reason for individualizing a plan – everyone has different time constraints. That could mean the longest sessions need to go midweek if that is when the most time is free. As a secondary rule, I like to make sure the long sessions are separated from the lower-body strength work as much as possible. If you don’t know why go do a hilly four-hour pack march and then try squatting the next day.

Put It All Together

As a basic rule of thumb for the strength work, I’d suggest picking a few main lifts and working through a four week cycle of:

The 3×10 weeks will serve as a refresher after the heavier strength work and keep your joints healthy. Pick a maximum of two lifts per strength session (not including pull ups) and work them hard. In the final four to eight weeks before selection, start adding in more and more bodyweight conditioning and perform it after every training session when you are already tired. Add running in between rounds, too, as the “rest.” 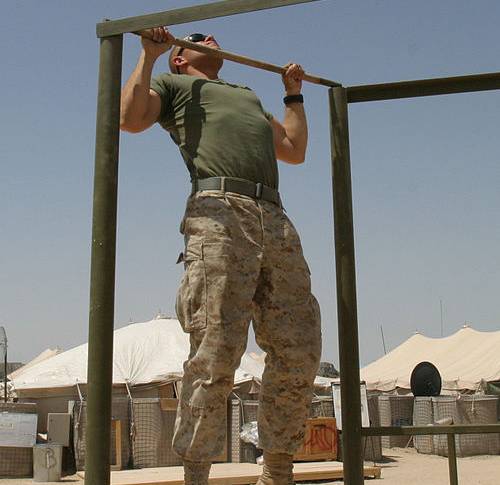 No matter how much running you do, or how many push ups and pull ups you do prior, you’ll still wish you did more. Don’t neglect the mobility training either, as these couple of sessions will allow you to recover and regain movement after all the hard work you’re going to be putting in.