A lot can happen in three years. That’s about how long champion powerlifter Charles Staley has been writing journals here at Breaking Muscle. In that time frame, Charles has taken two world titles and competed in multiple powerlifting tournaments.

When he first started journaling for us back in 2012, Charles was about five months out from his first World Championship powerlifting meet in Last Vegas, Nevada. Charles described his final deadlift attempt at the tournament in his journal entry, Report From World Championships:

This one felt heavier than I expected, casting doubt on my anticipated 501 final attempt. I was in an emotional quandary: I wasn’t confident that I could succeed with 501, but at the same time, I know it’d feel like a letdown to take anything less.

Ultimately I decided on 491. After about 15 minutes I heard (or at least I thoughtI heard) “Charles Staley is the lifter…” so I jumped up, tightened my belt, and prepared for what I knew would be a difficult pull. I took a few breaths, set up behind the bar, reached down, assumed by start position, and pulled for my life. “Wow, that went up much easier than I expected” I thought. I immediately chided myself for not taking something along the lines of 515. Then I discovered why it was so easy. I had taken someone else’s attempt, which happened to be 450 – eleven pounds less than my second attempt. Ugh. Long story short, I was given a fourth attempt, which I took, but by that point I was physically end emotionally spent, and I only got the 491 to about knee level.

In the end, I won the contest, but with lifts that I was disappointed in. Although powerlifting is usually thought of as a test of maximum strength, it is equally a test of managing time, energy, emotions, and expectations.

Charles has continued sharing his training logs and videos since that first experience at Worlds. Here’s what his entries have taught us about how to manage time, energy, emotions, and expectations to get the results you want.

When it comes to time management for lifting, what you spend your time doing is just as important as how much time you spend doing it. Making your training time sustainable ensures you can stay in the gym and perform at your best when the big day comes.

To ensure your training time is sustainable, Charles recommended heeding the important distinction between training and testing:

If you’re a competitive athlete, the time for testing your maximum capacity is in competition, not in training. Sure, in training you should always be pushing yourself, but there should always be more left in reserve for the day when it really counts. So, yes, you should be looking for new personal records in training wherever they might present themselves, but always with the idea that you’ll have more in the tank on meet day.

The problem with constantly testing yourself in training is that ultimately, it’s not sustainable. If you’ve got to whip yourself into an emotional frenzy three or four times a week, how long is that going to last?

Sustainability is everything in training. In fact, if it’s not sustainable, it’s not even training to start with – it’s a performance. So in the gym, put in your time, perfect your craft, embrace the grind. Then, on competition day, it’s time to uncork those big lifts that you’ve been itching to do in the gym for all those many weeks.

Regardless of your discipline, maintaining this distinction will go a long way in helping you be consistent and focused in your training. Read more tips from Charles about how to make your training sustainable in his journal entry, Training vs. Testing.

When it comes to energy management, the calories we consume on a daily basis make all the difference. If you’re a competitive athlete, weight maintenance is even more important.

In Charles’s entry, Nutrition Plan Details, he detailed his work with Eric Helms of Team 3D Muscle Journey. By following the plan, he dropped down to the 198lb weight class without any loss in strength and reached his lowest bodyweight since he was in his twenties. 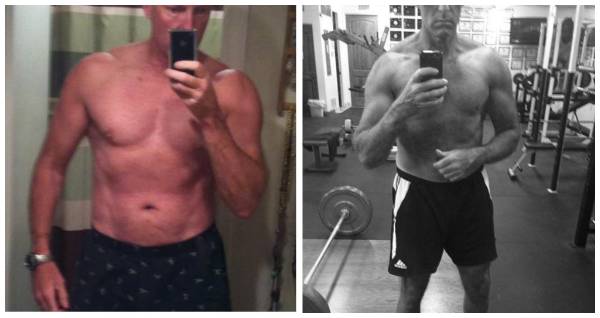 Everyone has those periods of time when they ask, “Am I working hard enough to see the results I want?” In his journal entry, Hard Work, Charles grappled with this question and how to answer it in his training:

So I DID ask myself that question, and the answer turned out to be that I’ve really been more concerned about what I can lift, rather than how hard I’m working. I’m only hitting singles from 225 forward because I’m ‘saving myself’ for the big single I’ll be attempting a few sets later. Why no back off sets though? Well, although I’ll typically reason to myself that I’m trying to save my shoulders or whatever, the real reason is that I hit a single that made me happy for the day, so I’ve given myself to take a vacation so to speak. It’s just simple complacency.

Yesterday I became annoyed at myself for this, and I decided the focus of the day was going to be on work. Putting in the time. Paying my dues. No belt today (which puts 40-50 pounds on my squat), no saving myself, no concern about hitting big numbers. Just work.

If you’re curious about what that looks like in real life, check out this video from Charles’s journal entry, Great Workouts Don’t Make Good Reality TV:

Often our expectations are tied up in comparison with others. But Charles has some words of wisdom for those of us who struggle with managing our own self-imposed expectations in his journal entry, What Have You Done For Me Lately. His advice is particularly relevant for the masters athletes out there, or anyone who has encountered a setback in their training:

For older athletes, it’s even more important to detach yourself from accomplishments from years gone past. In fact, although I use the Strong workout app to archive my training records, each New Year’s day I delete the previous year’s records. This keeps me grounded and realistic when planning my current training, and it also keeps me continuously hungry to notch up my PR’s at any and every opportunity.

Charles shares his training logs and videos like the one above every week, and you can catch up on his previous journals here. Charles is now just weeks away from his third Masters World Championship, so join us in cheering him on!