How to Train Around a Bum Foot

If you find yourself benched by a foot injury, it’s not an excuse to stop training.

What has 52 bones, 33 joints, 107 ligaments, 19 muscles and tendons, and about 250,000 sweat glands? Some people may call them dogs, clodhoppers, and piggly wigglys but I like to keep it simple and just call them my feet. They are so important for locomotion that the first shoes were fashioned out of animal skins 5,000,000 years ago during the Ice Age just to protect them. Since then, some of the most advanced technology in the world has been directed toward footwear, so that 25% of the bones in our body can perform and be protected.

So with all that development and technology, why do 3 out of 4 Americans experience serious foot problems in their lifetime?

With all that we use our feet for over our lifetime, it might be better to ask how they aren’t injured more often than they are.The average person takes 8,000 to 10,000 steps a day, which adds up to about 115,000 miles over a lifetime. That’s enough to go around the circumference of the earth four times. During an average day of walking, the forces on your feet can total hundreds of tons, equivalent to an average of a fully loaded cement truck. While running, the pressure on your feet reach up to four times the runner’s body weight.

A focus on injury prevention and the type of footwear we wear is crucial to any fitness endeavor. Dr. Chris Holder wrote an excellent article on how to reawaken and reconnect with your feet, and his advice should be your first step in injury prevention.

What to Do When You Get the Boot

But what if it’s already too late? What if we have already hurt our feet or ankles and earned ourselves a very fashionable, midnight black walking boot? At least black is slimming. Since prevention didn’t work, maintenance is now priority number one. Whether you are an athlete or a civilian wearing a walking boot, it is imperative that you begin or continue to exercise. Remember, it only takes two days for your muscles to begin to detrain, and only two weeks of inactivity before they begin to atrophy.

I have had quite a few athletes come to me with preexisting foot and ankle issues; some who are already in a walking boot. Depending on the type of injury, they are usually out of most activity for 4-6 weeks, which can be devastating for an athlete’s season.

In an attempt to maintain and save some of my athlete’s strength, I created the “Das Boot” Program. This is a five-day-per-week program that focuses on upper and lower body strength, core and rotational strength, and a small amount of conditioning. Each day emphasizes a different part of the body so that the whole system remains trained. I have had a considerable amount of success implementing this program, with most of my athletes able to begin training again at almost the same point they left off before the walking boot.

Below you’ll find the program in its entirety, along with a several videos describing the exercises. Stick to this program and after you shed your walking boot, you will have a much shorter road back to full recovery. 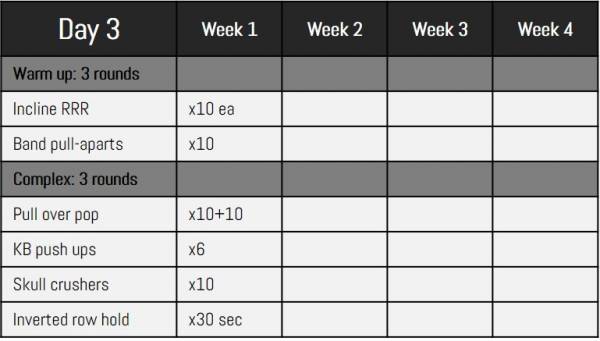 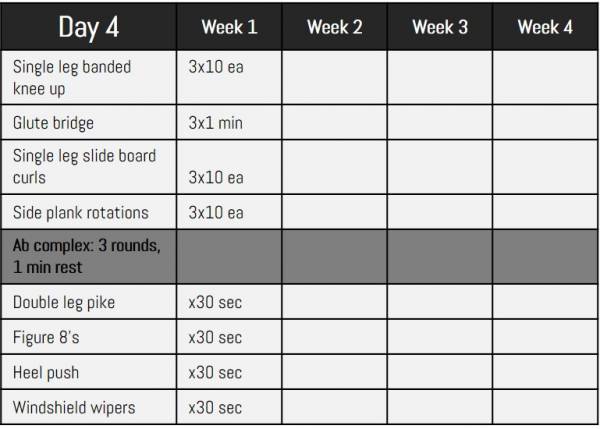 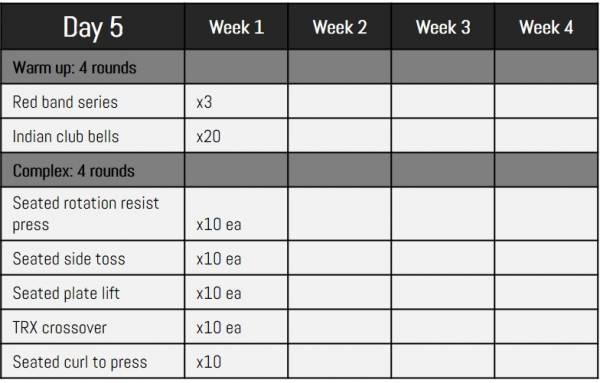 How you come out of an injury all depends on your attitude:

The Gift of an Injury