How Tonnage Calculations Can Make You a Better Lifter

What are you doing with all those numbers in your lifting journal? Do you know the formulas you should be using to plan your training?

Read any book about training and you will be advised to keep track of your progress via a workout log. This can be useful, as you can see your progress made over time. But what many of these books do not do is suggest that the information recorded can be analyzed and used to get a more nuanced look at your stats.

The aim of your log should be to find out what worked so that future training can be planned more effectively. Such logs are common in weightlifting and powerlifting, and often kept in great detail.

The Evolution of Tonnage Calculations

In the 1960s, we became aware that the Russians used logs as a matter of course. The main statistic kept then was the tonnage. This simply meant that the total weight lifted in the workout was recorded by adding up the weight of all lifts. Soon lifters were talking about “lifting a twenty-ton a week volume” or whatever. All assuming they would make greater progress than those doing only fifteen tons a week.

This total tonnage (T) was then divided by the number of lifts of the bar (NLB) to get the average intensity (Ia) measured in kilos or pounds. Therefore:

This did not last long. Soon someone realized that it was more tiring to lift a weight a higher distance (d) than a lower one. Therefore some coaches modified that formula by further multiplying tonnage by the distance lifted to get the foot-pounds of work performed, as follows:

This may have given a more accurate figure to an engineer, but the added accuracy did not add much to the usefulness of the figure. Measurement of the distances was also problematic. Something more was needed. Eventually everyone realized that the relative intensity (Ir) of the lifts was far more important than the total pounds or distance lifted. The concept of tonnage was reborn, but calculated as:

From this you arrive at the number of tons lifted in a given workout, week, cycle or whatever. This gives a much more useful and succinct figure. But the problem remained that it was difficult to compare lifters of differing bodyweights. After all, a heavy lifter could get more volume loafing than a lighter one could at peak performance.

Enter the concept of relative intensity. Intensity was refined and subdivided into:

Rethinking the Number of Lifts That Count

In the past, many counted all lifts, even warm ups and remedial lifts. Gotta get that tonnage up, you know. But this gave an unreliable figure. Therefore the directive was not to count the lighter intensity lifts in the NLB total.

In any case, only the work sets counted now, ego be damned. If not, your tonnage would be distorted in proportion to the number of such sets. Higher reps at lower intensities would skew your NLB upwards, but your Ir would head downwards. 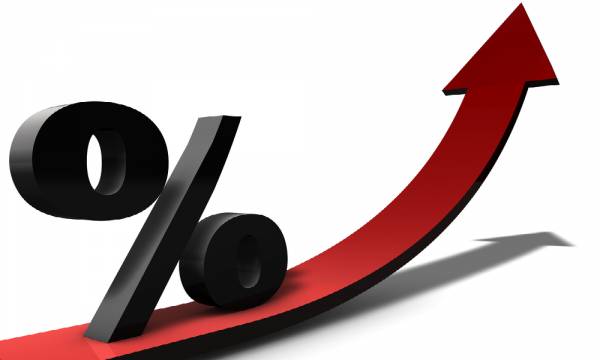 The Problem With Averages

Ir also has some nuances you have to be aware of. The biggest one concerns the idea of an average in the first place. How is that? Well, an average also is associated with its distribution. That can be narrow, wide, or in between. If you are doing 5×5 straight across with 80% Ir, then your Ia is 80%, as well, since no other poundage is lifted. This has the narrowest distribution, that of zero. Each set will feel much like the last, although the later ones will probably feel a bit heavier since you are getting tired.

Now let’s try a ramping up routine instead of straight across. That might look like 70%x5, 75%x5, 80%x5, 85%x5, and 90%x5. Here the distribution is much wider, the Ir varies from 70 to 90%, yet the Ia is the same, 80%. As you might guess that last set will leave you significantly more tired than the 80% straight across, though the earlier sets will be easier. The point here is that two identical intensities will feel much different if the distribution about the average (its standard deviation for you stats nerds) varies considerably.

Intensity in the Real World

Another aspect of intensity concerns the intensity as loaded on the bar versus the intensity as felt by your muscles. The former is constant, 80% is always 80%. The latter will vary. This will occur both within the set and over the sets.

To illustrate, let’s get back to the 80% straight across. The bar is loaded to 80% of your 1RM. And that is what it feels like on the first rep. The second rep will feel a wee bit heavier, maybe 83%. Similarly rep number three will feel like 86%. Rep five will be near 95%. Furthermore, the next sets will be harder still until the final lift will feel like a max. This is more important with bodybuilding, strength training, and powerlifting, where higher rep sets are more common.

(Yes, I know there are further idiosyncrasies. First sets may be harder than second sets if the warm up was incomplete. Also some energy is recovered between sets since the intensity builds up sawtoothing instead of ramping. But the general principles remain.)

A Percentage of What?

In this way tonnage or volume can be expressed in a more precise way. Olympic lifts seldom go above three reps so fatigue does not affect the perceived intensity as much as those in higher rep disciplines. With all of that in mind, workouts or cycles are now expressed as being, for example:

This, for weightlifters at least, gives a succinct picture of a 45-lift workout. It does not tell you about the composition of the workout (% snatch related, % clean & jerk related, % squat, etc.). You will have to give more information at that level of analysis. More about that next week.

Photos 1,3, and 4 courtesy of Shutterstock.