Snatch By Numbers: Why You’re Snatching Too Much and Too Often

Yes, the snatch is a tremendous full-body lift, and yes, it displays great strength and athleticism. But why are you trying to do it so much? Do you know how little the Russians actually did it?

It’s human nature to want to be better than everyone else. I’m convinced the reason social media has become so ubiquitous is because of our innate desire to show we’re smarter than everyone else through what we like, share, and comment on. So it should be no surprise that when people come into the gym they immediately want more than what the “average” person is getting. They want something more hardcore, more advanced, and more like what the SEAL- astronaut-pirates-ninja-whoever-is-cool-these-days is getting.

The problem with that is few people are actually ready for that kind of program. On my trip to Ironman earlier this year, I had the chance to see what Chris McCormack considered a “basic week” for training. Just his time on the bike alone was 90% of my total training time, and given I was training roughly twenty hours per week, it’s not like I was being lazy. Without McCormack’s lifetime of training to buffer that kind of effort, nor the ability to nap without the stresses of work each day, there was simply no way I could have sustained such a program. And as his program only got harder each week from there, I realized pretty quickly exactly where I stood in terms of my ability.

One of the best quotations on coaching I ever heard was from Charlie Francis, coach of sprinter Ben Johnson, who said he saw his job as mostly being to hold athletes back so they didn’t burn out or get hurt. And this is how most trainers should be – constantly evaluating what their clients need versus what they would like to do, while keeping in mind everyone’s respective strengths, weaknesses, and goals.

The Problem With Your Snatch

Because everyone thinks he or she is a special unique snowflake, people assume they’re ready to begin training at a higher level than everyone else. This can be compounded by the person having high levels of skill in another physical area. But remember the SAID principle means you get good at what you do, not at everything else. So being a good runner won’t necessarily make you a good swimmer or weightlifter. There’s nowhere this problem is more evident than in people chasing the snatch as a GPP lift. Yes, it’s a tremendous full-body lift, and yes, it displays great strength and athleticism. But my question is why are you trying to do it so much?

Let’s look at some stats to see where you fall so you can more intelligently think about where the snatch goes in your training, or more accurately, what should be there instead. Bob Takano’s excellent book, Weightlifting Programming (A Winning Coach’s Guide), has some figures taken from years of Russian research. The Russians break down competitive lifters into six categories for adults. From lowest to highest they are:

To attain each rank the lifter must meet certain totals. For an average man weighing 85kg the first three categories need a combined total of the clean and jerk plus snatch of 170kg, 195kg, and 225kg. For an average woman weighing 63kg the totals are 95kg, 110kg, and 120kg.

Let’s narrow in on those numbers, and take a real look at how the Category III totals might come about. Coach Takano states that the clean and jerk will be roughly 120-128% of the snatch, so let’s leave it at 120% for ease of calculation. That would make the snatch 77.2kg and the clean and jerk 92.8kg (95kg total and 43/52kg for a 63kg woman). Those are reasonably easy numbers to get to with some dedicated training. So far, so good.

How Little the Russians Snatch 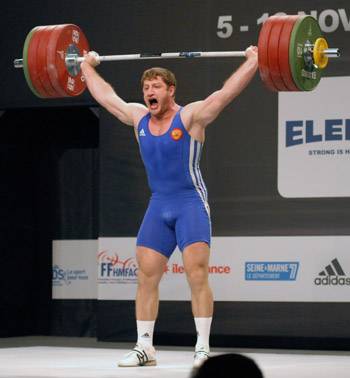 But here’s where the kicker comes. There is little structured information on how to best go about training lifters who are trying to make the Category III totals, because in elite sport research I would guess that those people were barely glanced at. Looking at it in more depth, we can see the Russians dictated that up to 75% of training sessions should include at least one, and preferably two exercises that are classic lifts or derivatives (power snatch, power clean, power jerk, jerk off racks, etc.) They further show that the remainder of the session should be given over to squats, both front and back, and other assistance exercises such as lunges, good mornings, pulls, and presses.

But it’s only when you really start to separate this that you can see how wasteful full snatches can be for most people. A Category III lifter is going to aim for 7,000-9,000 reps per year with an average intensity of 70%. So why are you so fired up to be doing 100% 1RMs in your first year of snatch training?

Even when you progress 10% to Category II the average intensity goes up to only 75%. And here’s the sticking point: total snatch (classic snatch, hang snatch, and snatch from blocks) training volume should only be 16% of total training, with clean and jerk volume only 22%. The entire rest of the training volume, an annual load of 9,000 reps, is assistance exercises.

Even at Category I, with a 225kg total, and a corresponding snatch and clean and jerk of 102.7kg and 122.3kg (120kg total and 54.5/ 65.5kg for our 63kg female), you will still see that classic literature shows an average intensity of 75% and total snatch and clean and jerk volume of 18% and 22% respectively, leaving over half of the training volume to assistance exercises.

What This Means For You 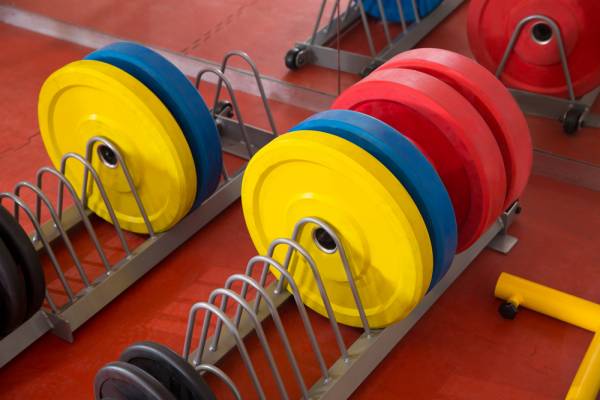 So, overdoing the snatch is a classic example of people not keeping the goal firmly in mind. People come to me to get in the best shape they can as fast as possible. History clearly shows the fastest way to do that is not by making them focus on the classic lifts, but rather on assistance work to develop the body quickly and remove weaknesses.

I know there will be people now who will tell me about the Chinese who do little supplemental lifts, or of past champions like Rezazadeh who focused nearly solely on the classic competition lifts plus squatting. But those are elite international level lifters and you are not. The Russians spent a lot of time and effort figuring out the best ways to dominate the sport of weightlifting, and their work has stood the test of time. Many coaches around the world now employ their methodologies to make their lifters better.

Whether you’re training purely to be as strong and fit as possible, or to have the biggest total you can, the path is clear – don’t spend too much time on the snatch as a beginner, which may encompass up to five years of solid training. You’ll progress faster and safer by avoiding high-risk, high-demand exercises until you’ve developed the movement and work capacity to do so.

Akkaev photo by Hookgrip (Own work) [CC-BY-SA-3.0 or GFDL], via Wikimedia Commons.