A steamy hot cup of fresh brewed coffee is the only thing that gets many of us through the morning. But coffee may be doing much more than keeping us alert and functional throughout the day.

A steamy hot cup of fresh brewed coffee is the only thing that gets many of us through the morning. But coffee may be doing much more than keeping us alert and functional throughout the day.

According to new research, a chemical found in coffee may help prevent major obesity-related issues that lead to diseases such as type 2 diabetes and cardiovascular disease. The consumption of coffee may help reduce the risk of diseases and disorders that affect many of us, including insulin resistance which affects 25-35% of the population of Westernized countries.

Chlorogenic acid (CGA) is a natural chemical compound and antioxidant. Out of all the plant species that contain the acid, coffee has by far the greatest concentration of CGA at six to seven percent.

“Studies have shown CGA significantly reduces two of the most common side effects of obesity: insulin resistance and the accumulation of fat in the liver.”

The chemical is responsible for the slightly bitter notes found in certain types of coffee.1 But this chemical has more to offer than its taste and antioxidant benefits. Studies have shown CGA significantly reduces two of the most common side effects of obesity: insulin resistance and the accumulation of fat in the liver.2

This condition, which plagues overweight people and underpins type 2 diabetes, occurs when cells have difficulty absorbing glucose from the bloodstream. The body needs higher levels of insulin to absorb glucose into the cells. But insulin-producing beta cells often fail to meet the demand to produce more insulin, causing elevated blood glucose levels, and potentially pre-diabetes or type 2 diabetes, as well as heart attacks.3

Research suggests that CGA may prevent insulin resistance. CGA slows the release of glucose into the bloodstream, which means a slower rate of insulin release and lower blood glucose levels. CGA also increases the signal protein for insulin receptors in liver cells. When insulin binds to these receptors, it stimulates the breakdown of glucose by the liver, once again driving down blood sugar levels and increasing insulin sensitivity (the opposite of insulin resistance).4

In a recent study at the University of Georgia, researchers used mice that were fed a high fat diet and injected them with CGA twice per week. The CGA injections made a significant difference in the maintenance of normal blood sugar levels in the mice, confirming that CGA protects against insulin resistance.5

RELATED: Is Coffee Good or Bad for Your Testosterone?

Accumulation of fat in the liver, another negative side effect of obesity, can lead to poor liver function. A healthy liver is critical. A person with liver failure can only live one to two days.6 CGA has been found to play a large role in maintaining both healthy liver composition and function.

CGA is a cholagogue, which means it stimulates the flow of bile from the liver and through our systems. Bile primarily facilitates fat digestion and is a natural laxative with cleansing properties.7 By promoting bile flow, cholagogues help prevent accumulation of fat in the liver and other issues such as gallstones.8 For this reason, cholagogues are largely used for alleviating diseases of the gallbladder and liver.

“With the medical cost of obesity at $147 billion dollars a year, anything that can help reduce this staggering burden is sorely needed.”

Chlorogenic acids are not the only substances that serve as cholagogues, but the evidence for their success is the strongest, largely because of the research conducted with coffee. Apart from the benefits that CGA provides for the liver as a cholagogue, it also reduces liver inflammation.9 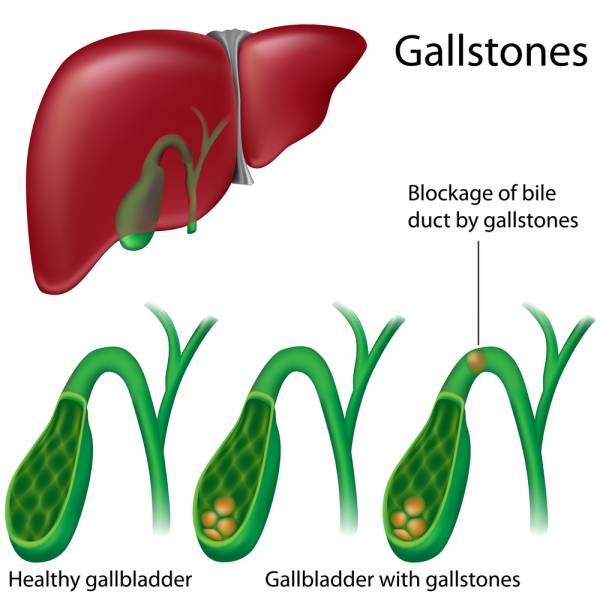 Start Your Day With CGA

According to the Centers for Disease Control and Prevention, more than one third of American adults are obese. With the medical cost of obesity at $147 billion dollars a year, anything that can help reduce this staggering burden is sorely needed.5

Starting your day with CGA is a public and personal health habit that’s easy to learn to love, if you don’t already love it. For those of us who already make a habit of guzzling this aromatic stimulant as soon as our eyes peep open in the morning, we can do so knowing that this “addiction” is doing our bodies all kinds of good.

Kadya was born and raised in Bethesda, Maryland. Growing up, she was surrounded by male siblings and cousins, and was constantly playing pick-up soccer games, basketball, and occasionally attempting to wrestle. The only girl amid a slew ofboys, it was always important to her to be as strong as them. She loved all types of sports and athletic activities.

Years later, Kadya graduated from the University of Maryland with a degree in government and politics. She was post LSAT and on a path to a career in law when she started doubting her choice. She took ayear off, and after some consideration,realized that law wasn't for her. Her real passionishealth and fitness.

For the past few years Kadya has delved into the health and fitness world in every aspect. A proponent of a natural, primal way of eating, sheis particularly interested in sportsnutrition and is currently working on her sports nutrition certification from Precision Nutrition. She is also abodybuilding enthusiast and devotes most of her free time to lifting weights in the gym.