I Am No Superhero

Reinforce the idea that living in a healthy way is normal, not amazing.

America is addicted to superlatives. We’re bored with better; we want the best, biggest, fastest, strongest, hottest, coldest, highest, funnest, most expensive, most incredible thing that has ever been devised, and we want it every time. We want it from our entertainers, in our driveways, and on our dinner plates. But somewhere along the line, our predilection for the extreme has robbed us of our ability to characterize things any other way.

I see this on my social media feed every day. Somebody eats responsibly and exercises, and her health improves. The reaction? “Girl, that’s amazing.” Somebody else ran a half marathon. “That’s incredible.” Another person turned off their cable service in an effort to watch less TV. “So awesome.” One dude quit smoking cold turkey. “He’s so brave.”

I’m not saying people shouldn’t celebrate their accomplishments. They absolutely should. All that stuff is hard, and I know because I’ve done it. But we should also maintain the perspective that the things we do in the gym, in the kitchen, and on the roads and trails to improve and measure our health and fitness are, from the perspective of what we should be capable of as a species, normal. Hard work is normal. Full-depth squats are normal. Toil and sweat and perseverance and delaying gratification are normal.

You want inspiring? Look no further than Des Linden, who triumphed at the Boston Marathon in conditions so atrocious that the majority of the pros DNF’d, and you and I would have never gotten out of bed. You want brave? Go look into the eyes of a combat veteran who’s about to deploy again.

Why We Should Call Normal Things Normal

Getting up and going to the gym six days a week is a good thing to do. Skipping the weekly office donut party is pretty smart. It’s also what your physiology requires. At your job, you don’t get kudos for doing the bare minimum that your position requires. There’s no special parking spot for turning in your spreadsheets on time. The IRS doesn’t send you a basket of flowers for filing your taxes. In most cases, your car doesn’t run better because you got the oil changed. That’s just what you’re supposed to do.

There are several problems with elevating normal things to exalted status. The first is that it tricks our brains into thinking we’re working harder than we actually are, and thus deserve better results than we’ve gotten. If you think your diet has been super strict lately, and darn it, you still don’t have that beach body, you’re far more likely to give up. The truth is that your diet should probably be that strict just about all the time for the rest of your life.

Eating food that isn’t bullshit and copious amounts of movement are what your body sees as normal. Pizza and Netflix binges are the aberration.

The second problem is that it discourages people from trying stuff. If we always call everything by some overflattering adjective, it puts those actions out of reach for people with less confidence or experience. I’m here to tell you that as hard as it is to go ride a hundred miles on a bike, it’s nothing like an exclusive task. With the right bike and a little training, anybody can do it.

If I do it, that’s good. But it’s not amazing unless I did it with some sort of quality or against some odds that set it apart. If I rode a century up a mountain in a snowstorm in less than five hours to rescue a baby panda, that’s amazing. Otherwise, it’s just another day at the office.

Leave Your Superlatives at the Door

The superlative attitude also seeps into our workouts and causes us to do stupid stuff. We want every time we step in the gym to be the best ever, and so we try to go the hardest, lift the most, and run the fastest we ever have. In the process, we sabotage our progress with pointless intensity, or worse, a silly injury.

When we make the transition from viewing our workouts as epic performances to daily requirements, we make the mental switch that makes healthy choices normal. This reduces the mental cost required to make those choices, which makes the more likely to happen again. Being healthy thus becomes a lifestyle, instead of a constant, epic struggle. 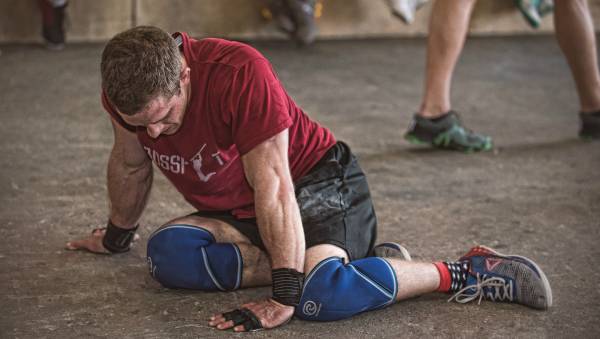 So here’s what I think we should do. I think we should start sharing everything we do for our health and fitness, all the time. Show up at the gym? Check in on Facebook. Do a 3-mile recovery jog? Tweet about it. Post that broccoli omelet to Instagram. Do it at least as often (and hopefully much more often) as you post about your epic marathons, lifting sessions, and weight loss milestones.

Use hashtags like #everydayathlete or #anotherdayattheoffice or #thisisnormal. The people who find this annoying enough to unfollow you probably aren’t the people you need in your life anyway. And the rest, including you, will have the idea reinforced in their heads that living in a way that enhances your health is normal, not superlative.