ICAN’s Message: You Are Mom Enough

The International Cesarean Awareness Network, or ICAN, provides education and support for women who have had c-sections and want to attempt a natural birth.

Some people were happy to see the now-infamous cover of Time magazine earlier this year. I wasn’t one of them. While I am a huge advocate of breastfeeding, and even extended breastfeeding for moms who feel that it’s right for them, the divisive tone of the title – “Are You Mom Enough?” – really put me off. The last thing any mother needs to hear is that she’s not mom enough.

I hesitate to even revisit the magazine article because it’s been talked to death at this point. However, I think that there’s a deeper issue at stake, not only in the Time magazine article, but in the pregnancy/birth/parenting world at large: mommy guilt. Even more than the image of a 3-year-old boy breastfeeding, mommy guilt is what fueled the controversy. Moms feeling guilty. Moms making other moms feel guilty, knowingly or otherwise. It’s a topic that is relevant at all stages of motherhood.

Perhaps even more than breastfeeding, mommy guilt is likely to relate to the topic of labor and birth. I’ve spoken with countless mothers who feel guilty that they had to have an epidural at the last minute of their delivery, despite their natural birth plans. Then there are the natural birth stories you read about, where perhaps something went wrong during a home birth and Mom feels guilty for not delivering in a hospital. And then you have the natural birth enthusiasts who were all ready for their water births and ended up with c-sections.

I fall into that last category. I remember a few weeks after my first daughter was born via c-section (that’s us on the right), a good friend of mine gave birth to her daughter in two hours with no epidural (my dream birth). We went to the hospital to visit and her ecstatic husband said to us, “You’ve got to experience a real birth someday – it’s amazing!” I think I almost cried right there. I was so emotionally fragile, and although I was happier than I had ever been in my life, I also felt like my birth story somehow wasn’t as ‘good’ as the others. Like many women whose births don’t go the way they had planned, I felt that twinge of guilt, that suggestion that perhaps I was not ‘mom enough’ to deliver the natural way.

This is why I was so excited to hear about an organization called ICAN, or the International Cesarean Awareness Network. ICAN was founded in 1982 to raise awareness about the growing c-section rates in America. Although rates continued to rise – approximately one-third of births in the United States are by c-section – the organization has grown to now include over 170 chapters throughout the U.S. and worldwide. At the heart of ICAN’s mission is the desire to educate women about all their birth choices. Many people still think you can’t have a natural birth after a c-section, or that it’s very risky. ICAN strives to educate parents about this procedure, known in the medical world as vaginal birth after cesarean, or VBAC. 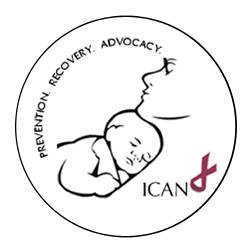 I recently spoke with the two leaders of my local ICAN chapter, Stephanie Stanley and Jesse Franks, about this particular issue. Stephanie’s birth experience was similar to my own, and she also experienced guilt and disappointment after having a c-section. After a long labor with what birthing people call the ‘cascade of interventions,’ Stephanie’s son came into the world via c-section. It’s a familiar story, but it still gets me every time:

Medically my recovery went well, although it was so painful even with pain medication, but I was extremely depressed. I sank into a deep depression for the first two months of my son’s life. Looking back I don’t even remember those months. I was reaching out to everyone I could but everyone just kept telling me the same thing: “You should be grateful you have a healthy baby.” Although I know they meant well, and I was grateful I had a healthy baby, this comment stung over and over again because I felt guilty that I was hurting and depressed. What was wrong with me that I couldn’t just be happy that my baby was okay?

After an internet search, Stephanie found ICAN and went on to become a leader of the local chapter. She loved the support and comraderie she received from other moms in similar situations, as well as the educational opportunities that ICAN provides. That’s really what the organization is about: encouraging women to make informed birth choices, particularly if they desire a VBAC. The meeting format is similar to other types of support groups. Co-leader Jesse Franks describes a typical meeting: “We go around and introduce ourselves. I say ‘Hi, I’m Jesse. I had a cesarean in June 2010 for failure to progress and cephalo pelvic disproportion. I was induced, got to 10 cm, pushed for two and a half hours, then had a cesarean. I had my VBAC baby after four hours of labor back in April.’ Sometimes moms need to tell their story more, some keep their story to themselves. It all depends on where someone is at in their healing process.” 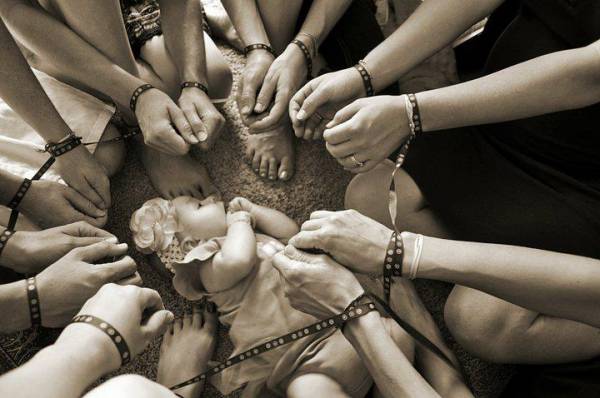 Some of the moms in the group have already had VBACs, but others might be preparing for one. ICAN provides a comprehensive list of doctors and birth professionals that are supportive of VBAC deliveries as a further aid to pregnant couples. Some of the meetings discuss topics like prenatal fitness, nutrition, doula support, and other topics to help mothers have a healthy pregnancies. Mostly, the meetings draw together women (and men – dads are welcome too!) who are healing and seeking encouragement as well as facts, so they can make informed decisions.

And for women like myself who fall into the twenty to thirty percent of unsuccessful VBACs, ICAN also provides support. “I have been contacted by a mom before that was two weeks away from her scheduled cesarean for breech presentation,” said leader Jesse Franks. “I told her to still write up a birth plan. People tend to forget that they can still make requests and have their wishes upheld for a cesarean birth. Things like skin-to-skin contact in the OR, nursing as soon as possible, having their spouse hold the baby versus going to the nursery. I try to remind people that they can have an empowering birth experience, even if that happens in the operating room.” If you have a hard time envisioning an ’empowering’ c-section, check out this video below, which Stephanie shared with me (Be warned: it is a birth, so there is blood):

This video made me so happy because you can tell these people actually get it. It’s not about being ‘mom enough.’ Birth is about doing what you can in your circumstances to bring your baby into a safe and welcoming environment. Parents want to feel like they did what they could to make that happen. Sometimes, the safest way is a c-section, and there’s no shame in that. As Stephanie noted, “In the end whether a cesarean birth is needed or the parents decide to try for a VBAC, they made a very educated and informed decision, and that usually leads to a better birth experience.”

To find a ICAN chapter near you, visit their online chapter search. ICAN also has online meetings if you can’t attend a local one.