Individualized Coaching and the Future of Competitive CrossFit

A lot has changed since I first competed in the CrossFit Games. These days, a good coach is a must.

When I competed in the CrossFit Games in 2011, the competition area that was set up in the StubHub Center (then known as the Home Depot Center) was “Parking Lot 17.” I had hit the big time. Painted parking lines and oil stains under my feet, the California sun overhead. It was beautiful.

Me in my early CrossFit Games days.

In 2011, qualifying for the then masters 45-49 age division was, shall we say, easy-ish. There were 450 dudes in my age bracket worldwide competing for the top twenty spots. I had only recently come upon muscle ups, my snatch was a rock-solid 95lbs, and I had no coach. My training leading up to the 2011 Open consisted of:

That was paired with maybe a little accessory work here and there. It was a hodge-podge of different pieces all stitched together like Frankenstein’s monster.

In fact, when I received my packet of goodies upon arrival at the Home Depot Center and it contained a “coach’s pass,” my first response was,“’Thehell’s this for?” Many of us simply gave our coach’s pass to our spouse or kid so they could come backstage and grab a spoonful of almond butter and a water. A couple of people had coaches then, but to me, that seemed superfluous and almost silly. What is a coach going to tell me, “Go faster”?

Times have changed. In James Fitzgerald’s excellent article (full disclosure – it’s ultimately a sales pitch but the early section is solid) Individualized Coaching Is Here To Stay, he says this:

It’s safe to say that nearly every single athlete in the competitive arena at the CrossFit Games this year is working with their own individualized coach in some capacity – Someone writing their daily programming; Someone watching and evaluating their videos; Someone telling them when to work, when to rest, how hard to go in each specific workout.

In a nutshell, you need individualized programming to get to the CrossFit Games now because the competition is way too fierce. And you need a coach every step of the way because programming, peaking, pacing, recovery, nutrition, and workout strategy are all pieces of the puzzle that really were not there in 2011 when I fell backward into a qualifying spot. 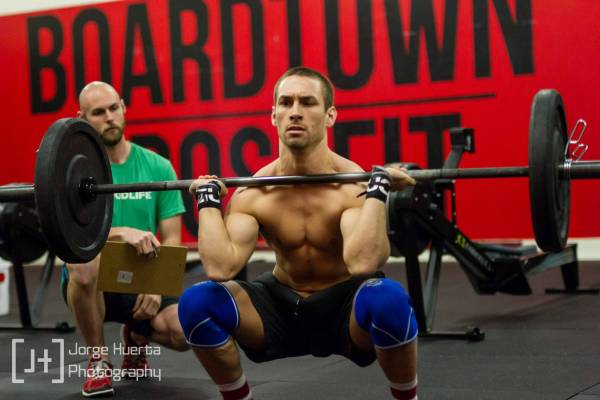 These days, if you want to be competitive a good coach is a must.

You Need a Strategy

My naiveté in 2011 was that a coach could provide no real benefit to a CrossFit Games athlete because his or her role of saying, “Go faster,” seemed rather redundant. But what I have come to learn over the years due to the excellent coaching of Stephen Flamm, as well as studying as much as I could about pacing, power output, recovery, and the red line, is that there is a tremendous benefit to strategy.

“The difference between you and your coach is that often – very often, in fact – your coach knows better than you do how your body is going to react.”

It’s not just about going as fast as you can in order to beat the other guy. It is about knowing your own body, how fast you fatigue, how well you recover, where your red line is, and what effects going to that red line may have on you as a competitor. Sometimes, the best strategy is to go slow. Sometimes, the best strategy on a large set of, say, toes to bar is to break them up into sets of three. Who knew?

Having a coach who knows you and knows when you will fail a rep can be the difference between winning and losing. The difference between you and your coach is that often – very often, in fact – your coach knows better than you do how your body is going to react. If your coach knows you, he or she will know you are good for fifteen muscle ups before you begin to fail or what pace you should take on the row, or whether sets of five or singles on the 135lb power cleans will serve you best. 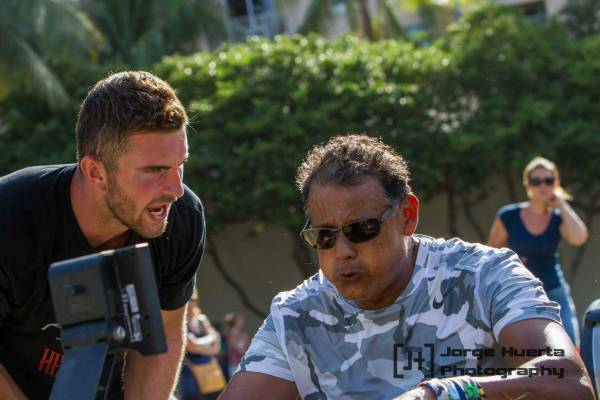 Having a coach who knows you and knows when you will fail can be the difference between winning and losing.

Back in 2011, all I really did was CrossFit. Now, almost no one who qualifies for the games, including the masters, just does CrossFit. By “CrossFit,” I mean the so-called “workout of the day.” There is so much more that is needed now that individualized programming provides including:

You need to work CrossFit – or as I like to call it, “conditioning pieces” – into your training, of course. But simply doing CrossFit at your box is no longer a viable option in making a run at being competitive.

Injury Prevention and the Program

I currently have a stable of clients and have had many more pass through my doors. I can and will state unequivocally: Those who follow the program are the ones who see success and stay healthy. Almost to the last client, those who add in other crap are the ones who end up injured and who fail to realize their goals.

“Being competitive, even in local functional fitness competitions or in simply wanting to reach your own set of numbers, is a solid reason to hire a coach.”

A coach is there for keep you focused, progressing, and injury free, to the extent possible. As soon as you start adding in your own stuff, you are derailing the train. If you want to know why you are not progressing on your strength numbers, take a look back at how many times you decided to “jump in with the class.” There’s your answer. If you seem to be chronically injured, take a look back at your workout log – a true look – and note how many things outside the program you tossed in along the way.

Nothing irks me as a coach more than a client saying something like, “Some of the young bucks were going to do double-Grace. Like a dumbass, I jumped in with them. Bad idea. Now my shoulder is killing me.”

Yes, of course it is. And, yes, you used the word “dumbass” correctly. 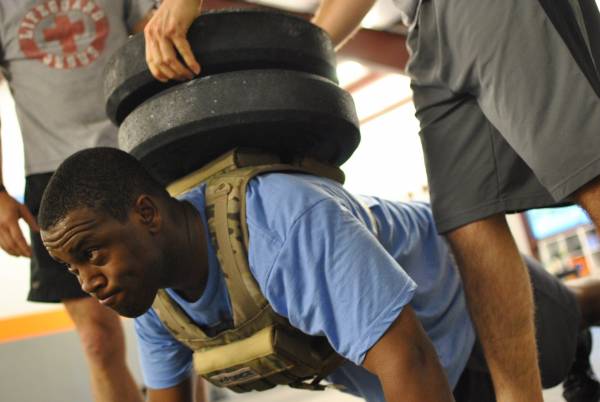 Just say no to dumbassery and stick to the program.

A number of my clients have no desire to go to the CrossFit Games. They simply have a goal of making it to the masters’ qualifier. That’s a goal unto itself, and one that certainly demands you look toward individualized coaching. Being competitive, even in local functional fitness competitions or in simply wanting to reach your own set of numbers, is a solid reason to hire a coach.

The landscape of the athlete-coach relationship in CrossFit competition is changing quickly. It’s no longer 2011, folks. If you wish to up your game, there are a lot of amazing and cost-effective coaches who can get you there. And trust me, you’re going to need one.