Steve won the 1990 Mr. Southern Illinois bodybuilding title and finished top five in the Mr. Midwest competition in 1987. He also finished first at the 2009 Indianapolis grappling open and took a silver medal at the 2011 and 2013 IBJJF Pan Ams (Brazilian jiu jitsu).

TOM: I’ve visited your training facility. It is small in square footage, but large in functionality. You train so many people. Take me through your typical workday.

STEVE: This morning I woke up around 4:00AM. I take the first fifteen to thirty minutes to go over my sermon, have some coffee, and do some reading. My first client came in at 4:30AM, and I worked until 11:00AM.

I then take a break, get a short nap, and resumed training clients from 3:00 to 5:00PM. In all, I trained 28 clients. All workouts were privately supervised full-body workouts consisting of six to ten exercises with little rest between sets.

RELATED: A Periodized Plan for Success as a Personal Trainer

After that, it’s time to train some BJJ. We have a small garage next door where my son, Josh, and I train with some friends.

Josh is a pretty accomplished competitor and is only twenty, so it’s hard work for me to keep up with him and the other guys, but I love the challenge.

In our last session, we did six three-minute positional sparring rounds. It was great training.

“I don’t use explosive or ballistic movements, as I think the increased chance of injury far exceeds the benefit of that type of training.”

Then I have my meal for the day. As I wrote in my eBook Fasting For Fitness, I only eat one meal per day as I’ve found that works best for me. I’m sleeping by 9:00PM. 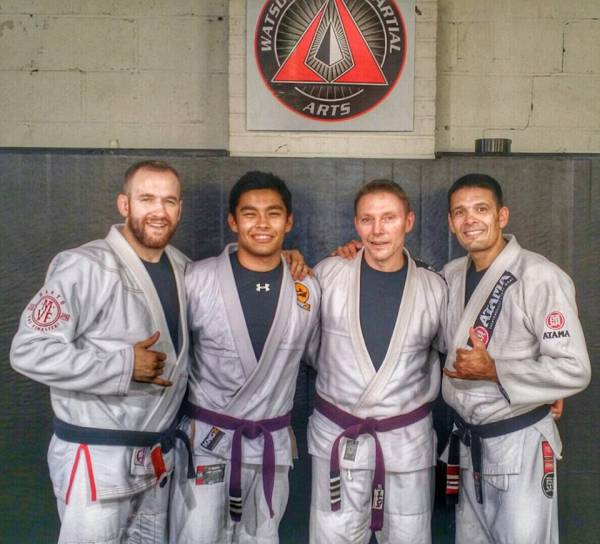 TOM: You believe in proper nutrition and strength training as the keys to improved fitness and fat loss. What about traditional cardio?

STEVE: I’m assuming by traditional cardio you mean long slow distance activity such as running, the Stairmaster, or similar activities. So no, I don’t recommend the traditional approach to cardio.

Over the years, I’ve just seen so many injuries associated with excessive cardio that I’d rather my clients either avoid it all together or at least limit it. I’m not opposed to cardio, but I find high-intensity interval training to be more efficient.

A DIFFERENT PERSPECTIVE: Steady State Cardio Is Not Dumb (If You Do It Right)

I also find excessive cardio to be a sarcopenic activity, which is exactly opposite of what a person would want to get fit. You end up losing much needed muscle. My theory on anti-aging and fitness as a whole is building or holding onto your strength and muscle as long as you can.

I was just reading of a study performed by the University of New South Wales, Australia, where two groups of people were tested over a fifteen-week period.

Group A did fourty minutes of medium-intensity cardio three times per week. Group B did eight seconds of full-intensity exercise followed by a twelve-second rest.

This group started at five minutes and worked their way up to twenty minutes over the fifteen weeks. The results: Group A actually gained 1.1 pounds of fat and Group B lost an average of 5.5 pounds of fat.

“I’m assuming by traditional cardio you mean long slow distance activity such as running, the Stairmaster, or similar activities. So no, I don’t recommend the traditional approach to cardio.”

My recommendation is training with weights with reduced rest between sets and walking for thirty minutes per day. I find it safe and if they are watching caloric intake and lifting twice per week, then that prescription fits well for a lifestyle of fitness. If you enjoy cardio then go for it, but try to incorporate some H.I.I.T. into your routine.

TOM: Regarding training BJJ athletes, what do you differently as compared to training non-fighters?

STEVE: I train combat athletes generally the same, but the intensity level is different. Here’s what I think about training athletes or just training in general.

Weight training is used to get stronger and/or build muscle. When training a combat athlete, I train them specifically for strength. I individualize the program to work on the areas that need work and I’ll vary the number of workouts per week based on recovery time.

However, my goal is to get them stronger. Some athletes can only train once per week, most train twice per week, and a select few train three days per week. At times, I’ll stagger the number of workouts per week. Two workouts once per week and one the next. This is all based on feedback from the athlete. 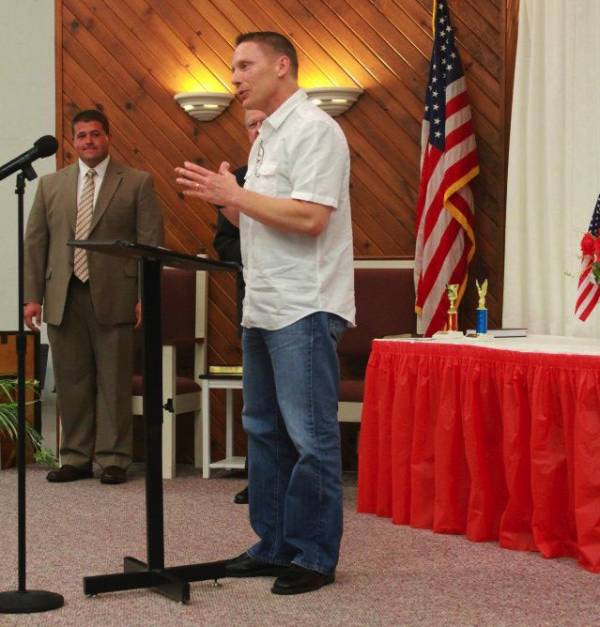 This type of training is still full-body training with reduced rest between sets. I find this not only builds strength but also increases endurance and mental toughness.

I don’t use explosive or ballistic movements, as I think the increased chance of injury far exceeds the benefit of that type of training. If an athlete needs to train the muscle fiber type associated with explosive training, we add some negative training to create that stimulus.

I added negative training when Luke Carlson mentioned it at his HIT Resurgence Conference and when I read Ellington Darden’s latest book. My son and I decided to incorporate negative focused training into our workouts.

We found it helped him a lot. At 53 years of age, the reality is I’m simply not going to add much explosiveness to my body, but I did notice some strength increases.

“My theory on anti-aging and fitness as a whole is building or holding onto your strength and muscle as long as you can.”

After strength training, and this is important, I have the athletes train their sport. That’s the most sport-specific thing you can do. When you train MMA or BJJ specifically, your body adapts to that particular training. I theorize this maximizes your skill training and minimizes time wasted on exercises that aren’t related to the sport.

TOM: I respect your connection to the late, great Arthur Jones. I think it a shame so many current trainers have no clue about his place in the history of the fitness industry.

STEVE: I really like Arthur and what he did for the industry. He was the right guy at the right time. Jones came along when all the magazines and books were promoting the longer, less intense, and more frequent workouts.

He showed the benefits of shorter, more intense, less frequent workouts. He proved it with the results he got with guys like Casey Viator. Arthur was one of the first real personal trainers. 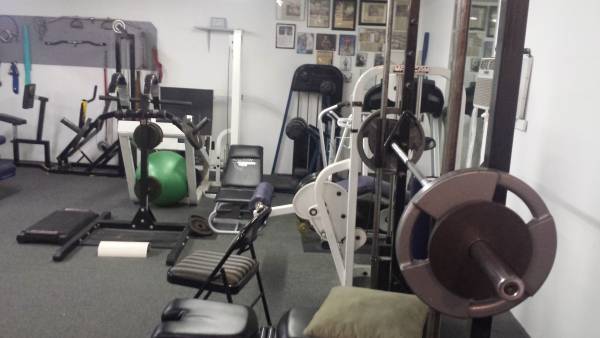 I also think his business sense was incredible. He had a system that worked and he knew how to market it. As a business owner, that is just fascinating to me. He also had an incredible influence on so many people.

I still read Ellington Darden’s books and I have my trainers study under the International Association of Resistance Trainers (IART) My son got his certification as a High Intensity Training Specialist. He had to study Bulletins I and II thoroughly.

RELATED: 7 Articles to Help You Build Your Business

One reason current trainers are unaware is there’s just so much out there in our field and what’s being taught in the academic world is the opposite of what A.J. stood for.

Something that influenced me was how he made things measurable. He taught people to look at exercise in a sensible, logical, and safe way. Most importantly, he taught them to think about what they were doing.

I remember working with a young trainer a few years ago. He was fresh out of college and shadowing me. After about a week he looked at me and said, “Man, I want to go back to college and tell people what it’s really like out here. We weren’t taught anything like this.” Now add to that the fact he had just experienced his first week of H.I.T. and it blew him away.

For more on Steve McKinney, visit his website at Fitness and More.