I recently interviewed Chef MacKenzie Arrington and he shared with me his journey to creating one of the hottest new online resources in the BJJ community – Grappler Gourmet.

Being the chef at the gym means you get all of the questions, or you hear people talking about food. Sometimes they have some good conversations. Sometimes you just want to smash your head into a wall when you hear that someone is on a strictly protein shake diet because they were bored with eating boiled chicken and steamed broccoli for every meal.

Then it boiled down to, pun intended, different people always asking me similar questions. I was, at the time, talking with Seymour (Yang), also known as Meerkatsu, randomly about his blog and had the idea, “Hey, I should just make a resource of cooking techniques, give that link to everyone and answer their questions there rather than repeating myself over and over.”

How MacKenzie Arrington Became a Chef

Arrington was born to be a chef “in a drinking town with a fishing problem in Maine.” His mother – who is a chef, certified dietitian, and nutritionist – led by example, being named Maine Lobster Chef of the Year in 2008. MacKenzie said he was introduced to the kitchen early in life. “I still remember hearing the wooden clogs stomping around the hallway from the refrigerators to the kitchen. With that being said I was thrown into the fire, figuratively, at a young age and followed in my mother’s footsteps.”

After achieving his Bachelor’s degree in 2009, Arrington got to work:

I took a summer in Maine to work with my mother and help develop seafood products. I worked at a restaurant in Portland, but it wasn’t enough. I still wanted to work for the best, so I headed down to the Mecca of “kitchens to get your ass handed to you in” – New York City. In New York, I have worked for some of the top ten chefs in the world and helped build and open one of the world’s top restaurants. 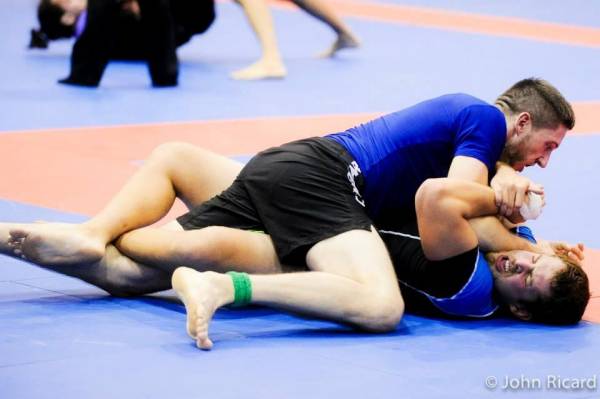 After working ninety-hour workweeks and being unable to train, MacKenzie decided things had to change. Rather than leave his life in restaurants, he decided to find a way to meld his two worlds together:

I made the leap and found a gym in Brooklyn by two guys who train under Marcelo Garcia … and I have changed my whole life to focus on it. I have taken a step out of kitchens because I wanted to focus on my BJJ career and bridge the two worlds. I am now a personal chef and have the luxury of being able to train six days a week, lift four, and give back to the BJJ community with Grappler Gourmet. 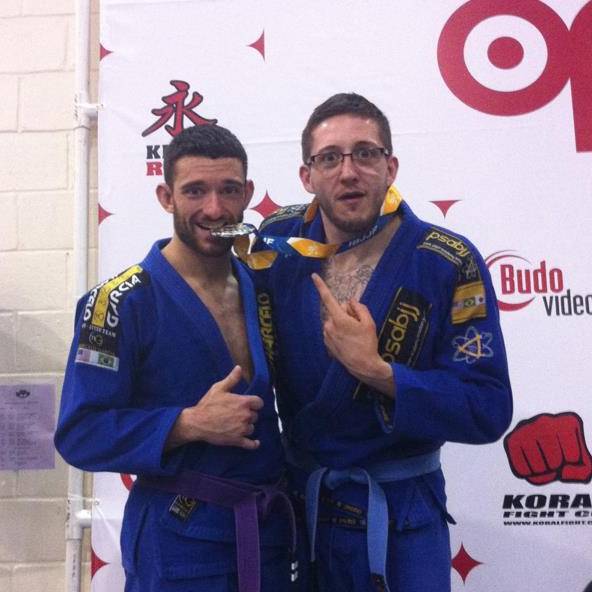 One of the biggest mistakes MacKenzie sees among his grappling peers is not eating enough, or at the right times. “Complaining in class that you are too tired, sore, or just don’t have any pop in your game today? Yea that’s because you haven’t eaten correctly.” Uh, yeah. That’s me. So, MacKenzie, what can we do to fix the problem? Easy! Follow the advice outlined in his article How to Guide Your Inner Campfire.

If you train strength and conditioning in the morning with BJJ at night, MacKenzie suggests the following meal plan:

First off get a good breakfast. I believe in looking at your diet/metabolism like a campfire. You need to build it properly in the morning and then keep it burning throughout the day. Also as far as training goes recovery is key.

Goal: Establish a consistently even burning “fire” that starts with our first meal of the day and lasts well into that night’s rest.

Morning Meal Example: Water then a smoothie of mixed berries, almond milk, honey, banana, orange, and oat bran or scrambled eggs with peppers, onion, and some whole wheat toast and half an avocado. Then I would have my coffee.

Pre-Strength and Conditioning: I try and time my coffee for thirty minutes before hitting the gym and have a cup of juice mixed with BCAAs.

Post-Strength and Conditioning: Recovery shake with creatine and quick digesting protein and some fruit of choice. They are easy to carry on the go.

Post Training Example: I personally use ATH Sports Nutrition recovery for my post training with added BCAAs and creatine for its carb: protein ratio.

Dinner Example: Brown rice bowl topped with half an avocado, two over-easy eggs and hot sauce, side of roasted vegetables, and a quarter to a half of a roasted sweet potato.

Conclusion: Don’t over think it. You can prepare your meals in advance to save time. They are all simple and tasty. Just because you have to follow a strict plan does not mean you cannot make it taste good. As long as it is convenient for you, you see the gains and you ultimately enjoy eating, it is worth it. The majority of us are not getting paid to do weight cuts, so be patient and focus on a clean lifestyle. 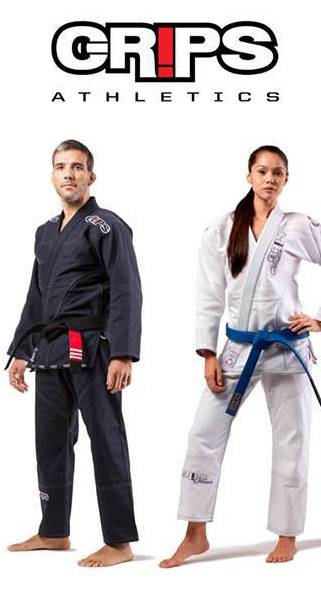 I really enjoyed reading MacKenzie’s Inner Campfire article. It has made me understand the importance of each meal and snack in an overall nutritional game plan. I think it will help a lot of grapplers with day jobs train a lot more efficiently. His nutritional planning and BJJ training has certainly given MacKenzie success in BJJ competition, with more to come.

I try and compete as much as possible, and love it. I aim to compete in as many top-level competitions as possible. Some of the results over the past year have been: gold Super-Heavy ADCC Nationals, silver super-heavy IBJJF New York Spring Open, silver super-heavy IBJJF Pan Ams, bronze Abu Dhabi Pro Trials, double gold and one bronze The Good Fight Winter Open, and bronze super-heavy, silver absolute IBJJF New York Spring Open.

I sadly just missed Worlds. My only sponsor is myself, so funding for the trip shut it down for me. But I have a good circuit set up for the remainder of the year, IBJJF New York Summer Open, IBJJF Boston Open, IBJJF Pan Ams, Abu Dhabi Pro Trials East, IBJJF BJJ Pro New York, and Five Grappling in New York for sure – probably with a few other smaller competitions mixed in.