At the age of 74, Bill was diagnosed with a deadly disease, but he still runs, swims, lifts, and enters races. He credits being active and eating paleo for being able to stop his prescription drugs.

At one point Bill Vick was the Vice President of sales for men’s stores at Gucci/Lavin, a Fortune 500 company. He then became an entrepreneur who launched a chain of successful computer stores and software companies. In retirement, Bill is a highly active masters athlete competing in both running and swimming competitions. Unfortunately, Bill was also diagnosed with an incurable disease.

Instead of backing down, the diagnosis of Idiopathic Pulmonary Fibrosis (IPF) has motivated Bill to surge forward with his training despite this disease. I recently had a chance to talk with him about what it’s like to train cardio-centric sports while dealing with a lung disease and also the strategies he’s found that improve his health.

TOM: Bill, you are an active, healthy, 74-year-old trainee, yet you acquired the incurable disease Idiopathic Pulmonary Fibrosis (IPF). Could you explain what it is?

BILL: IPF is a Ninja disease because it sneaks up on you and by the time you realize it’s there you’re on your way to dying. I, like many, was diagnosed by chance as I had a cough and shortness of breath that my family doctor could not explain and was sent to a pulmonary specialist, who only knew what I had after a high-resolution CT scan and a biopsy of some lung tissue took place.

In September 2011, I was diagnosed me with Idiopathic Pulmonary Fibrosis (IPF). I was told that IPF is a disease where the lungs scar and stiffen. I was told that when that lung tissue dies, it doesn’t grow back, it is gone for good. I was told that the best hope for people with IPF is commonly thought to be a lung transplant and there is no treatment on the near or far horizon. Once diagnosed the typical patient lives three to five years but many die sooner or live longer. I fully intend to be in the latter group.

Like most people I had never heard of IPF, so I started researching it and learned there are over 200,000 people in the U.S. who have it, 48,000 people are diagnosed each year and 40,000 people die from it annually, or one every thirteen minutes. There is no known cure. If you get it you die. It’s just a matter of when. The general consensus is that it is primarily an autoimmune response, a disease caused by the body’s own defense mechanisms in response to some stimuli. IPF is typically treated with heavy-duty immune system suppressing drugs like prednisone, but the drugs don’t address the underlying cause, they only help manage the symptoms. Funding for research is negligible.

TOM: I will be the first to tell you I completely admire your fortitude and spirit in fighting this. As one who has their back against the wall, so to speak, what drives you to remain upbeat and forge ahead?

BILL: It’s interesting how you handle something like being diagnosed with a terminal disease. First is disbelief, followed by fear and anger, then, eventually acceptance. I’m in the acceptance phase but still have anger at the disease along with the medical community for their lack of knowledge about it.

It sounds strange but once you have accepted you have a terminal disease like PF life becomes different in a better way. The advantage I have over most people is I know my days are not finite, that they will not go on forever, so each day, each moment, becomes more precious. My beautiful wife, my daughters and my five grandsons are the center of my world and at the same time I have come to realize that life is not about the things but about others, about people. My family and my friends are what drive and motivate me and everything I do has some component that involves them. After my family, my two missions in life are raising awareness of pulmonary fibrosis in both the general population, the medical community as well as helping boomers recognize how wonderful life can be beyond being fifty years old (or beyond).

TOM: One month after your diagnosis you implemented the paleo diet. Could you expand on the amazing benefits this diet has produced? 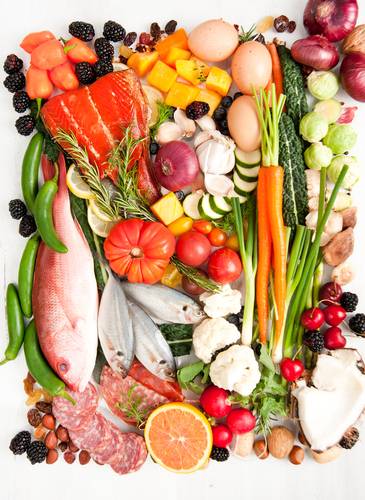 The paleo diet led me to the writings of three leaders in the field. Mark Sisson’s The Primal Blueprint, Robb Wolf’s The Paleo Solution, and Loren Cordain’s The Paleo Diet. The more I read the more convinced I became that an autoimmune disease could be treated effectively through proper diet and lifestyle. I learned that the paleo or primal diet specifically addresses the autoimmune responses of the body. It made sense to me, but I wasn’t ready to start yet.

I went to see one of the leading pulmonologists in the world at National Jewish Health in Denver to discuss diet with him. I told him about everything I had learned about paleo and why it made sense that it should work, and much to my surprise he thought it was worth a try and encouraged me to try it since nothing else was really available. I closely adhere to Mark Sission’s primal lifestyle plan and have eliminated all wheat, gluten, and lactose from my diet and added good fats, lean mean, and lots of vegetables. No sugar or processed foods, but I do drink wine.

Shortly after I made the switch to the paleo lifestyle, my IPF stabilized (which is as good as it gets). It has now been under control for over nine months. I was previously on medication for high cholesterol (statins), acid reflux (Nexium), and depression (Wellbutrin). After a mere two months of paleo I was able to stop all of the medications and have watched my stats improve drug free. My PF stats, which measure your lung function, have actually improved which is unheard of in a PF patient. I attribute that to diet, exercise, and stress reduction.

TOM: I know your goals are not only to complete, but win a masters swimming event and a 5K run, along with qualifying for the Marine Corps Recon Test. Tell me about your approach to achieving these goals and offer a typical training week plan?

BILL: I don’t really use the word training but use lifestyle, because for me it’s an ongoing process. My goal is optimal functional fitness to have a balance of power, strength, fitness, and conditioning. I break the year down into five timed cycles and have five distinct plans for each that run from one or two or three months in duration. Each cycle has a mix of multiple sets of a variety of weight-training exercises and intense aerobic conditioning. 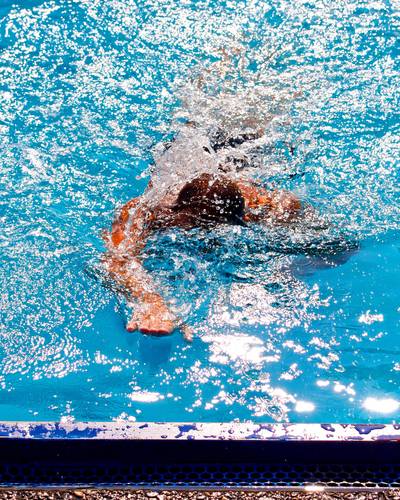 As an example right now, in anticipation of running and swimming events coming up in three months, I’m in the middle of a running-swimming-lifting cycle that stresses heavy weights – maximum reps with a pyramid of 10, 8, 6, 12 reps, followed by a different lift for the same muscle group, followed by 12 reps to failure. I work both upper and lower body twice a week, do interval running including running and sprinting twice a week, which includes pushups, air squats and pull-ups, then slow long distance once a week, along swimming three times a week with a goal of 2,000 or more yards per workout. So I might do a 30-minute interval run and a swim on Sunday, lift heavy on Monday, run/swim on Tuesday and Wednesday, followed by a lift heavy on Thursday cycle. I walk for an hour or more on Friday, Saturday, and Sunday.

The USMC Recon test I’m aiming for is on my 75th birthday this coming April. It consists of 20 pull-ups, 50 timed pushups, and 70 timed sit-ups, along with a three mile run in under 18 minutes. The last time I did this was 55 years ago when qualifying to be part of 2nd Force Recon. With the exception of the run, I’m on track to complete it, but with my compromised lungs the run may not happen in the time allotted. But regardless, I’ll give it my best shot. You only fail if you don’t try and failure has never been my motto. Failure is not an option.

BILL: I think by reading this article the readers will be more aware, but I would encourage them to see their doctor any time they have a persistent cough, rapid unexplained weight loss, or shortness of breath. They should ask for a CT scan. A chest X-Ray will not show PF – a CT scan will. It can strike young or old and the best defense you have is awareness and acting quickly before it takes hold. Two organizations for Pulmonary Fibrosis are the Pulmonary Fibrosis Foundation and the Coalition for Pulmonary Fibrosis. Both are involved in research to find a cure and are open to sharing information for patients, caregivers and the medical community.

Even though one can take the appropriate steps to controlling their fate in life, unpredictable circumstances can arise which may alter the course of well-established plans. Yes, it is frustrating and stressful, but one must find a way to make the best of it. What other choice do you have? Bill Vick’s attitude and fortitude should be an inspiration to anyone who “has a bad day.”