And I, Keith Norris, training people down here in the melting sun of Austin, Texas, believe that wellness concepts taken from our ancestors are the key to guiding what we do to stay strong, healthy, and happy in a modern world.

Or, put it this way: the last thing anyone wants from their training – be it high-level athletes or professionals running super-busy lives – is to waste time following ineffective training protocols or eating inadequate food.

From what I’ve seen, the most effective, efficient, powerful tools to come on the fitness scene since, well, maybe since ever, are paleo nutrition paired up with modern scientific understanding of how the body works, recovers, and grows.

The most effective fitness pair ever.

So, what does that mean? Give me a minute and I’ll dive in with you to take a look around at what I like to call the “Paleo Mystique.”

By now, many breakingmuscle.com readers have at least heard of the paleo diet.

And I’d venture to guess just as many of those same readers are utterly confused as to what it actually means. I hear those confusions all the time. “Paleo, it’s basically Atkins, right?” Or, “It’s all meat and fruit.” Or, my favorite, “I’ve heard about that diet. You just eat roots and tree bark, like cavemen.”

Uh, no. The fact of the matter is that paleo may be the simplest diet you’ve ever encountered, even if it is caught in its own “mystique” and a lingering lack of broad exposure.

The basic premise is this: like all species, we evolved to thrive within a very specific ecological niche. Our bodies were built to withstand rigorous daily physical demands, fueled by the consumption of animal proteins and fat, vegetables and tubers, and scant amounts of nuts, seeds, and fruit.

These were not choices driven by any sense of morality, but simply choices of availability and survival. 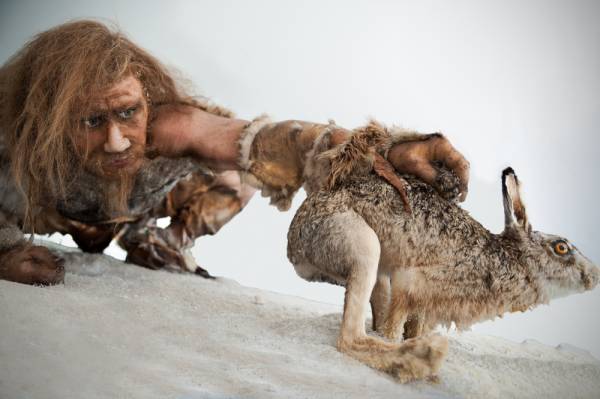 Okay, so what’s so “mystique-building” about that diet? We ate animals and whatever plant food we could scrounge – makes sense, right? Well, it turns out it’s not what we did eat that makes the paleo approach unique, it’s what we DIDN’T EAT.

Many of the common foods we now consume, and which make up a massive percentage of the general human diet, have only been eaten for the past 10,000 years or so, and were rarely if ever eaten during the preceding 200,000 to seven million years we’ve roamed the planet.

The big dietary bomb that paleo delivers is that our species evolved on a diet free of grains, legumes, and dairy.

So, if we are at all concerned with re-establishing our original guidelines of health, we begin with a diet that highlights good fats, animal proteins, vegetables and roots, and eliminates grains, legumes and dairy.

Big change, right? Bombshell, you might say. Grains? Legumes? Aren’t these the very foundation of the USDA food pyramid? Well, yes, indeed they are.

Which then begs the question, “Are the dietary recommendations prescribed by the food pyramid in any way legitimate?” Those of us who adhere to the paleo diet would answer in an unrepentant and resounding, “No.”

Not for enhanced athletic performance or body composition, and absolutely not for optimized health. And we have a plethora of empirical findings and evidence-based science to back this contention.

All of which is sure to bring on arguments. Which, believe me, I hear all the time. “But my grandmother ate grains, and she lived to be ninety!” Sure she did, but did she live disease and pain free?

Was she able to completely avoid “diseases of modernity” including obesity, diabetes, dementia, arthritis, sarcopenia (muscle wasting), high blood pressure, and cardiovascular disease? Remember, there is a profound difference between mere survival and thriving.

Zoo-kept animals merely survive, whereas animals left to their own devices, un-tampered with in their natural habitats, live optimal, vibrant lives. We, too, are endowed with that same possibility – if we only choose to move and eat appropriately.

Paleo Is A Baseline Template For Health And Nutrition

It’s a strong set of theories and a baseline template for health and nutrition. How you play around with that template is your own concern, as long as you don’t get away from the foundational principles. You can tweak endlessly according to your goals.

For instance, a person concerned with control of blood glucose levels due to the complications of diabetes would be best served to follow a very low carbohydrate version of the paleo diet – a diet proportioned more in favor of good fats and animal proteins – whereas a high-performing endurance athlete would do well to take the opposite approach, downing a higher carbohydrate content version of the diet.

Note, though, that both “versions” of paleo still avoid the intake of grains, legumes, and (in some instances) dairy.

And while the health conscious individual will look to minimize insulin spikes resulting from the ingestion of higher glycemic foods (honey, for instance; bananas, too), those looking to maximize overall performance and quicker recovery might want to actually encourage an insulin spike at specific times, especially immediately following a strenuous workout.

All easily accomplished, of course, while still avoiding the health problems associated with the ingestion of grains, legumes, and dairy. 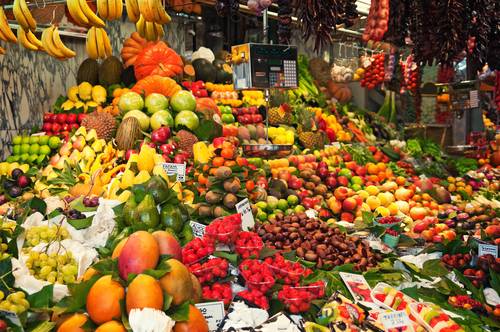 Looking beyond health, for a performance edge? Yeah, paleo is for you, too.

Endurance capabilities are greatly enhanced by maintaining the body as a fat-burning V-8 engine rather than a sugar-burning sewing machine. Once this enzymatic shift is made, “bonking” – the low-blood-sugar-event scourge of all endurance athletics – is a thing of the past.

Performance nutrition is all about maximizing nutrient density per calorie ingested, and no diet exceeds in providing that all-important ratio like paleo.

As an added bonus, once the body has become super-sensitized to the hormones insulin and leptin, these hormones can then be purposely manipulated for desired performance outcomes.

For example, producing a high insulin spike in an otherwise low insulin environment has a dramatic effect on the shuttling of nutrients into hungry muscle cells (as opposed to fat cells) – exactly what’s called for in post-workout recovery and for muscle gain.

This requires no other “magic” than simply ingesting higher-glycemic-value foods as part of one’s post-workout recovery plan. Simple and cheap, yet a highly effective performance enhancement strategy.

So where does this leave someone who would like to further explore the health and performance benefits of a paleo way of eating?

Must one return to a life of the cave and spear to reap paleo’s benefits? Hardly. Simply begin by eating a diet laden with animal proteins and seafood, good fats (including olive and coconut oils, avocados, butter, and cream), vegetables, leaves, and tubers (sweet potatoes and parsnips, for example).

If one is not concerned with dropping body fat, feel free to toss in some nuts – almonds and walnuts are great choices – and a smattering of fruit. The tip of the sciencey-geeky iceberg is this: we’re looking to control the hormones insulin and leptin, and put the brakes on systemic inflammation – the root of all “diseases of modernity,” and a huge detriment to athletic performance and optimum body composition.

So whether you’re looking to simply be fit, trim and healthy, or seeking that all-important performance edge, paleo is for you. Begin with the basic grain, legume, and dairy-free template, then tweak and tinker from there as your goals and desires dictate.

Refuse to be a zoo animal, destined to a life of mere survival. Claim your birthright of optimal living, and begin that process by nourishing yourself with the foods you were designed to eat.