Warning: Stephan Kesting is a trained professional in a closed cage. Do not attempt on a real bear.

Stephan Kesting is a black belt in a couple different martial arts, but he is known primarily for his contribution to the education of the Brazilian jiu jitsu community. He is the creator of the websites BeginningBJJ.com and Grapplearts.com, which are an encyclopedia of BJJ information. Stephan’s online presence began when he published an article in Grappling Magazine. He’d written a few other articles and wanted a place to store them online. As Stephan explained:

Things basically kept growing – articles, interviews, techniques, podcasts, photo contests, newsletters, and so on. And, of course, having a website also gave me a venue from which to sell instructional videos. VHS cassettes at first, then DVDs, downloadable products, and now iPhone apps.

He added, “But when I started it I never thought it would grow so big.”

Although Stephan does have an online store, a vast amount of information is available on his websites for free. When I initially began BJJ, I was frustrated at how slowly I was grasping the concepts. I was learning submissions and sweeps, but I didn’t have the foundation of positional knowledge to allow me to use what I was learning.

During that time of confusion, I stumbled upon BeginningBJJ and downloaded A Roadmap for Brazilian Jiu Jitsu. In my opinion, Stephan’s free e-book should be mandatory reading for every new BJJ student. I read it again recently, years into my BJJ training, and still discovered concepts that I hadn’t really grasped the first time around.

In fact, there is so much to learn in BJJ, it usually takes over ten years to be awarded a black belt. According to Stephan, “There are so many different facets of the art, and you can never master them all.” Stephan says that’s one of the reasons why he has stayed in the game for so long. “So long as you keep an open mind you can always be learning.”

Stephan often teaches by learning and invites the instruction of other accomplished practitioners such as Marcelo Garcia, Vitor “Shaolin” Ribeiro, and Emily Kwok to best answer the questions of people who contact him for help. Stephan shared: 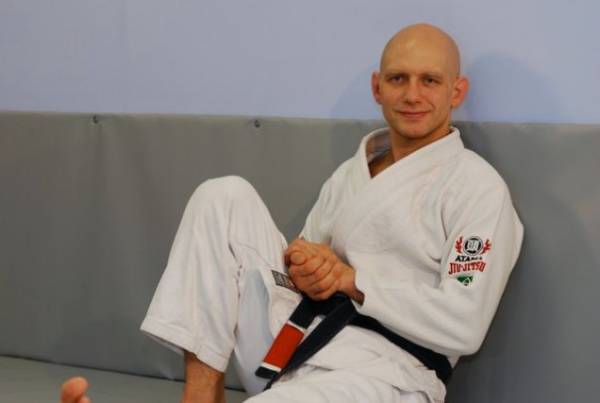 Although I just don’t have the time to reply to them all, I still read every single email and Facebook message I get. I found that the question “What do I do if someone is a lot bigger than me?” coming up again and again.

And, truth be told, even though I’m 6’2″ and about 215 lbs., there are still a lot of guys out there who are a lot bigger and stronger than I am. So I’m certainly not immune from this problem. In fact, I ended up incorporating a significant number of the concepts and technical details that Emily showed in the first series and I use them against both bigger and smaller opponents.

My next How to Defeat the Bigger, Stronger Opponent DVD set will be with Brandon “Wolverine” Mullins. He has a very different game from Emily, so I think that the two sets will complement each other nicely.”

I have both of the Bigger, Stronger Opponent (BSO) DVD sets and Stephan is right -Brandon and Emily’s games are very different but equally effective. I loved Series 1 and learned so much from it that I worried I would be disappointed with Series 2. As I write this article, I’ve only watched half of the first DVD but it’s given me a whole new way of looking at takedowns and guard passing. The techniques are ones I’ve seen in the past, but Brandon’s attention to the tiniest of details made me understand why they hadn’t worked for me in the past. (Keep an eye out for my reviews of both sets on Breaking Muscle.)

Although his most popular DVDs are the BSO sets, Stephan has also released DVDs covering sweeps, leg locks, escapes, sneak attacks, half guard, submissions, drilling, and even yoga. Articles cover topics such as women in grappling, wrestling, interviews with accomplished martial artists, and much, much more. When I spoke to Stephan I was having problems maintaining calm breathing during muay Thai sparring and asked for his advice. Here is how he coached me:

Breath control is really, really important. People who suffer from claustrophobia often end up holding their breath. Or even if they don’t hold their breath then they become convinced that they can’t breath. Taking several long, slow, deep breaths is often a way that helps get the panic under control.

Stephan suggested cardio outside of class, including sprinting, but he also sent me links to two articles, Grappling with Claustrophobia in Brazilian Jiu-jitsu and Breathing, Oxygen and Exhaustion. Since I read them and was better able to understand what was happening to me, I have been able to relax and focus more on my training without my breathing slowing me down. To date, there hasn’t been a question about BJJ that I couldn’t find the answer to on Grapplearts. 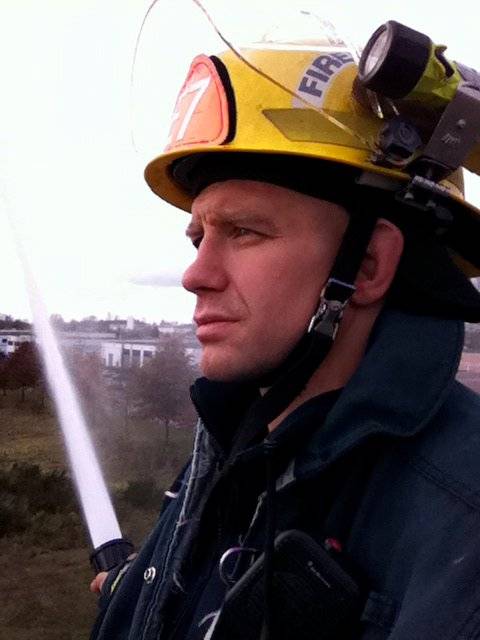 Based on the volume of material he produces, I thought the BJJ business was Stephan’s full-time job. But it turns out that Stephan is actually a fireman. That made me realize that I didn’t know much about Stephan himself, so I asked him to end our interview with some personal questions:

The only thing I disagreed with Stephan about during our conversation was the definition of a cheat meal. His cheat is “dark chocolate between 55% and 75%, preferably with roasted almonds or hazelnuts.” Mine does not contain anti-oxidants.

People like Stephan Kesting, who genuinely enjoy learning and sharing their knowledge with others are priceless, especially in a martial art as complex as Brazilian jiu jitsu. It’s an art that is ever evolving and Stephan regularly provides its followers with information about the latest concepts. Check him out on Facebook and sign up for his newsletters to be notified of his latest articles, interviews and instructional videos.