To get to my grappling academy, I enter a door and walk up a narrow flight of stairs. Since I usually arrive in time for the second of two classes in a row, upon opening the door at the top of the stairs to enter the hallway where the academy is located I am immediately hit with a wall of olfactory input that feels like an actual, physical assault on my person. Especially if it is particularly hot or a particularly large class, walking through the door is like walking into a giant sauna, only instead of using water, someone has strained beef broth through a dirty sweat sock and then poured THAT on the glowing hot rocks.

A friend and training partner of mine commented once that a grappling academy after a training session smells like “feet and old ham.” Well, she said it once, and then she said it numerous times thereafter because it made me laugh so hard. And because it’s true. Any grappling academy absolutely reeks after a class. Even the delicate, dainty ladies who attended the most recent Women’s Grappling Camp brought the funk and brought it heavy.

In addition, in my experience, most everyone I’ve ever trained with, presumably myself included has a distinctive smell. This may not be what you’d call a “marketable skill,” but after several rounds of training, once the sweat has started to drip, I would definitely be able to identify at least some of my current training partners if I were blindfolded, just by sniffing. I don’t know what my, um, signature fragrance is. Given my heritage, I suspect it is a mixture of borscht and haggis, punctuated with just a soupcon of fish and chips wrapped in newspaper.

Lest you think I’m picking on grapplers, believe me when I say such strong smells are not limited to my academy, nor to Brazilian jiu jitsu. I’ve smelled some serious funk at weightlifting meets, soccer games, you name it. Wherever there is sweat, there’s the potential for bacteria to perform their malodorous alchemy. Indeed, given the few times I’ve stood on a medal podium and what I’ve smelled there, I’ve often wondered what things like the arena in which the 1980 U.S. Olympic hockey team won the gold medal smelled like, especially once team captain Mike Eruzione beckoned the entire team to join him. After all, those guys hadn’t just spent the afternoon seeing to their toilette.

So why am I fixated on the smells of exertion? Well, the other day I was in the locker room after a sweaty training session, waiting to stop dripping enough so I could put on my street clothes and head out. While I was waiting, I thought about how much time I spend smelling this way – a lot – and how I usually feel about it – gross. I started realizing that while the smell is not the goal, it is part and parcel of the journey. Just like you can’t make an omelet without cracking eggs, you can’t reach your athletic potential without sometimes smelling like rotten ones. 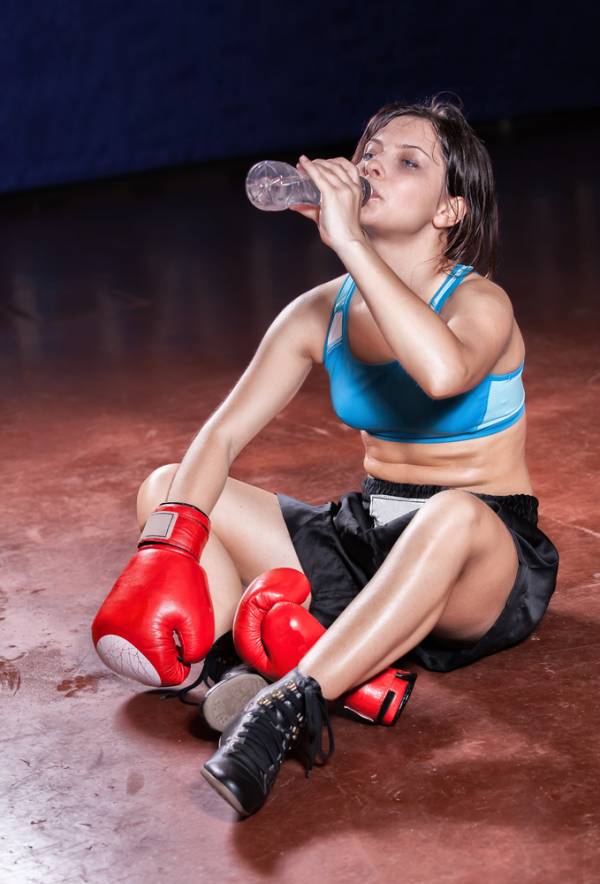 I’ve decided to embrace my funk. I’m still always going to clean up after training, of course, both because I don’t live in the Middle Ages and also because there’s nothing quite as lovely as that post-training shower, where you go from utterly filthy to squeaky clean. But I’m going to try to stop being so quick to disparage the smell of exertion.

I accept (and even secretly take pride in) the bumps and bruises, the black eyes, calluses, and stiff muscles I acquire from my physical activity. Not only are they an understood part of the package, they are also an external manifestation of my effort. They speak volumes about what I do and what I sometimes have to sacrifice in order to do it.

It occurred to me the same goes for the stink. I’ve decided excellence has a smell – and at times, the smell of excellence could stop a mastodon in its tracks, strip the paint off a house, bring down a vast computer network. Its debilitating power is part of what makes it excellent.

So the next time you are enjoying that quiet post-workout moment and experiencing the scent of your own and your teammates’ exertions, think about what that scent signifies, and celebrate it, just a little. Don’t celebrate it all over a freshly-showered friend, or a significant other who is all gussied up, but remember: It means you’re kind of a badass. A stinky, overripe badass.