Is Ultra-Endurance Training Good or Bad for Your Health?

You would think running a marathon every day for seven days straight might have a bad impact on your health, but a recent study suggests otherwise.

Several months ago I reported on the effects of endurance training on the brain. Under certain conditions it seems as though long-distance endurance sports could be harmful to health. This may be true only if taken to an extreme, and the available research on the topic is quite limited. In a study published this month in the Journal of Strength and Conditioning Research, researchers from the University of Copenhagen examined a host of health markers taken before and after an ultra-endurance event.

When taken to an extreme, any form of exercise can be harmful to health. Whether you look at bodybuilding, powerlifting, or CrossFit, too much of anything is a bad thing. Overtraining syndrome is perhaps the first problem that comes to mind. Injuries might be the next thing you’d think of. Extreme exercise might even be damaging to the organs.

When it comes to endurance training, however, the boundary between working hard at your limits and pushing into an unsafe zone is unclear. Unlike many weight lifting programs, endurance training is supposed to be high volume. In fact, higher volume seems generally to be better for fitness. Compared to hitting the weights, the cutoff point for healthy, productive endurance training is ambiguous at best.

It’s interesting to compare the University of Copenhagen study to another study that I’ll refer to as the ULTRA Study, which tracked the health status of over 1,000 ultra-endurance runners. In the ULTRA study, injuries were found to be the most common problem reported for runners who said they wouldn’t run an ultra-marathon again. Injury rates could be a good measurement tool for determining health consequences. However, there were only eight of these individuals out of 1,000 participants, and they were all still running regularly. That’s not a very damning health concern.

The runners in the ULTRA Study ran a little less than six miles per day on average. That’s more than most people, but not what I would consider extreme. In the University of Copenhagen study, the runners participated in a multi-stage race that consisted of a full marathon every day for seven days. That’s an amount of exercise I would consider pretty extreme. 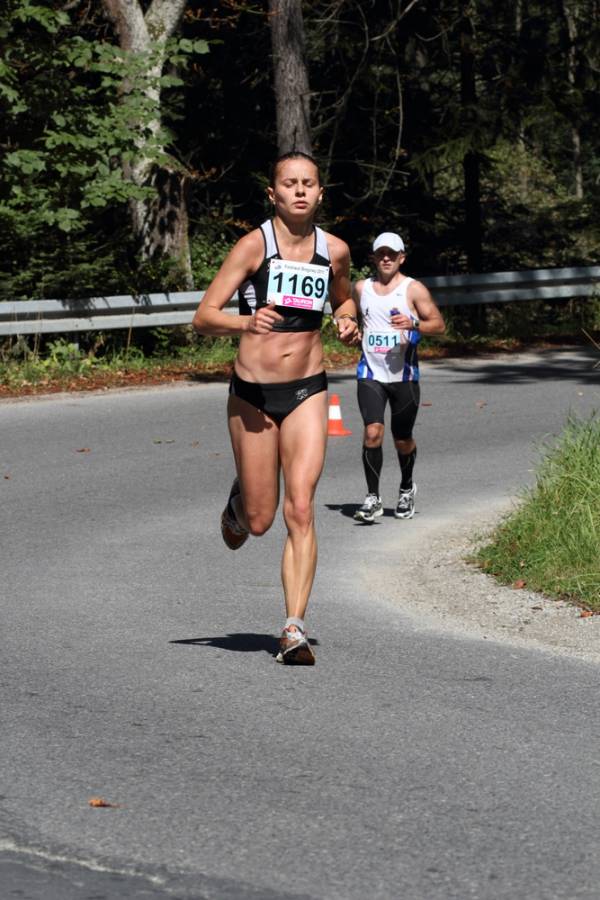 The researchers in the Copenhagen study noted the most commonly cited problems with ultra-endurance running are usually muscle damage, liver damage, electrolyte disturbance, and increased cortisol. Prior to the first day of racing the researchers took blood samples of the participants to determine a base-line measurement in each of these common problems, which they then compared to blood samples taken after the event.

The tests indicated very few problems whatsoever, and the problems they did find were insignificant. There was an increase in markers for muscle and liver damage, but the amounts were minor. There was no indication of greater damage than that found during less extreme exercise, and the markers of liver function were still strong. There was also no change in electrolytes or cortisol after the week-long event.

So the running wasn’t damaging. Further, the runners had lower body fat, greater lean muscle mass, and improved cholesterol at the end of the race. This means they experienced measurable health improvements after only seven days, which is a substantial result considering the runners in the study were highly trained competitors.

The race in the Copenhagen study was done on a flat course in mild weather. The racers had mandatory daily breaks, including time for sleep, and could eat and drink freely. Since some of the existing literature indicates health problems, it may be that extreme conditions with little rest may place a more substantial burden on the body. If you do enjoy ultra-endurance racing and training, it seems to be safe as long as the conditions are good.