While her resume is that of a Renaissance woman, there is a common infrastructure supporting all of professional athlete Phaidra Knight’s pursuits: an abiding belief in herself and her capacity to make meaningful choices. From an early age, Phaidra was surrounded by friends and family members who inspired her to achieve, and whose arenas of achievement happened to include numerous sports.

Phaidra’s grandfather, with whom she spent quite a bit of time as a child, always introduced her to others with the phrase, “Phaidra can do anything,” to the point where she simply believed it as a matter of course. Her uncle, a basketball player, taught her technique and played with her from the time she was five years old. Her father, a golfer, frequently brought Phaidra and her sister to his tournaments, where they got early and significant exposure to the world of golf (and to driving the golf cart). Her mother took up running in her thirties and now, close to thirty years later, still runs ten miles a day. And a childhood friend became one of her very first football playmates, in second or third grade. Tackle, if you please.

Phaidra’s assumptions about her own potential continued into college and then in law school. While she did not participate in formal athletics in college, it was after her first year of law school that she rediscovered her love of sports. In fact, she credits rugby with helping her persist in law school, a path she was questioning because she wasn’t sold on becoming a lawyer. But, as a believer in the educational importance of the experience, she was able to use rugby to help her strike the life balance she needed to finish school.

Phaidra discovered rugby through a basketball acquaintance. She had eligibility to try to walk onto the University of Wisconsin basketball team when she came across a woman who invited her to a rugby practice. At the time, she had no idea what rugby was, but she was intrigued when she heard it described as “like soccer and football,” and doubly so when she learned there was an element of tackling. After the first practice she attended, it was pretty much history. She went on to play professionally, developing a sophisticated understanding of the sport through playing multiple different positions (including flanker, prop, and front line). She was also on multiple World Cup teams and even got in extra practice for a time with the all-male Chicago Lions. 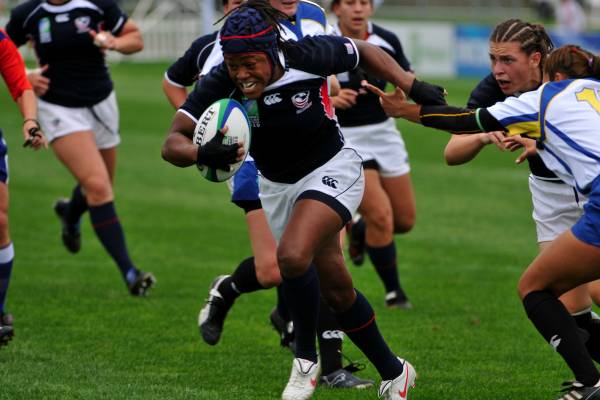 More recently, Phaidra has pursued her interests in CrossFit and bobsledding. She is currently focusing her training for the bobsled combine in June, with an eye on a spot on the next US Olympic team. Rugby and CrossFit have taken somewhat of a backseat until then, but each sport she has pursued has afforded Phaidra the opportunity for increased self-awareness and self-development. For example, rugby reflected a chaotic time in her life, but it also saw her develop into a more mature person and discover who she was as she learned to deal with her issues with more finesse. In this newer chapter involving bobsledding and CrossFit, Phaidra strives for the best results in the most efficient and technical way possible. Even if she doesn’t actually make the bobsled team, the journey is as important, as it symbolizes a new horizon in her life, where she has a better handle on who she is and how that relates to who she was and who she wants to be.

Given that Phaidra is clearer today about her goals and her path, it is probably not surprising that her plan in five years is to be doing more of the same things she’s doing now: still pursuing athletics, but with other layers, including television personality, philanthropist, and non-profit supporter. Phaidra has also spent time as a motivational speaker, focusing frequently on school-age children and discussing with them issues of leadership and a stance against bullying. She imparts to her audiences that who they were doesn’t matter – as leaders, what matters now is the choices they make going forward. Which side of the line are they planning to stand on? 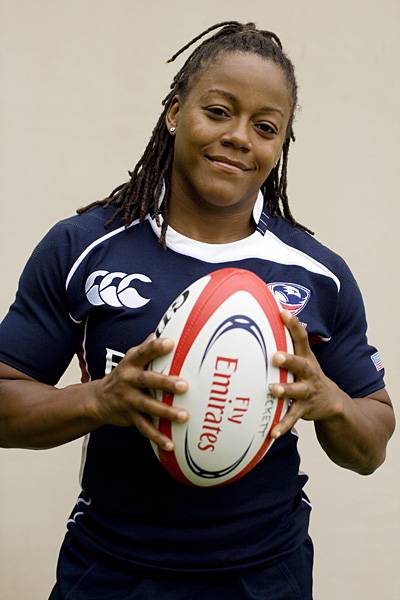 Phaidra meditates daily. Connecting spiritually is big for her. It focuses her, quiets her mind, and gives her an opportunity to show gratitude. She loves meditating on the beach, traveling, meeting new people, and otherwise connecting with positive things and individuals. Indeed, when asked what advice she would give to people who might need a bit of inspiration to pursue their goals, she commented that each of us is our own biggest judge. So sometimes we have to remember that each of us needs to forgive ourselves – we are the only ones who can do it. Everything we want to do and become is solely up to us. Nothing matters but now, maintaining a perspective that rebirth and new possibilities are available at any moment. She suggests everyone live each day as if it’s his or her last and try to find the silver lining in every minute, every experience.

As a final thought, Phaidra commented that Olympic athletes need support. There is a perception that these athletes have incredible pools of resources and financial backing, but this is far from the truth. Olympians tend to pursue their passions and strive to be the best in their sport despite the fact that it is not a lucrative endeavor. Professional athletes have a better situation, of course, but athletes in sports like bobsled and others that are not marquee events need support too and often find creative ways to raise money.

Phaidra Knight is living up to her grandfather’s beliefs about her, taking them on as her own and allowing them to take her to the most wonderful and unexpected places. We at Breaking Muscle wish her luck in June and look forward to cheering her on.