Merging Selves: My Continued Development as a Grappler and Its Larger Meaning

My relationship with BJJ is evolving. Sometimes I wear a suit and talk to academics, and sometimes I write about jiu jitsu instead of training. I am merging my lives into one whole.

A few months ago, I had the opportunity to give a presentation in front of an academic audience. It was a presentation about me and my orientation to learning theory, for a group of faculty, instructional designers (people who create learning experiences for universities and corporate clients), and student services professionals (academic advisors, registrars, etc.) at a fairly high-powered university. While one of my identities is grappling dirtbag, another is learning theorist. As part of my graduate work, I studied influences on learning such as context, prior knowledge, community, motivation, and the like. I know; blah blah blah, right? But having a background in this area has turned out to be useful to me in a wide variety of contexts, including teaching and learning BJJ, as well as writing about it for Breaking Muscle.

As part of my presentation, I showed this video:

And then I explained how BJJ is a complex knowledge domain and how I frequently describe and understand it through the lens of various learning theories and best practices. I explained how the principles of instructional design apply to the creation of learning experiences related to BJJ, and how my understanding of these principles helps me teach, learn, and write about it. Notably, there was nary a karate chop hand in the room (something grapplers are frequently confronted with by the well-meaning but uninformed), and only one or two comments about how I could probably beat up the other people in the room. In other words, the academics were open to the idea of discussing BJJ in a scholarly manner.

Choosing BJJ as the topic for a formal academic presentation was a big deal for me. I’ve discussed my academic background with many of my grappling colleagues, and I’ve argued that BJJ should be treated as a scholarly discipline. But the former has always been kind of relegated in a grappling context to the status of interesting factoid about me, and the latter, so far, an academic (no pun intended) exercise. This was the first time I claimed grappler status to a group of scholars in a way that incorporated that status as an integral part of my identity as a scholar as well, rather than as a mildly notable diversion from it. In other words, it was the first time I did the same thing for myself that I believe should be done for BJJ: I treated the grappler part of myself as on par with the academic part of myself, with no apology. As an aside, it was also the first time I had discussed BJJ while wearing a business suit. (Once many moons ago I was coerced into “demonstrating” some BJJ while wearing a bridesmaid’s dress, but that’s another story.)

Now that I have begun the process of allowing myself to marry two important aspects of my personality, I’m finding it to be quite profound as the next step on my BJJ journey (which, in my mind, is synonymous with my life journey). I’m contemplating the implications it has for how I allocate my time and energy. Here’s what I mean: These days, I spend a lot of time thinking about how I can best contribute to the field of BJJ (which is how it would be referred to in academe: “the field.”) I want to give back because being involved in it has given me so much.

In a different article, I repurposed the idea of Salieri, a contemporary of Mozart, as a model for the many among us who grapple and want to make a contribution to grappling writ large. And my willingness to include my grappling persona as part and parcel of my academic persona feels like forward progress for me along the path of my own evolution. What I’m realizing is that claiming both of these facets of my identity simultaneously, for a single audience, is helping me develop a game plan for contributing to the field of grappling just as I have a game plan for my personal development as a grappler.

Particularly given the recent events in our community, we need smart, conscientious, motivated people to be working on ways to make us better, as a sport, as a subculture, and as individuals who populate these. (And my mom thinks I’m smart, conscientious, motivated, and cool, so there you go. Maybe your mom thinks the same things about you. So how do we build on that?) 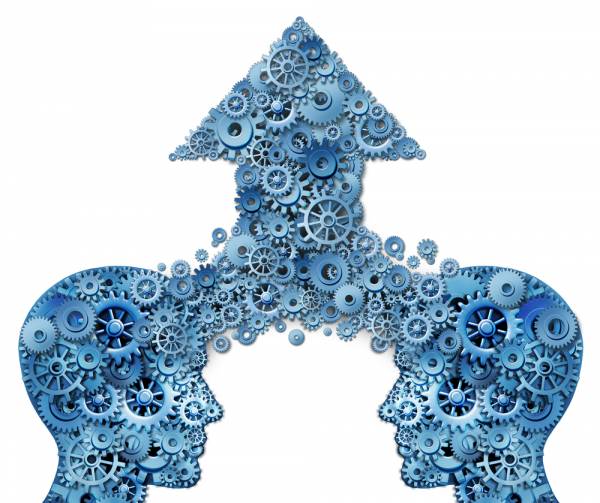 The point is, my development as a grappler continues and will for as long as I live. Just when I think there are no more surprises in terms of how BJJ will affect and transform my life (I will always be surprised by how much there is to learn technically, of course), I’ll come to yet another profound realization about my training and myself. This most recent realization in the form of a melding in my mind of these aspects of my personality and identity is resulting in a shift of focus outward and toward the long view. I’m getting in deeper and deeper, and in more and more ways, even after many years, during which I have on multiple occasions (mistakenly, of course) thought to myself, “Now I’ve seen everything.”

When I first started training many years ago, I just went to class and got my ass kicked. Then I decided to build my life around it, quitting jobs, selling condos, tearing lifestyles up by the roots. I turned my back on the self I had been until then, although given what I turned my back on it for, I should have known better about turning my back on anything. Farther on, I decided to try to strike a better balance between being a grappler and being the rest of me, which had never really gone away, of course. I got the opportunity to write about grappling-related things that are important to me, things that, gratifyingly, turn out to have resonance with others too.

Slowly, I started to understand how my actions, positive and negative, might have an impact on others in the field, and slowly, I’m starting to understand what I want those actions to be and how to make them happen. I’m turning my focus outward by continuing to look inward.

This process changes, yet again, what I have historically believed to be what it means for me to be involved in BJJ. Now, being immersed in BJJ means wearing a suit sometimes, and abstracting principles about life that apply across contexts. And sometimes it means not actually training two-a-days five days a week because thinking and writing about it in the ways I do are time-consuming and psychically taxing (but I love those aspects of it and consider it a gift that I am able to indulge in them). So, yet again, for the umpteenth time in what feels like as many years, my orientation to BJJ is shifting as my understanding of myself does the same thing.

What does it mean for you to self-actualize in the context of BJJ? What do you want to accomplish? What benefits and responsibilities might accompany that process for you, and what are the implications for you – and for us?