Kobe Bryant’s Achilles Injury: Why It Happened and What We Can Learn

If you follow the NBA you know Kobe Bryant recently suffered an Achilles tendon injury. Why did this injury happen on a simple move? Here’s my theory and what we need to learn.

If you are not aware, Los Angeles Lakers star Kobe Bryant suffered an Achilles tendon tear during a regular season game against the Golden State Warriors on April 12, 2013. Without question this will affect how the Lakers advance in the 2013 playoffs. Like other Laker greats of the past, such as Elgin Baylor, Jerry West, Kareem Abdul-Jabbar, Keith (Jamaal) Wilkes, Magic Johnson, James Worthy, and Shaq, Bryant is unquestionably a major cog in the perennially well-oiled Laker machine.

The injury occurred during a typical basketball maneuver – an innocuous leg drive off the floor to get around an opponent. It was not akin to the nature of the University of Louisville’s Kevin Ware’s horrific injury, suffered in the NCAA Tournament, where extreme force was placed upon the right leg upon landing from an all-out leap in the attempt to block a shot against Duke.

So, what can we take from this unfortunate injury to a star player during a seemingly normal play? Not to point to a specific culprit for the reason Kobe became injured, but let’s look at some facts. Kobe entered the NBA at the age of eighteen. He went directly from high school to the pros. No big deal because it has happened a number of times. However, he has now played sixteen NBA seasons since 1996. He is 34 years old and has logged this:

The NBA pre-season starts in October and conjoins with the regular season in November, which runs through mid-April. Add playoff games that run through May and this results in eight months of muscle, tendon, and ligament stress that must be dealt with each year. Multiple years of running up and down the court, jumping, landing, planting, turning – often times awkwardly – can take a toll on the musculo-skeletal structures. In this way the body is similar to a rope or other connective device that experiences physical wear, tear, and erosion. Your car tires and car engine components are other examples of long-term use resulting in eventual breakdown.

Add to this the numerous hours Kobe spent in team practice sessions and working individually on skill work. These sessions further compounded the volume of the stress load his body has had to deal with.

I find it remarkable that more injuries don’t occur among veteran NBA athletes due to the career volume of joint stress they accumulate. Much of their ability to tolerate this can be attributed to safety-oriented strength and conditioning coaches and vigilant head basketball coaches who understand the wear-and-tear factors for these long-time elite players. These coaches know the human body can only take so much before all hell breaks loose, physically speaking.

But we are talking about Kobe Bryant, a new Laker head coach, and the team’s 2013 playoff journey. Expectations of this organization are high, and the team has hung its hat on Kobe – now an older and more physically-stressed player – throughout this season. Certain teammates have failed to live up to their potential over the course of the season (many due to injury) so they have leaned on him significantly.

But here is the dilemma: we know the Lakers need Kobe to win NBA titles. But to do this, the 36-year old, sixteen-year veteran will accumulate even more muscle, tendon, and ligament pounding, soft tissue micro-tears, and other repetitive force-producing events. The reality of this give-and-take situation is the structural integrity of his musculoskeletal system will be compromised. And not surprisingly, as it occurred in this case, the structure of his Achilles tendon was breached during a normal basketball maneuver.

Was this injury preventable? Possibly. Are risks taken for the purpose of winning in a championship? Absolutely, yes. Do you use the talents of a key player knowing he or she is at risk of exacerbating a past injury? Maybe. As the old saying goes, “shit happens,” and whatever the rationale, it happened to Kobe Bryant on April 12. 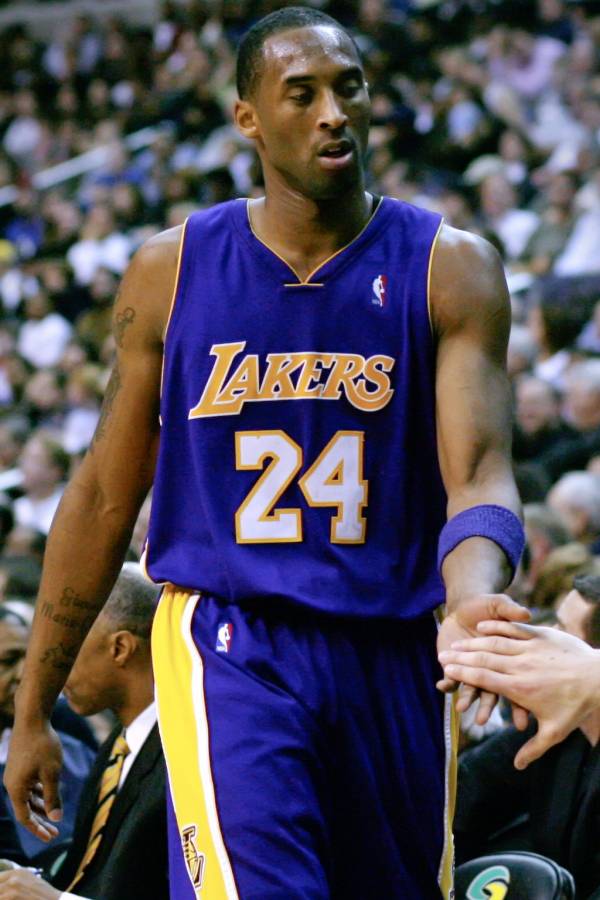 So, what can we glean and learn from Kobe’s injury? Inevitably, you will age and decline physically. You can slow the physical decline with smart training and proper recovery. Work hard, but rest hard to recover from and adapt to sport practice and training exercise stresses.

Do you feel something coming on? Did you tweak your knee? Are you experiencing a funky soreness in you low back? If so, it’s better to be cautious and back off. Tend to it. Let it heal before you make it worse. A little downtime now is better than a lot of injury off time due to your heroic effort to fight through it.

We know playing and practicing basketball – or any repetitive jumping, hopping, landing, planting, cutting, and turning sport – stresses the musculo-skeletal system. Therefore, don’t be a moron and engage in a separate high-impact plyometric program that will only create additional stress for your body. If you’re going to employ jump-type drills, confine them to sport-strategy training and exact sport skill drills that you need to incorporate anyway to improve.

Lastly, whether you’re a budding young athlete or a seasoned veteran, strengthen the engine of your body – the muscles – by using safe repetition speeds in the weight room. Slow it down, recruit more muscle, and create an overload on the higher threshold, higher force-producing muscle fibers. By minimizing momentum, it will reduce the shearing force on the muscles and lessen the overall stress placed on the joints. Get a grip on the fact that you don’t have to move fast in the weight room to enhance power. Your “fast” movements will be done when you practice and play your sport (with a risk, of course).

As for Mr. Kobe Bryant – a lock for the Hall of Fame when he retires – I hope he can recover from this injury and return to the court next year.